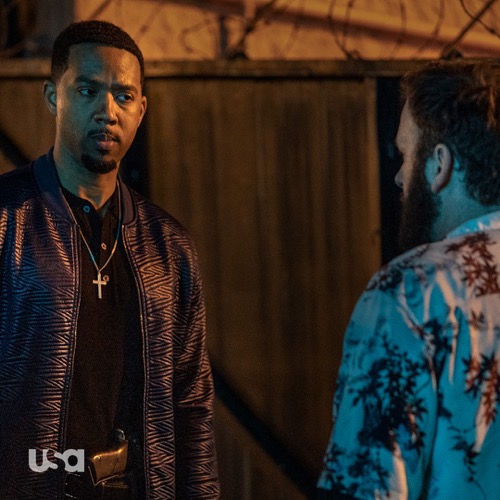 Teresa thought everything was good. She knew the judge was a snake and that’s why she was having him followed, but what she didn’t count on was Marcel Dumas. The man threatened her into a business partnership and now wants revenge because she pulled out. Teresa didn’t want to be used by anyone anymore. She was the boss now and so she made a boss move. She reneged on her deal with Marcel because she figured her people were ready for blowback and it turns out she was wrong. Her people were caught unaware and her whole supply was stolen. Javier wasn’t even there. He was off with his cousin disposing of a couple of bodies and so the shop had been left two low-level security.

What Dumas’s men didn’t take, they destroyed. Teresa was completely left without cocaine and she also found a voodoo doll waiting for her at her office. Pote thought it was a curse and Teresa disagreed. She knew what that doll meant. It was a declaration of war and so Teresa blames herself for it. She didn’t think Dumas was the type to want an all-out war. Teresa underestimated and she didn’t want to make the same mistake twice. She wanted information on Dumas and she had her people go digging into his background. Teresa was also asking around about Javier and Boaz and no one’s seen them since they were at the bar. Javier had left Birdie go home early because he said he would close up and then he leaves the door unlocked.

Teresa was worried something could have happened to them, but nope! Javier and Boaz were getting rid of the bodies and then they saw someone watching them. So they had to go looking for the witness. They had to get rid of him before he could for help and the guys’ chief concern was that they didn’t want what they did to get back to Teresa. Teresa therefore had no idea they were okay and she was beginning to think the worst with her men’s bathroom stinking of bleach. They also found some bloody towels in their trash and so everyone thought the guys were dead. They even thought Dumas’s men had killed their soldiers and so they ante up calls for war. George and Pote wanted to kill first and ask questions second.

Teresa wasn’t ready for that just yet. She had Pote go back to the house to keep an eye on Tony and she had George send a message. George was supposed to grab Bobby who was Dumas’s second in command, but George instead found Bobby’s girl sleeping with someone else and so they threatened the guy into revealing Bobby’s location. The pair had to know where Bobby was at all times if they wanted to carry on their affair and so they were quickly told where he was. Bobby runs an illegal poker game and unfortunately today of all days he needed a breather after inhaling cigarette smoke all day. And so he walked right into a trap that George had laid for him and now he was a hostage.

Teresa kidnapped Bobby and afterwards she demanded that he tell where her men are. It was to be an exchange, you see. Teresa wanted Javier and Boaz back and she was willing to let Bobby lived if he told her. Only Bobby didn’t know anything about Javier or Boaz. He was beaten to a pulp and still couldn’t tell them what he didn’t know. Bobb was eventually able to convince Teresa that he didn’t know and for that she showed him kindness. She had his restraints removed and then asked him about what Dumas was capable of. Bobby admitted that Dumas wasn’t a killer by nature and so her men were probably still alive. Then Bobby tried to overpower George and get his hands on the gun, but in the struggle, the gun went off and it killed Bobby.

And it was all for nothing. Javier and Boaz weren’t danger or even fearing for their lives. They were off in the swamp hunting down a witness and disposing of the additional body. They were also lost and that’s why it was taking them forever. Meaning Dumas never kidnapped anyone and he wasn’t as much of a threat as everyone thought. He could be handled and the real threat was the judge. The judge went by Pote’s house and left a message with Kelly Anne. They wanted Teresa to know that the judge doesn’t like being followed and in turn of bad luck the judge had also seen Tony at the house. He had asked if Tony was Teresa’s son and Kelly Anne denied it, but she was a poor liar and so who know what the judge will do with this information.

And when Javier and Boaz were finished with their witness, they went back to their car to find out it had been towed and that spelt horrible things for them because there was still one body left in the trunk. So it had been a surprise when they finally got back that there was a dead body killed at the warehouse.