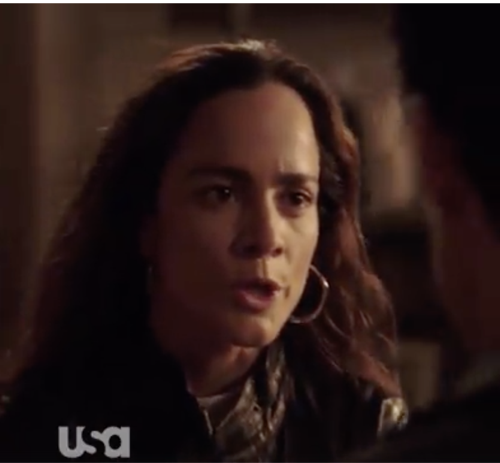 They killed Bobby. Teresa and her men were holding onto Marcel Dumas’s second-in-command because they thought Dumas had some of their guys and they wanted information. She hadn’t wanted to kill anyone. Teresa thought Bobby would tell her what she wanted to know, but he instead forced her hands. Bobby tried to escape and he was killed in a struggle for the gun. He died and it turns out he died for nothing. Neither Bobby nor Dumas had anything to do with Javier going missing. Javier later showed up on his own accord and with his cousin Boaz. The two men claimed they enjoyed a night out. They also denied any knowledge of what happened to security feed and they swore they didn’t know why the bathroom had been drenched in bleach.

It was a mystery to them and Teresa had to accept it. She did, however, warn Javier that if he wanted to act like Boaz then maybe he should get on the plane back to Mexico. Teresa had killed an innocent man for him and that’s what guaranteed the war. She and Dumas having a spat before and that all changed with Bobby’s death. There was no walking that back and Duma’s retaliation was going to come. It was going to come at the worst possible moment. Teresa was in talks for going into business with a new partner and it would help break into the overseas market. She was supposed to meet another female boss by the name of Oksana and the meeting had been set up by El Gordo.

El Gordo went to great lengths to set up the meeting. He told Teresa that if she didn’t make it that not only will she lose the chance at working with Oksana, but he also said he would be done with her as well. So Teresa had to attend the meeting. She couldn’t afford not to and she couldn’t look weak either. Teresa needed to prevent any fallout on her home turf and so she decided to go to the judge. Judge Lafayette controls everything in New Orleans. He could be called upon to talk to Dumas for her and that’s what she needed him to do. Teresa also reminded the judge that no one makes money during a war. If that does happen, then New Orleans will bleed out and the judge would have lost most of his side “interests”. The judge got where she was coming from, only he didn’t want to make things easy on her.

Judge Lafayette wanted ten percent of her business. Teresa had been willing to give him ten grand but not ten percent. He was pushing things and he knew it. The judge waited until she had been backed into a corner to make unreasonable demands and, when she told him she needed time to think, he decided to backstab her. The judge called up Dumas and he gave the man one shot at putting Teresa in her place. The judge said that this was a case of an eye for an eye and so he didn’t things to go beyond that. He also demanded cash because that’s just who he is. The judge got paid for giving Dumas the one shot at hurting Teresa and so of course Dumas sent all his guys to hunt her down.

Even the women got involved. Jasmine called Dumas and told him she saw Teresa at the club, so Dumas sent his men there. They couldn’t kill her out in the open and so they waited. They waited for Teresa to pry herself away from her party and go to the ladies bathroom. Which she did. Teresa wait to the bathroom and noticed something was off from the start. She got the jump on the guy in the stalls and rushed out. She had George finish the man she had beaten up and she was going to wait for him outside, but Dumas’s men had been out there and they chased her. Teresa had to run into a close down building and she would have died if George hadn’t showed up. He saved her life and he got her out of there.

They went back to the bar. Teresa went over everything that happened and surprisingly she wasn’t the only one thinking of the future. George was considering his future now that he was sure things couldn’t keep going on like before. He admitted that he’s felt different since Bilal and he didn’t feel at place with distribution. George told Teresa he felt lost and so Teresa created a new path for him. George was given money to go find a safe place. Teresa was going to need an escape route if the worst happened and so she gave George leave to go the tropics long enough to clear his head. George thanked her for that and he took the opportunity she provided. He was leaving town for a while and he asked Birdie if she wanted to come. And unfortunately she couldn’t because there were still a few things she wanted to do in New Orleans.

So George left town on his own. Teresa was down a loyal man and the one other person she could trust like that was Pote. Pote who wasn’t there tonight because he was dealing with Tony again. Tony made the mistake of leaving the house. He grabbed a gun and went looking for Teresa because he somehow thought he was going to help her, but he didn’t know his way around and he was still a kid. Tony thought he had something to prove and he didn’t. His dad may have joined the cartel when he was young though things didn’t end all that well for the father and so Tony has to be smarter. Pote found him in the park and he brought him back to the house. Pote was with Tony when Teresa needed him and so that made her question if she needed more loyal men.

Teresa questioned Javier and he said he was loyal, but now he has to prove it.

Teresa was losing good people and just when she thought it was safe – Dumas had Birdie stabbed and the Russian procrastinated on whether or not she wanted to go into business with Teresa.