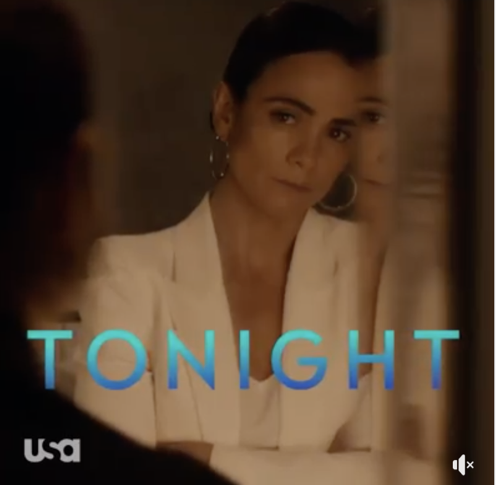 Birdie was in truth just the bartender. She didn’t know any of the details about the rest and so Duma’s people chose her because she was an easy target. Birdie was taking the garbage out when they jumped her. They stabbed and left Birdie to die because they wanted to hurt Teresa. Which they succeeded in doing. Teresa knew Birdie was harmless and so she blames herself for what happened to a friend. They weren’t a lot of people Teresa could call friends in this business. Birdie was one of them and luckily the other was Pote. Pote gathered the men in preparation for war, but once again no one could locate Javier and so they tracked him down only to find him with a woman. Javier was with his girlfriend.

It’s a secret relationship because Emilia was Boaz’s ex-fiancée. Boaz doesn’t know that she’s with Javier now or else he would have killed the both of them. It seems Boaz has only ever loved one woman and it just happens to be Emilia. If the truth about her got out, then it would be more than just Javier’s life on the line and for that Teresa chose to remain silent. She wasn’t going to betray Javier to his cousin. It also didn’t hurt that Javier needed to be brought back in line and that’s what this opportunity gave Teresa. Teresa chose to put the information in her bag for another day because she wanted today to be about Birdie. Birdie needed to be avenged and so Teresa used Javier to trap Dumas’s men.

They were still looking for more of her own people to kill and so she gave them one. She turns the tables. She lured them into an ambush and killed everyone. She also left the bodies behind as a message for Dumas. She wanted Dumas to know that she could keep going until everyone from his side was dead and that scared him. His own people were scared as well because they reached out to the judge and Judge Lafayette intervened. He told Teresa to lay off now. He said that Dumas has had his revenge because technically she drew blood first and so Teresa agreed with him. That is up to a point.

Teresa said she would choose peace as long as Dumas did the same. The judge said he would talk to Dumas and he never did. He never once tried to stop Dumas because he wanted Dumas to continue. Dumas found out the rest of his men were killed and that’s when he decided to stop playing around. He was going to go full scorched earth by bringing in people from Atlanta. Dumas knew he couldn’t take Teresa on his own and so he reached out to his allies to provide him more firepower. His friends were in the city for barely an hour when an attempt was made on Pote’s life. Pote only survived it because he’s old hand at this. He also received a special blessing to combat the possible voodoo thrown his way or Teresa’s and so Pote was good.

Pote also lived to tell the tale. He saw the Georgia license plates and he told Teresa that Dumas was outsourcing his problems. So Teresa knew an all-out war would destroy everything. Teresa tried to call her men to her and it turns out they were all being arrested by the judge’s corrupted officers. It didn’t make sense at first, but that’s when she realized that the judge was trying to force her into accepting his deal. The one he made before. Judge Lafayette demanded ten percent of her business for protection and Teresa hadn’t wanted to agree. It was when she was left without men that she had no choice. She called him back and she agreed to sign over her business. She had a man watching the judge and so that’s how she found out he has a spy amongst Dumas’s men.

The spy has been informing on both of them. He was the one that told the judge about Teresa’s coke business and that’s what led to the war between the two sides. Teresa thought Dumas betrayed her trust so she called off a deal, Dumas’s men shot up her distillery in retaliation, Teresa then thought he may have kidnapped her men, so she killed one of his, Bobby dies accidentally, and that’s how it led to so much bloodshed. They needed to put an end to it and so Teresa exposed the rat to Dumas. He had no reason to listen to her before she did that yet she showed him all the same. It was this common enemy that brought them together. Teresa also said she was sorry about Bobby and provided money for Bobby’s family.

Teresa wanted to show that she knew she crossed the line. What she did was a lot towards making up for it and so it’s the fact she changed her mind about working together that sealed the deal. Teresa showed Dumas that the judge was playing them off against each other. It was nothing new to them because it was a slave owner’s mentality and they’ve both dealt with their fair share of racism. They agreed to work together on bringing down the judge. The judge hadn’t known about their real plans and so he was making his own. The judge was going to use Teresa for all the money he could get and, when she ran out, that’s when he’ll let her be arrested. And so both sides were slowing putting everything into place for what came next.

Pote meanwhile thought it was safe to talk and so he told to Kelly Anne about the past, but Tony heard something he shouldn’t have and now he knows he can’t trust Pote.