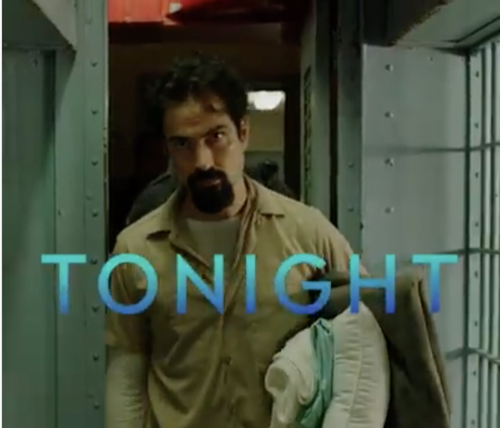 Judge Lafayette carried out a funeral for his nephew Rene. Everyone attended and so everyone heard him threaten the lives of whoever killed the man that was like a son to him. The judge meant every word he said. Only he didn’t know his nephew’s killer attended the funeral with Teresa and Pote. Javier hadn’t told his allies what he did. He was doing his best to keep it secret and it was just unfortunate timing that the judge came by later at the bar. Javier had thought much of it at the time. He assumed the judge was coming from ten percent and the truth was much worse. The judge had his officers track down his nephew’s last location. Rene’s cell phone pinged at the bar and that was the last time it was used.

Javier really should have driven around with the cell phone and that way it could have pinged in other locations, but with the evidence as it is, the judge figured out something must have at the bar.
He told Teresa his suspicions and that he wanted to have an investigation. The judge went on to demand Teresa’s assistance. Teresa hadn’t been at the bar that night and so she said that Javier could help with the investigation. Javier was supposedly managing the bar that night. So he should have seen Rene and it was rather stupid of him to claim he couldn’t remember. Javier automatically alerted Teresa to the problem by playing dumb. She came right out and asked him if he or Boaz had anything to do with the murder. And he denied it to her face.

Javier did his best to appear calm with Teresa and then he panicked when he went home. Javier tried to get his affairs in order once he realizes just it is he pissed off. The judge was a powerful man and he has the police in his back pocket. He was so powerful that not even Teresa could take him on. Javier realized that and so he came to a decision. He decided to come clean. He warned Boaz because at the end of the day that’s still his cousin and he told him that he was going to tell Teresa everything. His cousin wanted him to come back to Mexico. Boaz promised he could protect him and he was even willing to go to war with Teresa. And Javier told him no because he said that if he told Teresa now that she could cover him with the powerful people he angered.

Javier also told Emilia to run. He gave her a few things and he told her to get out of there as fast as she could, but she didn’t want to leave him. It’s not like she could go back to Mexico or stay with a friend. Emilia didn’t know anyone else in America and she really didn’t want to leave him when it looks like he could be killed over this. Not that her pleas did any good. Javier wouldn’t listen to her because he was trying to save her life and so there was nothing she could have said that would have changed his mind. Javier told her goodbye at the house and he tried heading for Teresa, only he was stopped first by a cop. The cop asked Javier about that night and Javier eventually admitted that he threw Rene out of the club.

Javier said Rene was a sloppy drunk. He admitted that he had to throw out quite a few people that night and so the cop showed him a man. The man had been badly beaten up and no one could have recognized him other than his mother. So the cop showed off the guy’s ID to Javier. He also asked Javier if he threw that man out of the club that night and Javier denied ever seeing him. Javier could have blamed it all on the guy and he didn’t. He tried to be noble. It didn’t work in the end because the dirty cop still shot the guy and so Javier’s guilt began to mess with him. He became paranoid and he wanted to be away from that cop so bad that it wasn’t fair when the guy dragged him around. The cop said he didn’t have time to drop him off and that seemed like a weak excuse.

Javier still got to hear the detective’s conversation. He overheard how they found an earring at the scene and he got to go with the detective back to the junkyard. The body, that Javier had left, was found. Javier found himself of playing ride-along when his boss was dealing with another matter. Teresa first had to hear about territorial disputes because Marcel had asked for a favor, but she couldn’t help him and she soon realized she might not be able to save herself. She later received a call from El Gordo and he was warning her that one of his friends had gotten caught with the federal weight. The guy, in turn, decided to give up Gordo in order to escape charges. And he was willing to throw in Teresa as well.

Teresa knew this Cheo could ruin her empire and the only way to stop him seemed to be working with Gordo. Gordo sent his man Ishmael to deal with the problem. Ishmael, however, had wanted to bomb the motorcade and he was set on this plan that Pote had to kill him to stop him. It turns out Cheo was traveling with his common-law wife and his child. Teresa wasn’t in the business of killing innocents and so she came up with her own plan. She set out to kill the federal witness on his own. She went to the judge for his contacts and she agreed to assist Marcel’s friend in return for Marcel’s assistance with getting a man inside the jail. Marcel wasn’t going to volunteer his own man and so Javier volunteered.

Javier came back from the crime scene once he saw that the detectives didn’t suspect him. The cops were searching for whoever was at the junkyard and they were searching for a car that wasn’t around anymore. Javier had sent Emilia the “message”. The one that tells her to flee at all cost and so she called Boaz. She told him that she missed her family as well as her friends. She wanted to come back to Mexico and she begged him to allow it. She wanted to come home just not to him and that’s now how he took her request. He still thought that they were going to be together. Emilia hadn’t discouraged him because she really needs to come back to Mexico and sadly she never made it.

Emilia was arrested the moment the cops saw her broken taillight. It also didn’t help that her car color matched the one that hit the trunk at the junkyard and so the cops believed she was a suspect when they pulled her over. But Emilia made the mistake of running for it even though didn’t have a chance in hell. She was soon caught and now she’s the chief suspect in Rene’s murder.

Javier didn’t know what happened. He signed up for the suicide mission because he thought there was no other alternative for him and unfortunately he made a mistake. He’s killed so many people that some were bound to have relatives in prison. One such guy had attacked Javier before he could reach his target and so Javier was on the hook for murder meanwhile Cheo was still alive.