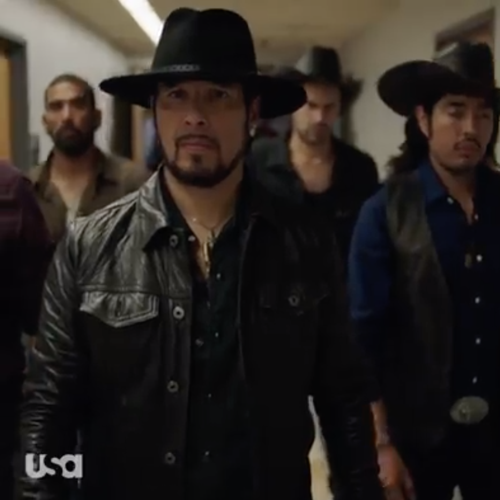 Teresa was too close to the explosion. She was running to the car in a vain attempt to save Tony’s life and so she had been too close when the blowback knocked her out. She had needed to be rushed to the hospital, but all they could do was stabilize her. They couldn’t wake her up because she had to do that part on her own. Teresa needed to fight and the ones that love Teresa also knew that she might not want to wake up to a world where Tony was dead. Tony had been killed instantly. There was no saving him or even burying him and there was no telling who was behind the hit.

Pote did have his suspicions, however. Boaz had come up from Mexico and he arrived rather quickly. He also took control rather quickly as well. He and his people moved in and they informed Pote that they were stopping shipments. Boaz implied there wouldn’t be a point to it with Teresa in the hospital. There was also the fact that without Teresa there wasn’t much of a business. Teresa was the one that made contacts in the city and in Atlanta. Pote had considered one of their many enemies from both regions could have been responsible and so he called Oksana.

Oksana was at that very moment waiting for her shipment. She needed it to keep her business running and there couldn’t be a delay. Oksana expressed her concerns for Teresa. She knew how hard it must be for everyone and so she was relying on Pote. Pote had to rise to the occasion to keep their business running. Pote assured her he could handle it. He also warned her that this could be El Gordo’s men on the rampage and he wanted to where the man’s nephew was. Oksana told him she didn’t know. She was actually going to ground herself after all of this and so he might not hear from her for a while.

Therefore, it all came down to Pote. Pote reached out a loyal man in the organization and he arranged for a shipment to be taken the shipment to Oksana. Pote also talked Marcel. Marcel went to the club to express his condolences and he was met with resentment. Boaz had practically set up shop here. He was drinking all the booze and dictating to all the men. Boaz was on such a power trip that he didn’t think Marcel was worth his time. He thought he could just dismiss the other man and so Marcel informed Boaz that he was in Marcel’s city.

Marcel controlled everything in New Orleans. He could have killed off Teresa’s business and he didn’t because he wanted a partnership with her. Just her! There was clearly going to be no partnership with Boaz and so Marcel went to the hospital. He told Pote that Boaz looked a little too comfortable for his tastes. He questioned if Boaz could have had a part in the bombing and his suggestion was shot down because Javier was there. Javier didn’t think his cousin would do something so stupid.

Javier was also the only person to truly believe that. He stuck for his cousin and he later when to go see Boaz when Boaz ambushed him. It turns out Boaz found out Emilia was last seen in New Orleans. Boaz thinks that she wanted to get back together and that Javier killed her when she tried to leave. See, Boaz had found out that Javier lied to him about seeing Emilia. The only reason he would lie about that was if Javier was with Emilia and that was also given Javier motive on killing Emilia.

Its what usually happens when a woman trying to leave someone as violent as either Boaz or Javier. Only Javier knows he didn’t do this. He was beaten and tortured, and it still didn’t change the truth. Javier confessed that he sent Emilia away for her own good. She would have been endangered if she stayed in the city and so Boaz wanted to know who Javier was protecting her from. Javier was answering questions as Pote received a call from Oksana. Oksana had never gotten her shipment and she was going to send men down there if Pote didn’t handle this.

Pote said he would. He knew he couldn’t do it as Teresa would have and so he talked to Marcel. Marcel had offered to kill Boaz for him. Pote hadn’t wanted to take him up on that and he was only doing so now because he thought Boaz was the one that stopped that shipment. He thinks Boaz hated him trying to take over and that he killed Pote’s men to prove a point. Pote never would have gone after Boaz otherwise, but he was wrong because the person that actually did it was El Gordo’s nephew Elias. The nephew wanted to poke holes in Teresa’s partnership with Oksana.

The best way to do that was stopping the shipment. He knew that Oksana would panic and that it would leave Pote wrong-footed. He just failed to take in everything else that was happening. Pote was going to war with Boaz, Boaz was torturing his cousin Javier, and the real culprit behind the car bomb had come forth. It had been the judge. The judge farmed it out to his men and his men farmed it out to a third party. The guy thought he would kill Teresa with that car bomb and when that failed, he sent someone to the hospital to kill her.

Fortunately, Kelly Anne stopped the killer nurse in her tracks. She stopped her at killing Teresa and then failed at trying to capture her. Kelly Anne got knocked out and so the nurse went back into the room for a second chance at Teresa. By then, Pote had woken up, so he handled it. He and his men captured the nurse. And Pote was by Teresa’s side when she woke up.

Pote later heard from his man Checho that it had been Elias behind the attack on the shipment, so he called off Marcel.

Boa had also decided at the last minute to let Javier live. He told Javier that he didn’t come in to make move on Teresa’s territory and that he was happy with being a soldier.