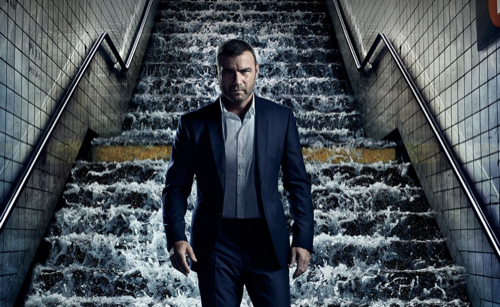 Tonight on Showtime Emmy Award-winning drama Ray Donovan airs with an all-new Sunday, January 6, 2019, episode and we have your Ray Donovan recap down below.  On tonight’s Ray Donovan season 6 episode 11 called,  “Never Gonna Give You Up,” as per the Showtime synopsis, “The Donovans band together to save one of their own; and running out of options, Mac faces a difficult decision.”

Tonight’s Ray Donovan season 6 episode 11 is going to be exciting.  So be sure to bookmark this spot and come back from 9 PM – 10 PM ET for our Ray Donovan recap.  While you wait for our recap make sure to head over and check out all our Ray Donovan news, recap, spoilers & more!

Ray stops in front of Mac’s house but tells his brother to stay in the car, instructing them to call the FBI if anything happens; giving Daryll Rad and Mac’s names. Ray and Mickey search Mac’s house as Rad drives past the bar, exchanging looks with Lou. Mickey walks cautiously into the basement as Daryll spots Rad arriving at the house and loading his gun. Rad walks into the house, causing Daryll to leave the car and enter the house from the back.

Rad puts his gun to the back of Daryll’s head and demands to know where Ray is but Daryll calls him the bitch that kidnapped his niece and informs him that he is a “dead man”. Rad knocks Daryll down as Ray fires all his bullets into him; it takes Mickey several times to get through to him but Ray bolts out the door. Ray marches down the street with his gun to the bar; but he is beyond reason when he smashes the window open and attacks Lou, screaming where his daughter is. Suddenly, Ray is distracted by the television as the news reveals everything on the thumb drive. Ray says, “She is f**kn dead!”

Ed (Zach Grenier) is bowling when he also sees the news, realizing he is going to lose to Anita Novak (Lola Glaudini). Ray calls Ed, demanding to know where his daughter is, promising to fix it; but it seems Ed is completely unaware of what is going on with Bridget. Ray gets upset when Ed hangs up and won’t take his call. Meanwhile, Mac is drinking at the waterfront when Ed calls him, revealing he had no idea they kidnapped his kid; but orders Mac to bring Ray to him. Ray is vomiting when Mac calls him, saying Bridget is fine but he had to move her and they need to meet; giving him a location. Ray tells Daryll and Mickey that he has to do this on his own.

Terry (Eddie Marsan) stares blankly out his window as Bunchy (Dash Mihok) continues to be questioned by the FBI; they want Mickey but he has no idea where he is. He learns of all his impending charges and he is looking at a minimum 30 years in prison. She wants to know why he is acting like he is on the spectrum and all Bunchy does is tell her off. She tells him about the corrections officer he whacked out with a hammer, the injuries he sustained. Agent Ange Howe (Teresa Lim) asks about his daughter, Maria but he tells her to screw off again and doesn’t know where his father was; even if he did, he wouldn’t tell her.

Smitty (Graham Rogers) talks to Sandy (Sandy Patrick) about how Ray tried to kill him as Sandy explains that some children are destined for either greatness or madness; both look at the bloody Danny (Chris Tardio). She assures him that Bridget will be fine as the Donovans are a special breed. Sandy jokes about Smith being a boring last name if Bridget is going to take it when she and Smitty marry.

Mickey and Daryll grab a quilt to wrap up Rad, but Mickey realizes Daryll is bleeding and wants to make sure he doesn’t have a concussion. They roll Rad up like a burrito. Ray finds Mac, saying he will do anything for him just to get Bridget back. Mac feels Ray thinks he is better than him, explaining that none of this was Mac’s idea and pins it all on Rad. Ray tries to appease Mac, saying he would have done the same thing if he was put in Mac’s position; but Mac calls his bs. Mac feels guilty because Ray was the first person who took him seriously and believed in him. He calls Ray his “friend” as Ray pleads for him to tell him where his daughter is. Mac promises he would never hurt Bridget and tells Ray to follow him.

Mickey is worried about Ray walking into a trap and he can’t back him up; Daryll feels Ray will be fine. They return to the house to find blood dragged across the floor and find Lou trying to crawl away outside. He doesn’t give Mick any answers as to where Bridget is before he dies.

Terry is forced out of bed by Agent Ange Howe, she wants him to accompany her to the FBI building and talk some sense into Bunchy. She says that she will let him see Bunchy if he is willing to help her, help him; Terry agrees.

Ray and Mac arrive at the West Shore Motel. Ray gets out of the car as mac wants him to remember that he saved her and him as they were going to kill her for sure. He gives Ray the key to room 216, where he finds Bridget cuffed to the bathroom plumbing. Outside, Mac calls his wife as she calls him an asshole; all he wants is for her to tell Jimmy he loves him but she tells him they never want to see him again and to screw off. Mac pulls out his gun after he tells her it is over. Ray holds Bridget as they hear a gunshot outside; Ray says they need to get out of there. Mac’s head is laying on the horn as Ray gets Bridget in the car, she stares at Mac before Ray drives off.

Judge Scholl (Delaney Williams) comes to see Ed at the bowling alley, saying that Sam (Susan Sarandon) has all of Hollywood working for her and he can’t possibly believe what she is putting out there in the news. He promises they will win the election tomorrow and the day after that is the beginning of the end for Sam Winslow.

Sandy is busy talking away with Smitty, both unaware of Danny breaking out of his binds. Sandy leaves the room to use the bathroom, joking that if the President calls, she will be in her office. Bridget assures her father that she doesn’t need a doctor, all she needs is Smitty. She asks Ray why he would jump, wondering if it had to do with mom or something else. Ray remains quiet as she begs to understand what he is so afraid of. Ray gives her the phone and tells her to call Smitty to let him know she is all right.

Smitty answers the phone, who is so relieved to hear her voice. She promises everything will be alright as her dad has her and she will explain everything when she sees him. She tells him that she is not hurt and they exchange “I love you”. Sandy returns, thrilled to hear that Bridget is safe; it suddenly dawns on Sandy that Danny isn’t in his chair. Danny runs at her and begins to choke her so Smitty grabs a fire poker and stabs him through and through. Smitty apologizes but Danny drops to the floor, definitely dead. Sandy calls him a “cop kabob” as Smitty vomits everywhere.

Terry tries to talk to Bunchy about making a deal, saying he needs to give them Mick; Bunchy refuses to put their dad behind bars for another crime he didn’t commit. Terry reminds him that Mickey was a terrible father and a monster. Bunchy know Mick made a lot of mistakes, but he says to look at himself and if there would ever be a chance Maria, Bridget or Conor will ever end up normal. He tells Terry they are Donovans and cursed and he was always going to end up like this. Terry says Bunchy is still a father and has a life; Bunchy says his life ended 30 years ago, apologizing to Terry and leaving, even when Terry asks him not to do it.

Mickey is worried that Ray hasn’t found Bridget because he would have called. He claims to know Ray better than Ray knows himself; Daryll calls him and they both tear up that Ray has saved Bridget. They turn up the radio to Rick Astley’s “Never Gonna Give You Up!” as they drive towards Ray with both bodies in the back.

Smitty worries what they are going to do with Danny’s body; Smitty saying he just killed a cop and is now a murderer. Sandy goes to grab a drink as Mickey and Daryll arrive with Lou and Rad’s body. Mickey asks what happened and Sandy says, “Smitty Donovan tried to start a fire and got carried away.” Mickey suggests since he is now acquainted with corpses, he can help Daryll with the other body in the car. Mickey asks Sandy to make him a drink as well; she says she can scrounge up a backhoe as they toast each other.

Terry is sitting outside the FBI when Howe comes out; both knowing Bunchy cannot do this kind of time. Terry says he will give her Mickey if she gives Bunchy a deal; she agrees as long as Bunchy will testify.

Ray and Bridget arrive at Sandy’s and Ray apologizes that he did all of this. He says he was so scared, but nods when she asks him if he will get help as she doesn’t want to find him dead in some parking lot, just like his friend Mac. Bridget exits the car with Ray right behind her after he wipes away his tears. Smitty holds Bridget so grateful, causing Ray to return to the car and drive off. Inside they are discussing how they are to dispose of the bodies.