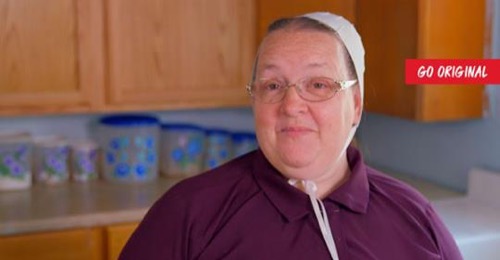 Tonight on TLC Return to Amish, the Breaking Amish spin-off airs with an all-new Sunday, January 13, 2019,  season 5 episode 10 called “No Turning Back,” and we have your weekly Return to Amish recap below. On tonight’s Return to Amish episode as per the TLC synopsis, “Jeremiah, Carmela, Ada, Dawn, and Lowell gather for Shelly’s wedding; Shelly hopes that her Mennonite mother will come to her English wedding; Lowell and Lisa prepare for the unexpected arrival of their babies.”

Tonight’s episode is going to be exciting you won’t want to miss it, so be sure to tune in for our live coverage of the show tonight at 10 PM – 12 PM EST! While you wait for our Return to Amish recap hit the comments and let us know how excited you are about the return of the Amish family.

Matt and Lowell got into a huge fight. They had needed Jeremiah to intervene and once he did he noticed that Matt wasn’t okay. He was crying and breaking down, so Jeremiah reached out to Joanna and Jonas. The pair were ex-Mennonites who understood how hard it was to leave as well as how hard it is to adjust to life outside of the community. It was difficult and that on top of marriage was beginning to get to Matt. He couldn’t take marriage right now and Jeremiah had hoped that Matt would be big enough to say something before the actual wedding day but he thinks Matt will wait to change his mind about the wedding when he gets to the altar.

Jeremiah was more concerned about Shelly. Shelly would be crushed if she was left at the altar and she was already dealing with so much. She tried to invite her family and from friends from her Mennonite community but then began sending her “tracks”. The “tracks” were harshly worded cards that basically condemned someone for what they were doing and in Shelly’s case, that’s her marriage. Her marriage has been called evil and people from back home had said that she would burn in hell if she goes ahead with it. And so Shelly couldn’t have stopped trying to reach out them, only she didn’t want to give up on anyone and that could be a problem with Matt.

Matt and Shelly didn’t have the most stable relationship. They didn’t trust each other and there were still so much for them to discuss. It was almost bizarre how much this couple still had to face and so no one that was there could quite understand why Matt had erased his drunken episode. He woke up the next day and pretended as nothing happened. Matt wasn’t even upset with Lowell anymore and they had gone to get a fitting for their tuxes. Neither have ever worn tuxes before and so it had been Jeremiah that led them through the process. Jeremiah tried to give Matt some advice and it just didn’t stick with Matt.

Matt wasn’t sure whether he wanted to get married and he didn’t want to hear how he needed to say something while he could. For that matter, his bride-to-be reacted the same way. She had gone to get her wedding dress and she had thought her friends would support her. Shelly never would imagine that either Dawn or Carmella would warn her about red flags. The ladies both talked about their own marriages and how there was so much for them to go through. They also said they didn’t want that for Shelly and so they suggested she talk to Matt now before it was too late. But Shelly told them she only she wanted an opinion on the dress and nothing else.

The others figured that Matt and Shelly would have to learn things the hard way. The couple wanted to go ahead with their wedding and Shelly hadn’t tried to call her uncle directly to see if he would come to her wedding. It turns out the uncle and everyone in Shelly’s family wanted to punish her for leaving the church. They weren’t coming to the wedding and it didn’t look like they were willing to speak to Shelly once she gets married. Shelly defended her position in leaving and getting married. She also said that she didn’t need their approval because they weren’t the ones that were going to judge her and so at first Shelly had seemed to have her mindset.

Then they talked to a Preacher. The Preacher was the only black preacher around and Shelly really wanted that for their wedding because she thought she feels comfortable if the man that she and Matt looked like her. The Preacher himself had come across a nice man and he had asked the couple about their faith, but he never suspected it would be such a hot button issue or that Matt would say that he wasn’t sure if he still believed in God. Matta thought it was best, to be honest with the preacher and so he didn’t get why Shelly was glaring at him. And she meanwhile was fuming because she didn’t understand why Matt was creating a fuss.

Only Matt was doing what he’s always been doing. He’s been dragging his feet through the whole process and hesitated when he had been asked if he wanted to get married. So Matt decided to be honest when he was checking out the wedding venue with Shelly, Carmella, and Jeremiah. It had been Jeremiah that asked the question and that’s what gave Matt the courage, to be honest with Shelly. Shelly was pulled to the side and Matt told her he loved her but he said he wasn’t ready to get married and so that set off Shelly. She said she was done then and Matt had believed their relationship was over.

Matt ran out of there and Jeremiah tried to get him to come back, but Matt said that Shelly had made her mind and so he didn’t want to stick around. He left and he took the only car with him. Matt had left the others stranded and Shelly had to explain what happened to Carmella. Carmella had been stunned. She never saw that coming and so she was instantly on Shelly’s side. Her husband, on the other hand, was on Matt’s side and that led to a fight. Jeremiah kept saying that Matt would come back and that he really only drove off to clear his head. And in the end, he had been right because Matt came back.

Matt came back and he was ready to explain a few things. He went to Shelly and he said the reason he didn’t want to get married was that his divorce wasn’t finalized. Matt didn’t really know much about getting a divorce because he thought that after two years it would fall away and so he told Shelly that marriage now wouldn’t have the legal paperwork. Once he told her what was happening, Shelly told him that she didn’t care. She said she was still willing to go ahead with the ceremony because that’s what matters to her and so she didn’t care about having a piece of paper. So Shelly and Matt agreed to go ahead with their wedding.

Shelly was later pampered at the hairdresser’s and she had everyone in her wedding party turned out as well. Lisa even got a makeover out of it. She was convinced to do it to see what her life would be like if she chose to go English full-time with Lowell and she had actually loved her makeover. Lisa didn’t look like herself and so she said Lowell would have to recognize her by the size of her belly. The ladies had all enjoyed themselves and they thought that guys were also having a fun time, but the guys were dealing with a crisis. The guys found out that their minister wasn’t going to marry the couple a few hours before the wedding and so Jonas had stepped in to fill the breach.

Jonas was an ordained minister and he agreed to marry the couple. But Matt had been worried about how Shelly would react and so he called her to give her the heads up. He and the others groomsmen had thought Shelly would freak out and had been surprised when she hadn’t. She was just happy to be getting married and if that wasn’t enough to put a smile on her face then her Mennonite mother showing up for the wedding was. Everyone came together for Shelly and Matt’s wedding. The wedding only had one hiccup and that was when Matt hesitated on saying “I Do” to his bride.

Everything else for the wedding had been great and it started off as a great reception as well because of Ada’s amazing cooking, but then Shelly’s mom had said something about Shelly’s dress and what was said was passed onto Shelly. Shelly burst in tears when she heard her mom said the dress wasn’t modest enough for a wedding. It hurt her and she had needed some time before she was able to put what her mother said behind her. And the only way she was able to put the whole thing behind her was by celebrating her wedding and her marriage to Matt.

And after everything was said and done, Lisa had her twins via a C-section and both boys were beautiful.