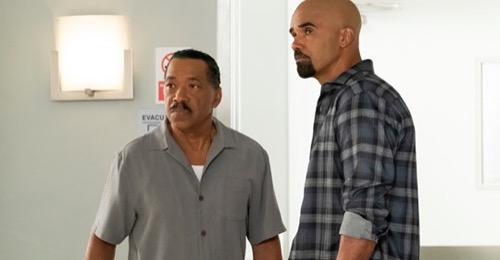 Tonight on CBS their new show S.W.A.T. inspired by the television series and feature film airs with an all-new Wednesday, November 13, 2019, episode and we have your S.W.A.T. recap below. On tonight’s S.W.A.T. season 3 episode 7 called “Track” as per the CBS synopsis, “The SWAT team searches for thieves who are on the run with a high-tech thermal lance that can cut through almost anything.

To find the thieves, SWAT works to identify their target. Also, Chris confronts an imbalance in her relationship with Kira and Ty.”

Tonight on SWAT, Street sets a date night with Hick’s daughter Molly. Tan and Deacon advise Street to tell Hicks or date someone else altogether.

Chris’s three-way relationship begins to get complicated as her feelings for Kira grow more than hers for Ty and he accuses her of throwing the relationship out of balance. She feels conflicted since Ty and Kira are getting married, Deacon advises her to tell Kira how she ready feels.

Three men are doing a robbery and shoot a security guard Hondo response and a car chase begins multiple vehicles are involved in a crash as they getaway. Hondo attempts to help a man injured and a woman named Michelle steps in to help carry him out of the van that’s about to explode. The getaway car disappears into a mall parking garage the team moves into surround the area but the truck seems to have mysteriously vanished after a search by fellow officers. After watching a security tape it turns out the truck swapped out onto a different car and stole a construction industrial cutter they want to know why and what they plan on using it for.

They interrogate a shop owner who sold the men some equipment and he gives them the names of the men and Hondo has him calls the men to set up a transaction to get their location. They get the location to a warehouse but it’s empty someone tipped them off, it turns out to be Wally he tells them he was spying on them because he fell knee-deep in debt.

Nichelle comes down to ask Hondo for help on getting her van out of police custody. Hondo ends up giving her a loaner van so that she can continue to run her business helping kids, they seem to take up interest with each other and they set up a future date with each other.

Chris talks to Kira about her feelings and tells her that she doesn’t love Ty how she loves Kira and asks her if the two of them can be together instead of the three-way and Kira admits she has the same feelings and been having doubts about the marriage to Ty as well. Kira heads over to Kira and Ty, but Kira backs out and says she can’t cancel the wedding and to wait till after to break things off which upsets Chris.

The team finds out the men an on targeting a car race that is set to have huge cash prizes.

The robbers pose as race track crew and begin to set up and place a detonator on a car. The SWAT team arrives on the scene, the car explodes as a distraction as the men proceed to rob the cash vault, they use the industrial cutter to cut thru the heavy-duty vault. The SWAT team begins to close in as the men are in the vault and corner them and a shootout begins but some of the men escape to the parking school garage. The team chases the relay men into the pubic area and chaos begins as civilians are panicking and running all over the place, eventually, the men are apprehended.

Street decides to tell Hicks about him and Molly dating, and he’s nervous as doing it and Hicks doesn’t have a problem with them dating but only asks that they minimize their PDA.