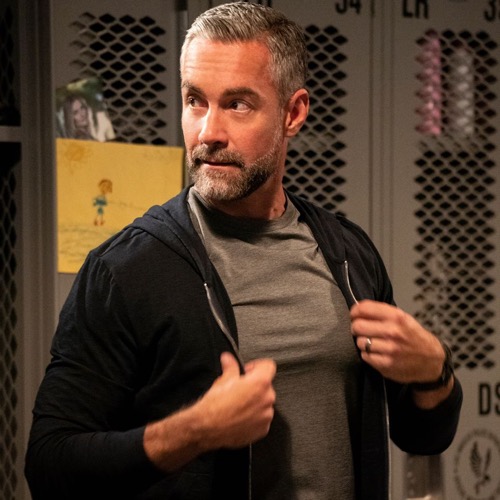 Tonight on CBS their new show S.W.A.T. inspired by the television series and feature film airs with an all-new Wednesday, November 20, 2019, episode and we have your S.W.A.T. recap below. On tonight’s S.W.A.T. season 3 episode 8 called “Lion’s Den” as per the CBS synopsis, “The SWAT team engages intense negotiations with a family that takes a local officer hostage when they’re evicted from their home due to eminent domain.

Also, Hondo reflects on his personal life choices as he helps his father through a medical crisis and Chris’ relationship with Kira and Ty reaches a critical juncture.”

Hondo was interested in Nichelle. He tried to ask her out and she turned him down flat. She had heard about him from around the neighborhood. The other women all said he was at great in the beginning and that things turned once he lost interest. Which is what will always happen with Hondo. He blows hot and he blows cold. He has never shown any woman that he was in it for the long run with them and Nichelle didn’t have time to be messed about. She turned him down because she was focusing on other things. And the hits kept coming for Hondo.

He later went with his Pop to see the doctor. Unfortunately, his dad has lung cancer and while there was a relatively harmless treatment for him, it turns out Pop wanted to think about things. The older man was choosing to focus on the negative rather than the positive. He wanted the chance to think about what his cancer means for him and so he wasn’t going to be rushing into treatment like he should be doing. Hondo tried talking to him as well and that hadn’t worked out for him. Nothing it seems had worked out for them.

Then he went to work. SWAT was forced to respond to a hostage situation when the Fuentes fired on the sheriff deputies that were sent to evict them and kept one of the deputies as a hostage. There had been so sign of what happened to Deputy Dixon. He was wounded earlier and the team hasn’t received any indication his wounds were being treated. If anything, the Fuentes family was refusing to talk. They didn’t want to talk to the other deputies that responded and so SWAT dropped off a cell phone on the Fuentes’s doorstep.

All they wanted was communication. The cell phone allowed for it without anyone getting hurt and so the Fuentes responded. They grabbed the phone. They also answered when Hicks called them and it seems the patriarch of the family was open to negotiations. Pablo Fuentes didn’t want any of this. He hadn’t fired on the deputies and he was willing to surrender. He didn’t like it, but he was willing to do it and so it was his son Riccardo that was the problem. Riccardo was the one with the gun and he has a temper to match.

Riccardo grabbed the phone from his father. He then began issuing demands about how they were keeping their house or else they were going to kill the deputy. This was what it was about. The Fuentes have owned the land since 1947 and then the government forcibly purchased it. They threw out the Fuentes neighbors then came for the Fuentes. Riccardo believes he could stop the government from taking their land and that was never going to happen. There was no out for him. He assaulted two deputies and could be tried for Attempted Murder.

Dixon could still die. Hicks asked him about his condition and Dixon was too weak to speak on the phone. His situation was so dire that Hicks thought up something drastic. Hicks suggested they trade Dixon for him. He was in a better condition and he was also a Commander in the LAPD. Hicks managed to talk Riccardo into the deal. It was talking his own people into it that was the problem. They didn’t want Hicks going in and they tried to stop him. Hicks was only able to go through with the deal by pulling rank.

Hicks basically commanded that they go along with his plan. They had no choice in the matter. They allowed him to go in and he committed to the exchange. He stayed with the family while Deputy Dixon was released. The man was now receiving medical attention and Hicks was working on the family. He reached out to Pablo first. He got into his head by opening up about his late wife and how he still misses herself. Pablo lost his wife himself. He spent most of his martial life in that house and that’s why he didn’t want to leave.

It was a point of pride for his son. Riccardo lived in a community-run by Latinos and it was one of the last places for someone like him. He didn’t want to give that up. Its why he was risking his life and that of his children. His youngest was still a baby. It was her presence that stopped SWAT from swooping in and so Hicks came up with a plan for that as well. He tried with Pablo. Then Riccardo separated them and so he then tried with Lupe. Lupe was the second wife. She just married in and she has a small baby.

Lupe didn’t want her baby to get hurt. She agreed to go with Hicks’s plan of escaping with her daughter and so first the team had to get Riccardo to the door. They got him to leave Hicks alone with Lupe and his teenage son. Miguel was soon convinced that he needed to be with his father. Lupe told him that it would be safer for Riccardo if he had Miguel watching his back and so she used that chance to run. With the rest of the family at the front door, Lupe escaped out the window with her daughter and Hicks was supposed to join her.

He would have if Riccardo hadn’t figured out Lupe was escaping. He crashed into the room and he was fighting with Hicks over the gun. So, SWAT took the shot. They shot and killed Riccardo and were left dealing with his irate teenage son. Miguel had wanted to kill Hicks for what happened to his father and he was only stopped because his grandfather knocked the gun out of his hand at the last minute. The bullet, therefore, went wide. It crashed into the gas tank outside and exploded. It knocked out Hicks as well as the two men.

It also bathed the house in fire. Hicks was assisting Pablo because the man was injured and together they talked Miguel into coming with. The teenager initially wanted to carry his dead father’s body out except they didn’t have the time to do so. The fire was going everywhere and it was imperative that they cleared the building. SWAT bathed the house in suppressant. The men then used that to leave the building and the Fuentes men were arrested. If they had only given up the house then they could have kept on as a family.

It got Hicks to realize that he wanted to carry his wedding ring with him and so his daughter Molly put on a chain he can now wear.

Hondo also went home to his father where he heard his father tell him how he was scared of dying alone. He got only his older daughter Winnie to come to see him when they thought it was the end and so now that he found out he has more time – Pop didn’t want the chance to blow it. He thought he would and that it would mean he could die alone. So Hondo talked him out thinking like that because he promised his father that he would never be alone. He got through to his father and it made him believe that he could get through to Nichelle too if he tried.

He eventually talked her into having drinks with him.

And while Chris wasn’t there for the mission, she used the opportunity to pack up her stuff and move out of her throuple.