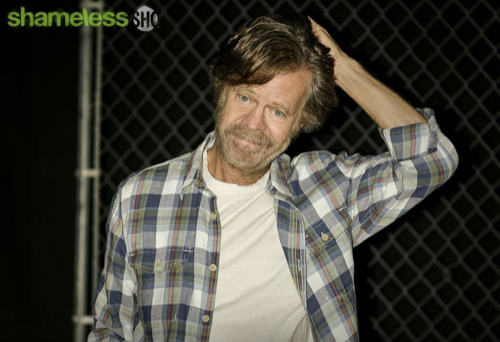 Tonight on Showtime the uniquely twisted and highly entertaining show Shameless returns with an all-new Sunday, December 8, 2019, season 10 episode 5 called, “Sparky,” and we have your weekly Shameless recap below. On tonight’s Shameless episode, as per the Showtime synopsis, “An unexpected visitor shows up at the Gallagher house; Lip struggles to give up control of Fred; Ian returns home and is immediately thrown in with a corrupt parole officer.”

Tonight’s Shameless season 10 episode 4 is going to be great, and you won’t want to miss it. So be sure to bookmark this page and tune in for our coverage of Shameless tonight between 9 PM – 10 PM ET! While you wait for our recap, make sure to check out all our Shameless spoilers, recap, news & more, right here!

Lip calls Tami, who is frantic because she is taking care of the baby and can’t find a clean diaper. Ian is out of jail, Lip is there to pick him up. Lip tells Ian that he wishes he had brought his kid with him, Tami is not a natural-born mother. Kelly and Carl are at the kitchen table, she is trying to distract him when he looks at Anne. Debbie tells Liam and Carl that Ian is out of prison. Carl sneaks off to have a few words with Anne, he wants to run an errand with her, Kelly invites herself. Frank has a backpack, he steals tamales that Anne’s family was making and tries to sell them at the bar. Kevin finds out that a friend of his, Kenny, threw himself in front of a train and died. Apparently, Kenny couldn’t deal with what their coach did to him, he molested him. There is a class-action suit against the city, V tells Kevin to get involved, he had the same coach.

Kelly is with Anne and Carl, she gets a call from a guy named Mitch, Anne says she has a boyfriend. Once she hangs up the phone, she tells Carl she has strep and has to go to a pharmacy.

On the way home, Lip talks about Tammy and Sarah, then apologizes to Ian for talking about boring stuff. Lip asks Ian how Mickey is, he says fine.

Ian walks into the house and can’t believe how many people are in the house. Ian searches through the house to find Debbie or Carl, but he can’t find them. Tami comes out of a room with the baby, almost bumps right into Ian.

Frank returns to the house to get more tamales. Kevin is trying to think back to his youth, to see if he can remember his coach molesting him.

Lip is at work, asks Brad and his wife how they think Tami is at mothering.

V tries her hand at being a pharmacy rep.

Frank’s ex, Ingrid, jumped off a cruise ship and abandoned her twin babies. Padre is now showing up with the babies, but Frank wants nothing to do with them, he tells them that he was given 10 grand and their embryos. Padre tells him they are his kids and he needs to take them, Frank says the joke is on him, they are not his, they are his son Carl’s.

Debbie enlists help to deliver a chocolate cake to Eric’s widow, which has a summons inside. They try to get away and his widow comes out and throws that cake at Debbie’s car.

Tami is freaking out, Fred hasn’t eaten all day. Lip tells Brad that he needs to take an early lunch.

Frank has second thoughts about the babies, he sees money in his future.

V is continuing to work as a pharmaceutical rep, she is doing very well telling people’s sob stories that they are buying.

Kev reunites with other members of their team, he asks what it was about Kenny that coach liked. They each start talking about what the coach did to them. Kev can’t remember the coach doing anything to him, so he says he can’t talk about it.

Ian has a work assignment, he is working as an EMT. He soon finds out that he is working with EMTs that are into insurance fraud.

Lip sends Sara over to help Tami, who at first is upset, but then takes the help.

Debbie is still trying to deliver her summons, and not having much luck – she gets into a foot race with Eric’s wife. In the end, Debbie wins, stuff the summons in the woman’s mouth and snaps a photo.

Back at the house, Frank has Kelly and Carl take care of the babies while he tries to negotiate to take one baby.

Frank tells Carl that he is going to sell the baby, he is a dream fulfiller, and he could get 25 grand for the baby. Carl wants a cut, Frank makes a deal with him.

Ian wants a new job, he tells Shelly that he is going to speak to Paula, his parole officer. Shelly tells him to ride it out, two years, Paula gets her kickbacks and then his time is over before he knows it.

At the house, Carl is decorating the house for Ian’s welcome home party. Ian arrives and goes upstairs to see Tami, but she is upset and doesn’t want to speak to him because he sent Sara over.

V is home, she tells Kev that she is invited to a cookout where she will meet more doctors. Kev tells her that the coach molested everyone except him and he is upset about it.

Debbie meets with her “lawyer,” Eric’s wife, Peppa asked for a meeting. When they meet, Peppa tells Debbie she will give her a third of the money, in return, she wants full custody of Franny.

Anne overhears Kelly on the phone, then tells her that if she gave Carl an STD she should tell him, it’s the right thing to do. Kelly goes to speak to him, she is sleeping with Mitch, Carl asks if he can sleep with Anne.

Ian is home, everyone hugs him and is happy to see him. Ian sits down with Lip and asks him if it is genetic that they fall in love with crazy people. Ian asks Lip if he is going to marry Tami, he replies that he doesn’t know.

Lip goes in to see Tami, he helps her change her bandage. He says sorry for sending Sara over, he was just trying to help. Tami says it is not about help, it is about Fred liking her. Lip assures her that Fred will bond with her. Tami forgives Lip and joins the party downstairs with him.