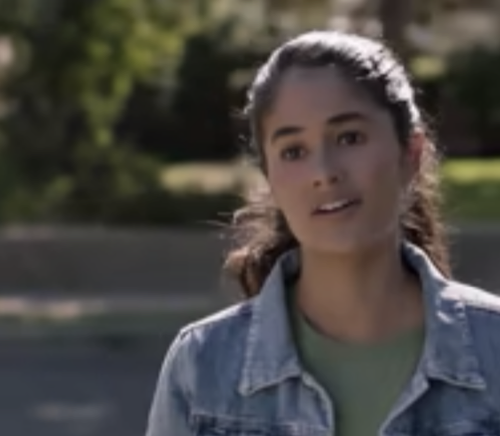 Tonight on Showtime the uniquely twisted and highly entertaining show Shameless returns with an all-new Sunday, December 15, 2019, season 10 episode 6 called, “Adios Gringos,” and we have your weekly Shameless recap below. On tonight’s Shameless episode, as per the Showtime synopsis, “Frank and Liam get wined and dined by potential baby buyers; Carl comes up with a strategy to protect Anne’s family business, and Ian gets on Paula’s bad side.”

Tonight’s Shameless season 10 episode 6 is going to be great, and you won’t want to miss it. So be sure to bookmark this page and tune in for our coverage of Shameless tonight between 9 PM – 10 PM ET! While you wait for our recap, make sure to check out all our Shameless spoilers, recap, news & more, right here!

Debbie goes to the bar to meet Peppa, Derek’s widow. When she gets there, Peppa asks where Franny is. Debbie says Franny will be there tomorrow, she wants her check, then Peppa says she wants Franny to call her mom.

In prison, Mickey tries to escape by hiding out in a garbage can. Meanwhile, Lip and Tami head to the park with the baby and meet up with Sarah.

Carl’s girlfriend’s family was selling tamales on a corner and get runoff.

Mickey is called into the warden’s office, he calls him a dumb ass because his cooperation with the prosecution of the cartel got his name at the top of the list to get released.

Frank meets with a couple, who wants to adopt the baby.

Anne is back at the Gallagher house with Carl and telling her family that they got booted off the corner. Carl says they have to be tactical, and counter-attack. The family disagrees, they are cooks, not fighters. Carl tries to get the whole family united in retaliating.

Tami is home, Lip comes downstairs and asks her how it went, she says fine. Tami accuses Lip of sleeping with Sarah and tells him that she resents that he left her at the park with Sarah and his groupies. Tami tells Lip that he doesn’t have to lie to protect her and he doesn’t need to lie to her. The baby starts crying and Tami resents that Lip can calm and she doesn’t.

Milkey is free, he is on a bus and notices that he is already being followed. He heads to the front of the bus and asks the driver to let him out, the driver opens the door but doesn’t stop. Mikey jumps out and makes a run for it. The guy who was following him is Larry Seaver, his parole officer.

Debbie is with Franny, they go to an event for fostering a child. There is a red head and Debbie takes immediate notice. Franny asks the little girl if she would like to play with her daughter, the little girls sister interrupts and tries to bribe Debbie, if she wants her sister, then she will have to pay up for her.

Ian is at work, he is in the ambulance when he notices a real emergency on the sidewalk, a pregnant woman needs help. When Ian goes to help, his co-worker tries to stop him and tells him he is going to get the heat for this, not her.

Kevin is at the lawyer’s office, he says he has trauma for years. The lawyer says she will do her best, to get him some money, to ease the pain for what he went through. Kevin tells his story about coach. She tells him that they need concrete facts, dates, times, in his own words. Kevin starts crying, acting like this is too much for him.

Back at the Gallaghers, Tami is complaining to Anne’s family about Lip.

Liam is with Frank, he tries to discourage him from selling the baby and says he wants nothing to do with it. Frank says that the whole point is to see more parents and have them bid against each other.

V is at her weekend sales conference. She is not having much luck.

Anne and her family return to her corner and retaliate. There is only one guy and he says in Spanish, who is watching your house. They return to the house and all Anne’s family’s equipment has been ransacked. In the front yard, the guys who ransacked the house are selling right out front.

Debbie starts arguing with a woman from the foster group, she refuses to let her have the girls for a visit before filling out all the right paperwork.

Frank and Liam are in the hotel room that one of the potential foster parents paid for. They make a mess all over the bed, Frank calls room service to clean it up.

Lip knocks on the bathroom door, Tami comes out of the bathroom, all dressed up, she tells him she is going to go out to a bar with friends. Lip asks why she has to dress like she is, she says its ok, you love co-parenting, and walks away.

Kevin is in the bar, watching tv, a show about someone being molested, he is taking notes so he knows what to say to the lawyer next time.

Lip texts Tami, he is with the baby and it’s driving him crazy that she went out. Someone is at the door, a woman comes to the door and asks to speak to Ian, it’s his parole officer and she is there because of what he did for the pregnant woman on the street. Ian goes off with his parole officer, he tells her he is not going to walk away from someone dying on the street.

V goes over to her mother’s house to make her feel better after her day. Her mother basically tells her that the problem is that her boyfriend is white, she hangs around with white people and is forgetting that she is black.

Ian’s parole officer handcuffs him to a chair, puts raw meat at his crotch and sicks her big dog at him.

There is a lineup to the Gallagher bathroom, Tami is in there, Lip knocks on the door and asks her if everything is ok. She opens up the door, and says she needs to clue him in on what is going on, he can’t play twenty questions. She says she can’t breathe in the house and she needs space, Fred needs space.

In the hotel, the baby is waking up, Frank wakes up to take care of him. Frank tosses him up in the air and smiles at him, the baby throws up in his face.

Debbie meets up with her foster red-headed girl, Peppa is surprised that she showed. The little girl runs in the house and soon Peppa’s little boy is crying, he runs to the door and he has blood on his forehead. Debbie smiles.

Frank, Liam and the little boy meet with another family; they complain about not spending enough time with the baby. Franks says no, Liam steps in and encourages Frank to let go of the baby.

Kevin is back in the lawyer’s office, he is spinning his story.

Frank and Liam meet with the other family – they are willing to offer $100,000 for the baby, Liam says deal.

V is dancing with her little girls in the living room, Kevin walks in and tells her that the lawyer didn’t buy his story.

Frank tells Liam that he shouldn’t have accepted the offer so quickly, they should have milked it longer. They head back to the hotel room and the couple who they left the baby vanished, with the baby.

Ian is driving the ambulance, he sees someone lying on the street needing help and drives by.

Lip tells Tami to head outback, he has a new RV – Deb just came into money and gave him some so they could have their own space. Tami calls him an idiot and asks if he was even listening to her. Tami tells Lip that she struck out at the bar, she only went out to make him jealous because she really likes him.

Anne comes downstairs and tells Carl that her family is moving out and she is leaving with them. He is making a tamale and she goes to help him make it properly, the two start kissing. Meanwhile, the fake Franny has set Peppa’s house on fire.