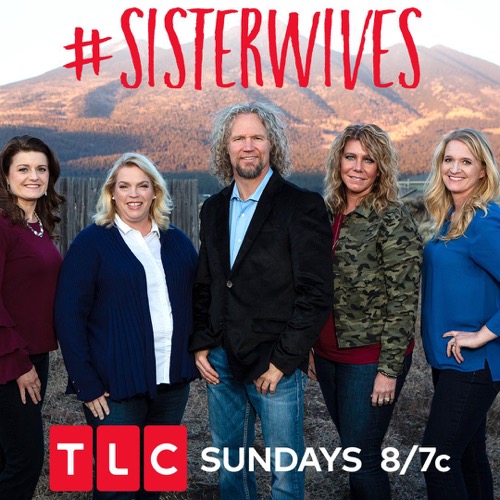 TLC’s reality show about a polygamist family Sister Wives returns tonight with an all-new Sunday, April 7, 2019, season 13 episode 11 called “Leaving Las Vegas” and we have your weekly Sister Wives recap below. On tonight’s Sister Wives season 10 episode 11 as per the TLC synopsis, “The Brown family is finally moving to Flagstaff; moving day is chaotic and the dream they are chasing is becoming more of a nightmare; There are rays of hope, but mostly tears as they face an uncertain future and leave so much behind.”

The children have been fighting this move since the very beginning. Even the older kids who were adults now couldn’t comprehend why Kody continued to uproot the family and so they were not falling for any of his tricks. Kody wanted to grow old with his whole family around him and that’s why he’s been pushing his older kids to come with them to Arizona, but what’s there for them in Arizona? There weren’t any job opportunities and it was miles away from everything. The children weren’t going to follow the rest of their family and some of them weren’t afraid to say so. Maddie has a husband and a son now. She needed to consider what was best for her own family and it wasn’t a move.

Maddie moved to Las Vegas to be with her siblings and her parents. She wanted her son Axel to grow up around family and it wasn’t her fault that her parents were moving. Her parents made their own decisions. They wanted to leave Las Vegas and give Flagstaff a try, but it wasn’t worth it to follow them when she knew that one day they would move again and that the move still wouldn’t make sense. She thought her parents were moving because they were easily bored and was always looking for new opportunities. Her sister Aspyn thought the same when she grilled her mother earlier because she wanted to know when will the family settle in one place and she couldn’t get a straight answer.

Christine tried to say that she has a gypsy soul and will never be happy in one place, but she was just saying that because she didn’t want to get into the real reason. They were moving for financial reasons. It was considered too expensive to stay. Their houses weren’t going to rise any higher in value than already were and so they were moving to some place where they hope to make value on their homes. It had been Kody that brought this up to his wives and he told them that they had to go. He said that he had to consider how to pay for future weddings with his other daughters and that he wants to able to send each of his kids to college if that’s what they wanted. They didn’t have enough in their budget to do that now and so Kody wanted to have extra money every month to save up.

Kody was able to get all four of his wives to realize that they had to move and once they did they began crapping on Las Vegas. They said they didn’t like the feel of the city because it was too seedy for them and they also claimed that they wanted a home in the country where they could see the mountains and wouldn’t have to deal with any neighbors. They wishes were forced to bend towards their necessities in that sense. No one had a problem with Las Vegas until they had a move and now that’s all they could say. The only one that wasn’t falling in with this mindset was Meri. Meri loved living in Las Vegas because no one cared about plural marriage and not only were they welcomed by the city, but its also been good for them with their personal businesses. Meri was running two successful businesses on the side and she credits that to being in Las Vegas when she has her base.

Meri has friends and contacts in Las Vegas. She wouldn’t have anyone in Flagstaff, Arizona because she doesn’t know anyone there and the family as a whole dreaded introducing themselves. They all traveled together and the first house they went to was Robyn. Robyn was renting a beautiful house and so that made all the kids happy. Then the neighbors came by. The neighbors saw all the moving trucks and they came over to introduce themselves, but no one wanted to come right out by saying they were a polygamous family and so the neighbors were confused. They even looked confused as the wives went around saying which child was theirs and how they’re one big family. No one wanted to rock the boat if they didn’t have to and so the neighbors either came to the conclusion themselves or they’re going to figure out what the camera crews were there for.

Hopefully, things will work out but there was just so much to do. The family struggled with packing up because they didn’t hire a moving company and had to rush through packing themselves. They also a problem with the kids because Gabriel flaked. He kept telling his mother that he was going to help her move and then was nowhere to be found when the moment came. He even did that on moving day. He told his mom that he had to give a friend a ride and that he’d be back in a couple of minutes when in actuality he didn’t come back until it was too late. His mom had to pack up the house by herself and she tried turning to Kody for help but he was stretched too thin. Kody was trying to assist everyone with the move and he couldn’t do it all. He had to call for backup and then would get stressed out when he realized that moving altogether meant additional stress.

They wanted to go altogether because of the symbolism of it, but if they had moved on separate days that no one would have been freaking out and none of the wives wouldn’t have needed crying breaks. The wives often had to take themselves to the side to cry and it at these moments that they admitted that they hated moving nor do they ever want to do it again. They wanted this move to Flagstaff to be their last and even Kody began to want the same. Once the hassle of the move itself was over, Kody had to face saying goodbye to his older children who lived all over the place and that’s when he broke down in tears. He didn’t want to live so far away from them and he wasn’t just thinking about just his children. He was going to miss his in-laws as well and his biggest regret in this whole thing was moving away from his grandson.

Kody and Janelle love being grandparents. They say it has all the best of parenting without the hassle of being the actual parents and so there was nothing but tears when it came to saying goodbye to Axel. It was only topped by the moment when Mariah and Audrey left. They were moving to Chicago which was perhaps the furthest away out of everyone and so that was especially hard on Meri. Meri was still working on her relationship with Mariah and they were in such a better place now that Mariah told her mother that distance wasn’t going to come between them. It was exactly what Meri needed to hear because saying goodbye to her only child was never going to be easy!

But now the family is in Flagstaff and so best wishes on them selling their old homes in Las Vegas soon!