BY Kristine Francis on June 10, 2019 | Comments: Leave Comments
Related : Reality TV, Recap, So You Think You Can Dance, Television, TV 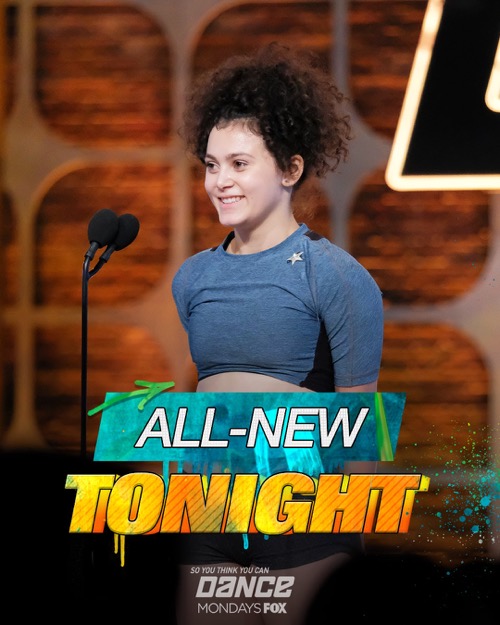 Tonight on FOX their Emmy-Award Winning So You Think You Can Dance airs with an all-new Monday, June 10, 2019, season 16 episode 2 episode and we have your SYTYCD recap below! On tonight’s So You Think You Can Dance season 16 episode 2 as per the FOX synopsis, “The auditions continue in Los Angeles, as the judges search for the best dancers in the nation..”

Like it was mentioned before, the format was different this season. The dancers now have to come out to Los Angles to audition and all of them were coming to the judges. The judges were no longer going to them! This means that some have been able to make the trip, but for the most part, the show was no longer accommodating everyone and so this definitely a case of if there’s a will then there’s a way. The first dancer of the night proved this because she originally hails from Japan. Sumi Oshima was a Hip Hop dancer whose personal style was Matrix and she was very much a dark horse. She looked all cute and everything that no one suspected that she could bring it. And so when she did, it was a Golden Ticket moment.

Caroline Del La Rocha went next. She was coming from Texas and that was thanks in large part to her mother. Caroline’s father doesn’t approve of her dancing and he didn’t want her to come because he didn’t believe in her. Her story was a sad one, but Mary could understand where she was coming from. Her own father hadn’t approved and he didn’t speak to her for two years. It was only when he saw he couldn’t Mary’s mind that their relationship was able to heal. Mary gave Caroline her best wishes for her performance tonight and Caroline did put together an amazing performance. There was just a few nitpicks. Caroline’s dancing was sometimes uncontrolled and so the judges weren’t all in an agreement. Luckily for Caroline, she received enough yesses to get a Gold Ticket.

Each dancer was there for the same reason, but their journey to this moment has been different. Some were enrolled in dance classes when they young and others began their careers as a joke. Samuel Sweetser didn’t become serious about his dancing until later and how here he is. He was a Hip Hop dancer and his personal style was B-Boy. He taught his toddler son how to dance as well and so, of course, the judges had to see it. They brought out the little boy and he was just adorable. He knew several moves and was downright serious with it. He gets it from his dad though and Samuel was able to show that off. He was humorous in his dance style and has swagger. He got a Gold Ticket and his son even received one as well.

The show has a lot of light moments this season and then all it takes is someone Gianna Newborg for things to get dark fast. She was a Contemporary dancer and she also brought in some acting. Gianna believes that each dance should be telling a story and the one she wanted to portray tonight was a kidnapping. She scared everyone with theatricality and she later explained how she loves watching murder mysteries with her mom. Her mom is her coworker and best friend. So mommy was there cheering her on! Gianna brought a new level to the Contemporary dancer and for that, she received a Gold Ticket. She was also the start of a trend of great Contemporary dancers. The judges came to love Tra Wilson, Howard Johnson, and Abigail Hau who all followed Gianna.

The next couple of dancers were actually partners. Nazz Slydryan was a Ballroom dancer and she was here with her dance partner Stefen Yeritsyan. They used to compete against each other when they younger and they decided to join forces for the show. Tonight was the first time they were performing together and it turns out they’ve only been partners for two months. Still, they had great chemistry and they were great dancing together. They performed the Cha-Cha which was a tricky dance and somehow they made it look effortless. The duo received all yesses and was going to the Academy. They worked great together and it will be good to see how they’ll dance with different partners.

Now, the next dancer was a genuine princess. She uses the name Korra Obidi Dean as a dancer and her real name is Obidi Chukwufumnya Anita. Korra was descended from the Nigerian Royal Family and so yes she was a princess. She was also a Belly Dancer and she danced in the African genre as well. She moved to LA with the love of her life so that they could pursue her dream, but they didn’t expect to be blessed so soon and so Korra was the first pregnant contestant. She was pretty good and no one thought she could pull off what she did. And so they said “no” more because they knew Korra couldn’t stay around for long and that she wouldn’t be able to do everything during the Academy due to her pregnancy.

It was still a victory for pregnant women everywhere and that’s how everyone including Korra saw it. However, the honor of the final dance of the night went to Kaeli Ware and Brandon Talbot. They were a Contemporary Ballet duo and no they weren’t a couple. They shot that down real quick. They were just great friends and they danced wonderfully together. They each had a moment to shine and so the judges loved them. They were going to the Academy together and again it will be good to see how well the dance on their own as well as with different partners.