BY Kristine Francis on July 15, 2019 | Comments: Leave Comments
Related : Reality TV, Recap, So You Think You Can Dance, Television, TV 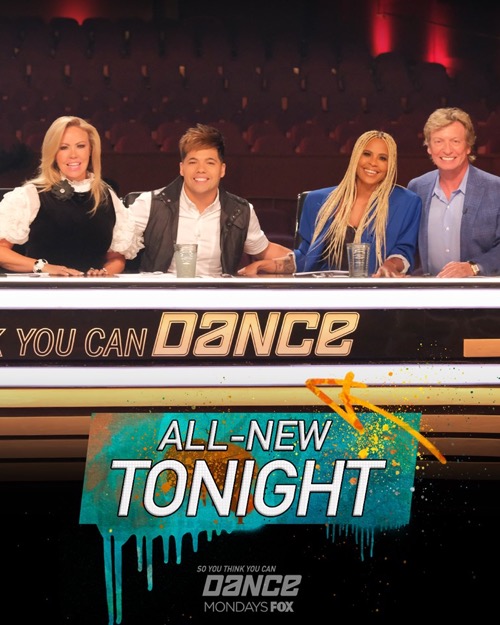 It was the first week at the Academy. The Academy was where the contestants will be tested on their ability and they are each given four rounds of chances to prove their worth. Their first choreographer was Luthor Brown. He was looking for precision, energy, and vibes. He wanted the best from there and he wasn’t afraid to push them to bring out their best selves. There were some grumbling and even pushback because not everyone believed they needed additional practice. Only Luthor told those people that they weren’t seeing what he was seeing. He didn’t see a single person that got it right on the first try and so he kept pushing them until he began to get results.

The first group to dance in front of the judges were the ladies from Hip Hop. This was their genre and they had an excellent coach. They should have each stood out to the judges and for some reason, they had needed a second try before they got their acts together. Thankfully, that second go-around was totally different and all three girls were advancing to round two. The next group was the guys. They were B-Boys and so Luthor’s teaching could have been too much for them, but at one point one dancer gave up and he tried walking around. Mikey and Samuel were the first cut from Round 1 and they were from the last. There was a contestant that swears the judges made a mistake to cut him because there’s something special about him.

Maybe that’s what his mother tells him, but this competition isn’t for the people that need their hands held. Round 1 had been tough on everyone. Nigel critiqued a lot of people and one of the most awkward tryouts had been the twins. The same twins that impressed the judges, in the beginning, had been on the rough side with Hip Hop. There was also one twin that had been worse than the other one and so they asked the one twin to remind them how good he was at Contemporary. He tried his best with the genre he knows, but he was so tired that it hadn’t been able to pull it off and so the judges cut him. He was going home and his twin brother was still in the competition. And so everyone knew it was going to be awkward having separated a duo.

The next round was Ballroom dancing. Their choreographers were Emma and Sasha and they picked the Cha Cha out of the Ballroom genre. It was going to be intricate and it had there was a lot of hip action. It’s also a paired number. The contestants had to find partners and they had to learn how to trust those partners in such a short time. The first group for Ballroom had had this one couple that struggled and the judges decided to forgive it because they knew the dancers were dancing out of their element. The judges felt that with time the others would catch up. So the judges do have a heart. If they love someone, they tried to give that person a second chance and quite a few dancers have made it to the live shows because of it.

The first cut from Ballroom dancing was Maia while her dancing partner just barely made it through. Eddie Hoyt was advised, though, to start smartening up because the judges needed to see more than just his happy-go-lucky attitude. It makes them think he’s not serious about any of it and so they were going to need to see more from him in the future. Eddie hadn’t needed to dance for his life and unfortunately, Smac was forced into such a position. She was a favorite from the start because she was a comedic dancer. Smac pulls the smiles and so the part that leaves the judges stumped was the dancing itself. They weren’t sure if Smac could keep up with the rest of the choreography and the dance for her life showed that she wasn’t ready.

Smac was cut during Round 2 like many others before and after her. But the next round was Contemporary. The choreographer for that was Talia Favia and she only had ninety minutes to teach them a difficult routine that had them on the floor and up in the air. She pushed them to their limits. She inspired some like Benjamin who truly had a breakthrough and then there was Jay. Jay was cut and sadly he’s thirty. He’ll be too old to come back next year and so this was the last chance. It wasn’t fair, but he went out with a bang and not a whimper. The judges saw plenty of dancers and it was rare that they were moved. There was only a few that could pull that off and luckily in the next group, there had been two B-Boys that showed the world that there were dancers.

Bailey was an inspiration to everyone and hopefully, the others will keep up his incredible momentum as Academy Week continues.