BY Bianca on July 22, 2019 | Comments: Leave Comments
Related : Recap, So You Think You Can Dance, Television, TV 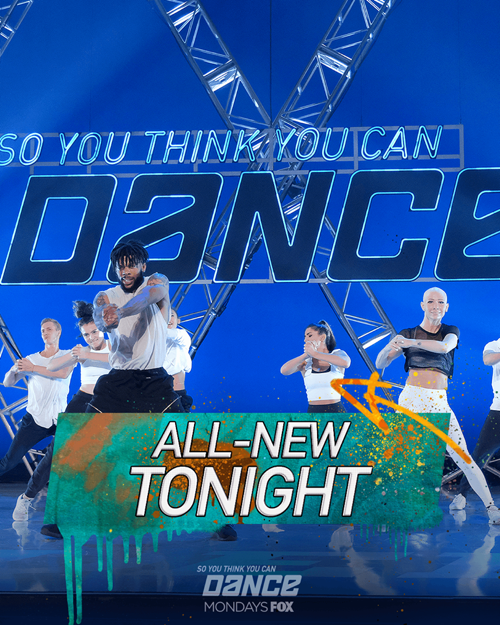 Tonight on FOX their Emmy-Award Winning So You Think You Can Dance airs with an all-new Monday, July 22, 2019, season 16 episode 7 episode and we have your SYTYCD recap below! On tonight’s So You Think You Can Dance season 16 episode 7 as per the FOX synopsis, “”The Academy” callbacks continue at the Dolby Theatre, as the talented dancers are challenged to learn and perform multiple styles of dance and vie for a spot in the Top 10. Find out who continues to move forward .”

The final hurdle for these dancers was the second week at the Academy. They had to stand out in the pack and keep on top of their choreography. It was their final test and yet so many of them failed. They would doubt themselves and this would lead to such small mistakes that wouldn’t normally seem like such a big thing, but the mistakes themselves added up over time.

It seems they were supposed to have been worked out by now and the fact they weren’t turned out to be a tragedy. The judges weren’t looking for people that got lost in the middle of the dance. They were looking for confidence and it was hard to be confident on a grand stage. The dancers were competing in front of the judges and they knew they were being judged by people watching at home.

The show drew in millions, but no one wanted to watch failures and so everyone was on notice. Some, like Madison, rose to the occasion. Her boyfriend, on the other hand, had washed out and that’s why it’s so hard for couples to try out together. They often don’t make it to the next stage together and usually one would drop out if their boyfriend/girlfriend/or spouse didn’t make it. But Madison’s boyfriend wanted her to keep going and so she’s trying for both their sakes now.

And when it wasn’t something in the romance department, there was also the choreographers. Mandy Moore was brought in to create a dance and she ended up creating a monster. She choreographed a group routine that was a little bit Ballroom, little bit Contemporary, and a little bit sassy.

Mandy said she wanted to pull out the good stuff and, really, it just seemed like she wanted to torture them. The dance was so complicated that it was hard for certain people to get it. Eddie Hoyt for one had been panicking backstage and he would take breaks just to feel bad for himself. It was annoying to watch and truthfully he should have known better. This wasn’t his first year and so the jitters should have been handled before he came back.

So some of the others had to rope Eddie back into the routine. There were some that needed to take that leadership position to get everyone on the same page and they were truly a godsend. These leaders made sure everyone knew the technique and, by the time they were finish, they left the dancers to pull off the rest.

By rest, this means the magic. The dancers had to convince the judges that they were living in the story that was detailed by the choreography. They had to believe it in order to sell it to the judges and so a few of them scraped by because of their ability to sell the story, however, there came a point in the competition where no one else could afford to scrape by. They were the solos. There were thirty-three contestants by then and they had to wow the judges with solos they created practically on the spot. This was their one chance to make it to the Top 20! and so nothing could be spared. The dancers had to go out there and leave everything on the floor. And sometimes the judges liked it.

The top ten girls were Anna, Sophie, Ashley, Sofia, Nazz, Madison, Melany, Mariah, Sumi, and one other girl who seems to disappear in the crowd. So things were a little different with the boy. The selection for the boys went as follows: Bailey, Benjamin, Ezra, Nathan, Gino, Bryan, Brandon, Vlad, Aleksandor, and Eddie. Yeah, that’s right, its Eddie. He was the last selection of the night and somehow he had beat out the other guy.

Like it was mentioned before, the judges tend to have a soft spot for certain dancers and they don’t get serious about who makes it until they get down to the final ten.