BY Kristine Francis on August 12, 2019 | Comments: Leave Comments
Related : Reality TV, Recap, So You Think You Can Dance, Television, TV 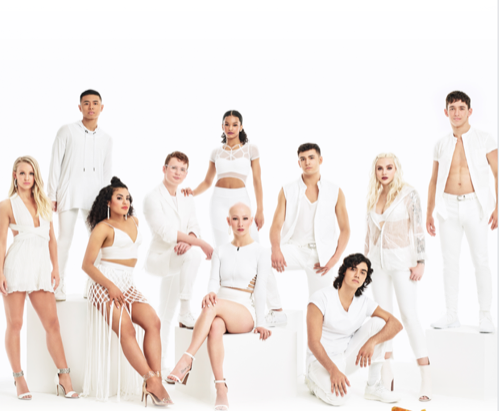 After everything they’ve been through, ten talented dancers have emerged and they came here tonight to show off all that they’ve learned.

They opened the show with a number dedicated to the talented cast of the “The Greatest Showman” with that one song. The song that everyone knows and the one they secretly sing to themselves when no one else is around. It had been a great song. It was also a great opening number and the audience had Mandy Moore to thank for it. She really outdid herself this time. The choreography had been on point and who knows, it might just win an Emmy soon. This show was notorious for its Emmy nominations.

The lighting team has been nominated and several of their choreographers have even won the reward several times. ‘So You Think Can Dance’ was the one place to see the best of the best. The first pairing that went onstage was Bailey and Mariah. They had great chemistry with each other, and they were given some excellent music. The B-Boy and the Contemporary dancer had really set a standard that was going to be impossible to follow. And the judges truly doubted that anyone else would achieve such great chemistry.

Sometimes that’s all it takes for the dance to work. The next pairing was Stephanie and Gino. They both had the same type of vibe and they were each family-oriented, which allowed them to bond. They were both unfamiliar with Hip Hop and so they tackled it together. They thankfully had Luthor Brown to rely on and he tried to get them in the best condition possible. He pushed them to their limits. Luthor wanted to bring the best out of them and it seems some of the judges believed he failed. D-Trix and Nigel were equally disappointed in the dance.

They thought that Gino wasn’t at his best with this dance. Laurieann and Mary, on the other hand, had both been happy with it. They thought that the dance truly brought out Gino’s character. They also offered some push back with the guys. They pointed out what they had enjoyed and sort of dared anyone to disagree with them. But it will be to the audience to determine who stays. The next pairing was Anna and Benjamin. They were excited to dance with each other and they had been excited about the Cha Cha.

They were each goofball. They would drop each other in the dance and still laugh it off because that’s just how they were. Therefore, they had great chemistry backstage and it was really what saved them with their dance. Their footwork was slightly sloppy. Like everyone could tell that this was a rare occurrence for Anna because she usually doesn’t wear heels and so she struggled a bit. She made some errors that her partner tried to cover up and it wasn’t as smooth as the next pairing. And so they still needed some work.

Madison and Ezra went next and they were beautiful together. They danced Contemporary and it may have been cheating for Madison seeing as she was already a Contemporary dancer. Now, whether she received an unfair advantage or not, she had still made some mistakes onstage and her partner had turned it into part of the dance. He essentially covered for her. Ezra ensured he was there for his partner and so they had chemistry as well as trust. Trust was another factor for the stage because these dancers needed to have faith in their partners.

The next pairings were Sophie and Eddie. They were given a Jazz number and this time they had to tell a story. Eddie was going to be a guy at a restaurant while Sophie is the sassy waiter. It was going to be bright colors and so the sass was already there. And all the dancers had to do was just emphasize it. Eddie and Sophie went out there onstage and they had fun, but the dance itself hadn’t been great. The judges took Eddie to task for not pulling off the story and at the same time, they loved Sophie was being great onstage. It was just Eddie that dragged the dance down and he has to hope that the audience doesn’t vote him out.

The girls and the guys each had a dance dedicated to their gender groups and it had been entertaining to watch, but there were still several dancers that were disappointing tonight and nothing was going to change that for the voters!