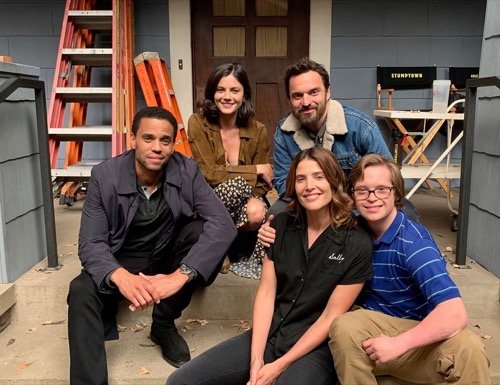 Tonight on ABC their drama Stumptown based on the graphic novel airs with an all-new Wednesday, November 20, 2019, season 1 episode 7 called, “November Surprise,” and we have your Stumptown recap below. On tonight’s Stumptown season 1 episode 7 as per the ABC synopsis, “Dex goes undercover after she is hired by a local politician to dig up dirt on his opponent. Meanwhile, Grey and Liz’s romance continues, and Dex celebrates a tense Friendsgiving at Bad Alibi.”

Tonight on Stumptown, Dex gets hired by Vanessa who is a campaign manager for Llewellyn Solcombe who’s running for office and asks her to dig up dirt on his opponent councilman Dan Gibson. Grey asks if Dex rest wants to do this job since the public likes him. Dex goes undercover as one of his supporters and starts working the phone lines to pull in more voters.

Grey and Liz continue their romantic relationship, Liz asks Grey for a job at the bar. Grey gives her a run trial in making drinks behind the bar and she does good. Dex is told by a fellow worker

Archie that Councilman Gibson’s venue for his fundraiser fell thru and she sees it as an opportunity and offers to host the venue at Greys bar. Dex sees Liz behind the bar making drinks and she’s uneasy telling Grey he thinks she too young for him. Miles shows up to the event and asks Dex if he can meet Ansel.

While Gibson is giving his speech Dex sneaks off back to his campaign office to snoop around, she’s found a letter and she’s startled by Carol who catches her with a letter she’s found under the desk and it turns out Vanessa has hired Carol as well to dig up dirt on Gibson but offered her $75k vs the 50k offered to Dex to do the job, Dex escapes giving Carol the letter by blinding her with her flashlight and she runs off.

Dex heads to the University of Oregon, It turns out he was on the faculty and she questions a teacher there about the letter he wrote to Gibson but he doesn’t give her any information. Carol goes to the precinct to report Dex breaking into Gibson’s office but Miles doesn’t do anything she wants him that Dex is in the way in over her head on this job. Dex is visited by the colleague and gives Dex some information that Gibson may have had an affair with a former student that is a female which intrigued Dex since Gibson has come out as gay to the public.

Grey helps Dex track down the former student named Emma, Dex takes a trip to go visit and speak with Emma at her home. Emma’s son Jacob and brother Casey also join the conversation. He wants to know why Dex is there, she figures out that Jacob is Gibsons son she tells her she should tell Gibson and tells her she has to fulfill her job she was hired to do and take the information to Vanessa.

Dex is conflicted and goes to Grey for advice on what to do with the information she has found on Gibson. Dex doesn’t tell him exactly what she knows and he asks her to tell him so he can give her input, Liz walks in and Dex stops talking saying she doesn’t want to speak in front of Liz but Grey tells Dex Liz knows about Emma and this upsets her, and Dex she storms out.

Dex goes to visit Carol and tries to convince her to take the information to Vanessa but Carol backs out and says she quit and isn’t in the business to hurt families anymore. Vanessa shows up at Dexs home and gives her the money it turns out Emma’s brother Casey has told Vanessa about the family secret for money and Vanessa plans on out it to the public, Dex pleads for her not to leak the information but Vanessa ignores her and heads to the County Fair where she and on revealing the information live.

Dex races to the Fair to eat Gibson what Vanessa has planned and says she regrets what she’s done, his team races to do damage control, Dex says she has a plan but Gibson won’t like it. Dex has Gibson meet with the other side and try to negotiate so they don’t release the information they agree only is Gibson agrees to drop out of the race they sign a contract and agree but not without Gibson punching Llewellyn in the face, Dex also gives Vanessa back the money she was paid saying its blood money she doesn’t want.

Liz tells Grey she wants to keep things professional between them after canceling a date on Grey, she says she feels uncomfortable watching Gret and Dex interact and says she wants to protect herself Grey yes her they are just friends and there’s nothing to worry about and he wants to prove it to Liz, she agrees.

Dex has a Friendsgiving at her home and Grey brings Liz and Miles is also in attendance. The group have dinner and share drinks but Dex looks troubled as she watches the interaction between Grey and Liz.