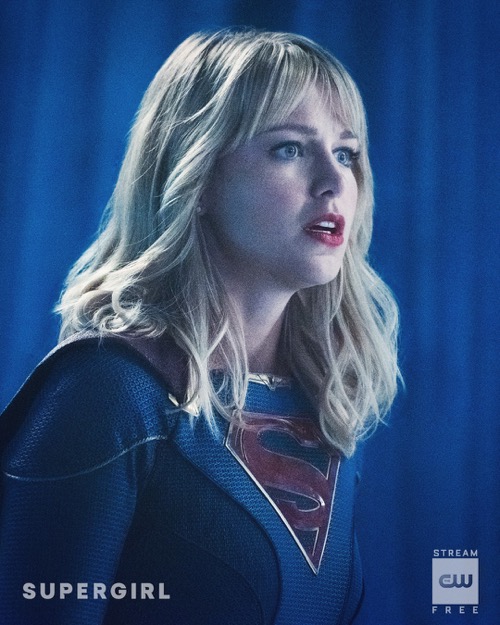 Tonight on the CW the series Supergirl airs with an all-new Sunday, November 10, 2019, season 5 episode 7 and we have your Supergirl recap below. On tonight’s episode called, “Tremors” as per the CW synopsis, “Supergirl finally learns the truth about Lena while tangling with Leviathan. J’onn J’onnz makes a discovery about his brother’s whereabouts.”

Supergirl was preparing for Leviathan. No one has any clue what Leviathan is or who it is and all the same, Kara is concerned. She thought this time felt different. She has this pit in her stomach whenever she thinks about it and she knew this feeling was there to warn her. She just does not know what from. Kara was working out with J’onn in preparation for what might happen and everything was going normally until he nearly collapsed right in front of her. Kara tried to find out what’s going on. She asked him what happened and unfortunately, he didn’t really know himself.

J’onn said he felt his brother Malefic. He said he still could feel his brother’s presence. Their connection should have been severed when Malefic was sent into the phantom zone. Yet, J’onn still feels him. He thought it could be because he felt guilty. He’s sent his brother to one prison or another more than once and to do that must say a lot about him. J’onn was thinking about it. He was advised that maybe he should talk to someone and he told then that it wasn’t his thing. He was going to handle it the Martian way.

J’onn went off to do just that. He was meditating in order to get into a clear enough mind-frame to speak to his father and in doing so he was missing out on all the action. It turns out Leviathan revealed himself. He attacked an L-Corp event because he wanted to scare Lena and get his medallion back. Not that she was scared in the slightest because she knew she had Supergirl. Lena has cultivated that relationship knowing that Supergirl would save her if push ever came to shove and that’s exactly what Kara.

Kara saved Lena. She also battled Leviathan and got to see herself what kind of firepower he was working with. Leviathan was shown to be an earth-bender. He could bend the elements of the earth to his will and he’s been doing it for a very long time. The bible mentions him several times. There was even a link between him and Noah’s flood as well as many other supposedly human disasters. Like Pompeii for one. Leviathan has been around for thousands of years and that makes one of his powers longevity.

The team was later happy to welcome Lena back because they needed as many hands to battle Leviathan as they could get. They didn’t know Lena knowingly provoked him or that she’s been dealing with his surrogates. Lena was visited earlier by Margot who tried to steal the medallion and Lena was saved thanks to her own security measures. Lena could probably have battled Leviathan as well and yet she wanted Kara to save her. Kara didn’t know she was being used. She simply went along with Lena’s agenda and she did exactly as Lena wanted.

Lena wanted to gain Kara’s trust because she wanted to visit the Fortress. She was told by her brother that Superman had collected every weapon used against him and had stored in an offsite called the Fortress. Lena wanted a specific weapon so she manipulated Kara into taking her. Lena got to go and she was almost killed by the building. The Fortress demanded that she lower her weapons. Lena then claimed to Kara she was unarmed and so Kara turned off the Fortress’s security system. And the worst possible moment too.

Leviathan was looking for Lena and Supergirl. He couldn’t find them anywhere on Earth and so a friend made him realize that they must be in a structure not made of earth. Someplace like the Fortress. Lena was there and she was severely guilt-tripping Kara. She talked about all the times that she tried to save Kara’s life in the past because she thought Kara was defenseless. She also made Kara feel bad about keeping Supergirl a secret and used every comment of hers to drive home to Kara that out of the two of them it was Kara that was proven to be a liar.

Lena tore Kara down because she wanted to gain access to the Fortress’s system. She was able to do so later on and she also received information on Leviathan. Both Kara and Lena heard how Leviathan came from a twin planet to Krypton that fell into extinction because of civil war. They also heard how Leviathan wasn’t alone. He came with a group of people that fled their planet and so Kara showed Lena the armory because she thought they were going to have to load up on weapons to battle Leviathan.

Back in the city, Alex and Brainy fell into a trap. They were lured in by the idea of Rip Roar to location and put themselves in harm’s way when the trap turned out to be attached to a bomb. It was a miracle they weren’t seriously hurt. They were some repercussions, however. Alex fell unconscious and Brainy received a cut on his head that lowered his inhibitions. Alex soon recovered. She was back on her feet and her girlfriend considered a breakup because she felt Alex’s job might be too dangerous for her to deal with.

Alex was hoping to talk her around. Only she was needed by Brainy because his lowered inhibitions helped to receive visions and he saw Leviathan’t headquarters. In was in National City. Brainy and Alex went there and they entered the building without thinking it through. They didn’t call for Kara until alter. By then, Leviathan had found her and she was battling it out with him. Kara had a home advantage. She used the fact the Fortress was Krypton to cut him off from the Earth and no sooner did she and Lena fight him off that Kara caught Lena grabbing Myriad.

Lena was caught red-handed. She could have lied. She could have played it off or claim she wanted to use it on the leviathan and surprisingly she didn’t. She confessed to everything. She told Kara that she was using her just like Kara had once used her and, so even when she was in the wrong, Lena was still trying to justify her actions. Lena said everything changed when she killed her own brother. She told Kara how it happened and that Lex used his dying breath to tell her Kara was Supergirl.

It was that betrayal that convinced Lena to turn against Kara. Kara was her friend and she knew the one thing that Lena hated most was a betrayal. Lena even killed her own brother because she thought she was doing it for her best friend. Then to find out that friend had been lying to her the whole time had been too much for Lena and so that’s why Lena was betraying her now. Lena reprogrammed the Fortress to lock down Kara and she then escaped with the Myriad ready to carry out her mission.

A mission that no longer included Malefic. J’onn had found out where his brother had been taken and he traveled there not to imprison his brother. He actually wanted to make amends. J’onn begged his brother for forgiveness and he submitted himself to the bond because he wanted Malefic to see his truth. Its what his father has suggested in his vision of him and it worked out because Malefic finally understood that his brother did love him. It may not be how he originally wanted it to go. And yet it was for the best.

The brothers were now healing.

Alex and Kelly were thankfully still together.

Leviathan and his people escaped.

And Kara was still trapped at the Fortress.