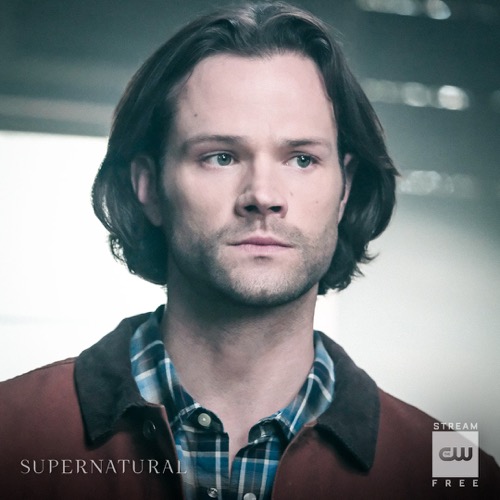 Supernatural airs tonight on the CW with an all new Thursday, January 24, season 14 episode 12 called “Prophet and Loss,” and we have your Supernatural recap below. On tonight’s Supernatural episode as per the CW synopsis, “Sam and Dean must figure out how to stop the bloodshed when Donatello, who, in his current condition, is inadvertently scrambling the order of future prophets. Nick comes face-to-face with his past.”

Dean is closed in a box. He can hear water. He tries to punch his way out. He screams for Sam. He looks at his phone. It goes dead. He wakes. Sam comes in. He tells him it was just a bad dream. Dean admits he is scared. Sam wants to find another way to get rid of Michael but they don’t have one.

A woman cries and whimpers with her hands and ankles bound. A man close by preps a vat of water, pouring what looks like salt in. He plunges her in and begins torturing her. She drowns. He looks to the ceiling.

Nick is in the infirmary at a jail. An officer comes in to give him a meal. They talk. Nick tries to explain that it was truly the devil possessing him. The officer thinks he is crazy.

Cas calls Sam. He hasn’t come up with a solution yet for Dean. Cas wants to talk to Dean and change his mind but Sam tells him he isn’t going to change his mind. They just need another option.

The man who drowned the woman has another victim. He mumbles about the gods of Egypt and executing judgment. He kills the man on a sheet of plastic on the floor with a knife. He starts to hear voices.

In the car, Dean tells Sam he is sorry for not being a good brother. Sam tells him otherwise, telling him he raised him and has always been there. Dean talks about how he used to upset their dad who would send him away. Sam let all that go a long time ago and doesn’t want to have death bed apology talks.

As Nick is being taken to the bathroom, he knocks the officer out before attacking him. He grabs his things and hops off.

Sam thinks he might have a case for them. Dean refers to it as one last case for the Winchester boys. Sam gets annoyed and fills him in on news reports about a woman who was drowned in salt water and a male who had something carved into him.

They arrive at the home of the male victim’s twin brother. After talking about how his brother got weird, the twin shows them a picture of the man who has been drowning and torturing people. His name is Tony Alvarez. Cas calls and tries to persuade Dean into talking about the Michael situation. Dean doesn’t want to talk and mentions the case and Tony. Cas knows him, he is next in line to be a prophet after Donatello dies.

Dean calls Dr. Rashad and mentions he is Donatello’s nephew. He asks how he is doing. Donatello is still alive. They head to Tony’s house and let themselves in. They look around I the dark with flashlights. Dean comes across a room with Enochian writing, religious psalms. After looking at pics of the victims he keeps they determine where he is and what he plans to do next – light someone on fire. They rush to the location and stop Tony in the middle of the act.

He tells them he is doing God’s work who has been speaking to him. Dean calls him a psycho. After they wrestle a little Dean loses his gun. Tony grabs it and kills himself. They call Cas who explains that something is wrong with how the prophets are being chosen, almost a misfiring in the chain of command. Sam asks how to stop it, Cas pauses and Dean interjects – “you know how.”

Nick goes back to the scene where his family was killed and sees his wife, Sarah. She is a ghost with unfinished business. He tells her he killed the demon Frank who killed her. She explains that her business is with him, he chose Lucifer. She tells him to reject Lucifer. He admits he cannot. She tells him she doomed her and him. He says he is sorry before leaving to find Lucifer.

Sam and Dean arrive to meet Dr. Rashad who tells them their Uncle Donatello is pretty much brain dead. The other doctor comes in the room. It’s Cas. After Rashad steps away, Cas tries to talk to Dean who is adamant this has to be done. Sam leaves and comes back. He has a video of Donatello speaking Enochian. Cas watches. It appears Donatello is fighting and talking about rebuilding. Cas tells them they have to save him. Cas appears to be searching his mind. He finds something. Donatello comes to. They switch off the life support. Donatello is alive. The real doctor comes in. They all praise it as a miracle.

Hours later, Donatello wants to skip the jello. He could go for some extra crispy wings. Dean tells him to relax a little. Cas tells Dean in a whisper that Donatello is back but without a soul.

Dean meets Sam outside. They have a beer while Sam starts in about Dean’s plan. Sam cannot believe all they have been through. And now Dean wants to just give up. Sam shoves him in the chest. Dean tells him he isn’t giving up. Sam calls him a quitter and references Donatello’s come back. They can find a way too. Sam starts pushing him again. They end up hugging. Dean tells him they can look for another way but if Billie is right, Sam has to put him in that box. They head home.