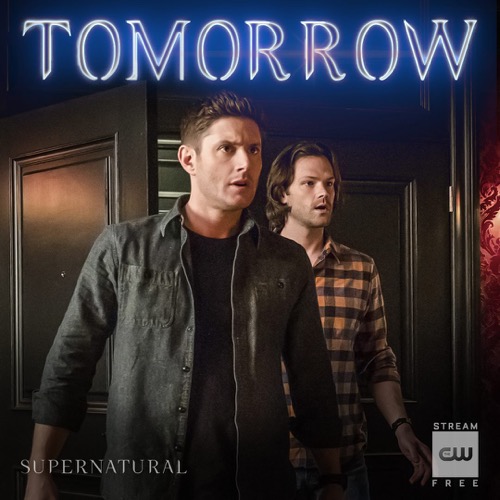 Supernatural airs tonight on the CW with an all new Thursday, April 11, season 14 episode 18 called “Absence,” and we have your Supernatural recap below. On tonight’s Supernatural episode as per the CW synopsis, “Sam and Dean continue to worry about the condition of Jack’s soul.”

Sam and Dean come home to an empty bunker. Jack and Mary aren’t there. They assume they are out to eat after a hunt. They call. Mary’s phone buzzes in her bag just feet away. They try Jack, no answer. They touch base with Cas who tells Dean about the snake and how Jack isn’t well. They need to find him right away. They track his phone in France.

Jack comes to. He gets up off the dirt ground in the dark. He recalls the past hours with Mary. He can hear her pleading. He looks behind him to find his father, Lucifer, who tells him he is Jack’s subconscious. He wants to help him out of the pickle he is in, but there is nothing he can do. He killed Mary and now he is back at the scene of the crime. Now he needs to accept it. Jack tells him it was an accident. He gets angry.

Sam and Dean arrive at Jack’s location at a cabin. Sam finds Lucifer/Nick inside on the floor bloody and burnt. Dean finds something in the woods out back, a blast site.

Cas is in the driveway of the cabin. He thinks back to when he saw Mary last. He heads inside. Dean and Sam catch him up to speed. Dean tells Cas that he knew about Jack and if he did something to Mary, he will never forgive him. He will be dead to him. Cas tries to explain how he had faith in Jack and how he failed Dean and Sam. The phone rings. It’s Rowena. She tells them she cannot track Jack, he is all over the place and that Mary is no longer on this earth. Dean explodes. He demands they have Rowena resurrect her. He tells Cas to find her.

Rowena answers the door. It’s from Jack. He needs her help. He needs magic to bring Mary back. She stalls him. Sam and Dean arrive. Meanwhile, Cas is trying to reach Naomi.

Jack disappears with Rowena with his wings and the Book of the Damned. Sam remembers back to a moment he shared with his mom who was training Jack. They have always known Jack could cause some serious damage, he tells Dean. They are all to blame.

Jack is getting angry with Rowena. He needs her to hurry up. She tells him she has everything but they need Mary’s body. Meanwhile, Cas demand Naomi comes down from Heaven. Duma answers him and shares that Mary is in heaven. She is at peace and complete. Why would they want her back?

Jack gets upset. He needs to bring back Mary but Rowena tells him they can’t. He sends her back to her home. She calls Sam. She warns him and Dean that Jack is upset and desperate. He is going to bring back something bad, not Mary.

Jack works in the woods to make things right. Moments later Sam and Dean arrive. The car stops as they pull up. The winds are whipping as Jack chants. Thunder crashes. Silence comes. Sam and Dean rush to his side. He tells them it didn’t work. He disappears leaving Mary laying lifeless on the ground.

Jack talks to Lucifer/Nick. He tells Jack that they will never trust him again. And vice versa.

Back at the bunker, Cas arrives to tell Sam that Mary is in heaven and in peace. He saw with his own eyes. She is with John and there is no sorrow. Sam shares that Rowena told him Jack brought back Mary as a shell. The three head out to have a hunters funeral in a field. Cas tries to walk to Dean to comfort him but Sam stops him. They watch the fire rage after throwing photos in.