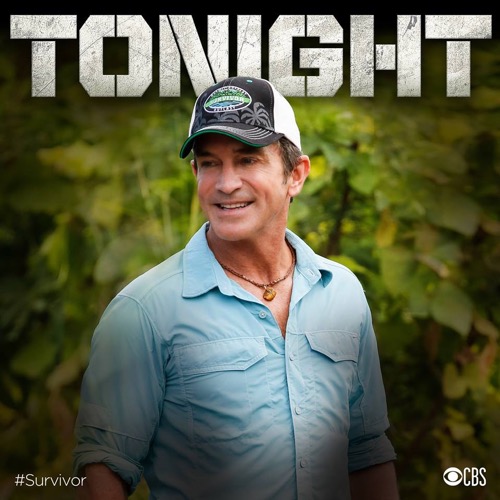 Tonight on CBS Survivor: Edge of Extinction airs with an all-new Wednesday, March 13, 2019, Season 38 Episode 4 and we have your Survivor recap below. On tonight’s Survivor season, 38 episode 4 called “I Need a Dance Partner,” as per the CBS synopsis, “Castaways drop their buffs and switch things up, and “Edge of Extinction” heats up when an eliminated castaway has to face people they blindsided.”

Wendy is always a threat of going home, but she is still in the game. She thinks she is doing everything right since she hasn’t been voted out. Kelley doesn’t think Wendy is normal, who hides the flint and thinks it is funny.

Jeff tells everyone to drop their buffs, the two tribes are expanding to three tribes. Jeff hands out little wrapped packages with buffs inside. There is blue, yellow and green. Jeff is stunned, everyone is with their original tribe members except for Wendy. Gavin doesn’t ever remember a switch like this, but he likes it. The tribe is called Lesu.

On the Kama tribe, Joe thinks he is in a great spot, he tries to solidify his rapport with Ron but little does he know, Ron is just playing him. Little does Joe know that 20 minutes ago, Ron told Julia to go through his bag while he keeps him at the watering hole. Ron has to make sure that Joe doesn’t have an idol, he is a challenge beast and that could be dangerous. Julia doesn’t find anything.

At Lesu, Rick likes his tribe but they are all wondering what Wendy is telling her new tribe. Kelley doesn’t like the new camp, there is no shelter and very little rice. Even the strongest person can break under these circumstances. Lauren is having a hard time, life is a lot harder than she expected it to be.

At Manu, everyone heads down to the beach and Wendy shows them around. Aubry is really excited about the tribe, they have Wendy and she is an easy pick off. Wendy gives them everything about the former Many tribes, she is a wealth of information.

Late at night, Wendy knows that her new tribe they want to kill the chickens, so she sets them free.

Chris catches fish for the three, the other two are liking him a lot more now. Chris thinks they are a strange family.

At Manu, it’s morning and the chickens are gone. Eric says if he finds one, it’s going under the machete. Victoria is all for killing the chickens and doesn’t care if Wendy cries herself to sleep. Wendy says she would rather go to the tribal council than kill the chickens.

Time for the Immunity Challenge, today, two tribes will be safe. For this challenge, they will race over a series of A frames while carrying coils of rope. They will then use that rope to carry a heavy crate to the finish. Use the pieces inside the crate to solve a puzzle. First two tribes to solve the puzzle, win immunity and safe from tribal council. The losers will head to tribal council and one tribe member will be voted out.

It starts raining and everyone is having a hard time to get over that A frame. Manu has an early lead and keeps it all the way to the puzzle, but the other two tribes are right on their tale. Kama wins immunity, and we are looking for one more tribe to win second place. Manu wins. Lesu is going to tribal council and the fourth person will be voted out.

At Lesu, the tribe is miserable. They are not very good at challenges. They are at a point that they have to vote out people they trust. David wants Kelley out, but he doesn’t feel the timing is right. Best case scenario, they let Lauren go because she is not eating. At Tribal Council, all the tribe agrees they like each other and this is a difficult situation. Kelly starts crying, she says they have been through a lot together and this is not easy. Lauren says that tonight is really hard because they respect each other. Wardog says this tribal is different, there is no reason to send anyone home. David says it is the most special tribal he has ever been at.

Time to vote. Nobody plays an immunity idol. It is a tie, two votes Lauren and two votes for Rick. The person voted out, Rick.

Rick has to face the decision of, does he leave the game or go to the Edge of Extinction – he chooses the edge.