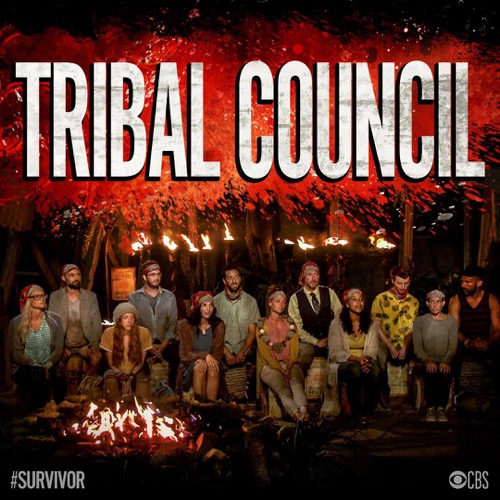 Tonight on CBS Survivor: Edge of Extinction airs with an all-new Wednesday, April 10, 2019, Season 38 Episode 8 and we have your Survivor recap below. On tonight’s Survivor season, 38 episode 8 called “Y’all Making Me Crazy,” as per the CBS synopsis, “Tribal council heats up, and castaways strategize until moments before the vote; concentration is key at a classic immunity challenge.”

Ron can’t believe the disaster at Tribal Council; he spent a lot of time making Kama strong, all the power he thought he had, he actually didn’t.

Tribal Council went exactly how David wanted it to go, but he had to vote with Rick because of the idol they share. David really wants to shake things up and take control of this game.

Eric is seeing how life is at the Edge of Extinction. It’s own unique challenge, there are no rewards and its the great slowdown, goes from a million to zero. It becomes easy to talk yourself out of being on the Edge of Extinction. Joe knows how it feels to have an inner conflict, but he has to stay tough. Chris catches some fish and a stingray, there is food the hopeful castaways.

Back at camp, David is talking strategy with Julie and she is having a hard time, she was completely blindsided when Eric was sent home and feels she is all alone.

Little does David know, but he is a target for the upcoming Tribal Council.

Time for the Immunity Challenge, for today’s challenge they are going to stand on a narrow beam while balancing a ball on a wooden bow. At regular intervals, they will move farther down the beam making it more difficult. If at any point they fall off the beam, or their ball drops and they are out.

It’s a very hot day in Fiji, sweat is dripping. Wardog is the first to drop, then Julie, and Ron, Devens, Aurora, Victoria, Lauren, Kelley, and Julia. It is down to David and Gavin, both are solid. David can’t recover when his ball starts to move, Gavin wins individual immunity.

For the first time after an immunity challenge, when they return to camp, everyone scatters. David, Rick, and Julia are left together. Rick’s pitch is to break up the original Lesu’s because they always vote the same and they are still together in the game. Lauren wants to get rid of Ron and wishes that David had won the immunity challenge. Julia wants to reunite Kama strong. It seems that the mood is changing in the tribe, get rid of the queen bee, Kelley in the Lesu trio.

Gavin is not really big on the Kelley vote, he wants to get rid of David and tells Victoria that that is the best move. In the meantime, Victoria doesn’t know that keeping Kelley is better for Gavin’s game.

David tells Rick that he thinks they are going to vote him out and wants to use the idol, Rick agrees.

Kelley feels that she might have to play her idol because people in the tribe are acting very strange.

Time for Tribal Council. Julie says that she was on the wrong side of the blindside last tribal, and feels like she can’t trust anyone. Kelley says that the Kama group may have come back together and she is not sure how things are going to play out tonight. David says that between a minnow and a shark, he feels like a minnow. Julie says she was feeling great the day before but now she is feeling mentally drained; it is so much harder than she thought it would be and she is sure it is another blindside. There is a lot of desperation going on, everyone is whispering and making plans. Jeff thinks it is hilarious, they are making their final decisions and Julie starts freaking out. This is so nuts, everyone is talking out loud and actually mentioning who they are voting for. All Jeff can say is “wow.” Time to vote.