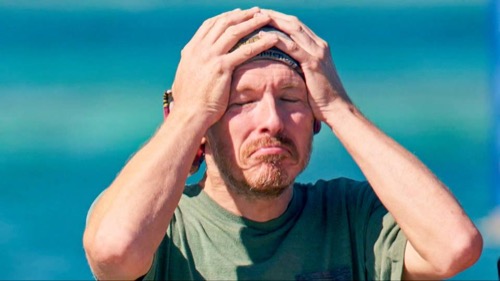 Tonight on CBS Survivor: Edge of Extinction airs with an all-new Wednesday, April 24, 2019, Season 38 Episode 11 and we have your Survivor recap below. On tonight’s Survivor season, 38 episode 11 called “Fasten Your Seatbelts,” as per the CBS synopsis, “Another blindside could be in sight after alliances start to crumble. Also, one castaway comes out on top after a crucial immunity win.”

We are down to eight and Lauren is upset that they lost Kelley, she felt like her older sister. She is so mad at Wardog and wants to take Rick out because he poses a threat to everyone. Gavin trusted Wardog 100% and he was let down, that bridge is burned and he is getting tired of him barking out orders; he is next on his list. Ron knows Wardog is a loose cannon, but he can’t help be happy that Gavin wants him out. The only person he is worried about is Julie, he needs to mend fences with her. Ron shares with Julie that Aurora gave him her extra vote, he hopes it will build their trust. Julie was clearly left out of the vote, but she doesn’t blame Ron, she truly believes that he has her back.

The next morning Rick is still happy that Kelley is gone, but he needs to secure his alliance with Ron and Wardog; they all agree. They are each other biggest threat, but each other’s allies. They plan on taking out Aurora.

Time for the Reward Challenge. For today’s challenge, they are going to swim out to a platform, run across it, jump in, pull themselves under the platform, retrieve a ring, race to the finish. Once they have three rings they will race to land them on their targets. The first team to finish will win will be taken to mud baths where they will enjoy sandwiches, chicken, shredded pork, roast beef, salad, roast beef and brownies for dessert.

The tribes have been broken down into two teams. For blue, it is Lauren, Wardog, Devons, and Julie. For yellow, its Ron, Aurora, Gavin, and Victoria.

The blue team wins, the yellow team head back to camp with nothing. Roy is ok though, he gets to build a stronger relationship with the three on his team.

At Edge of Extinction, Reem is happy that Kelley was voted out and there is no love between them even though Kelly apologizes to her for being a part of getting rid of her.

The blue team returns to camp after losing reward and it’s really depressing, but Ron is going to use that time to the maximum. Collectively, it looks like they are going to vote out Devens. Ron gives back Aurora her extra vote to build trust with her. Ron gets a little snappy with Aurora over rice, and if he is not careful, he is going to seal his fate. On the other hand, Ron can’t stand that Aurora is a control freak.

On reward, the yellow team is enjoying their mud bath, Devens and Wardog are making fun out of rubbing the mud on each other. The team then heads into a pool of hot water to wash off the mud, then it is a shower. While the guys are in the shower, the women discuss getting rid of the men.

Time for the Immunity Challenge. For today’s challenge, they are going to race over an obstacle carrying a buoy. They will then maneuver a second buoy through a long tunnel. Finally, they will grab their third buoy and crawl under a net. They will then use the keys attached to solve a puzzle. The first person to finish their star puzzle wins immunity, guaranteed to see day 30. Devens wins immunity.

Victoria is so made that Devens won, the longer he sticks around, the bigger the threat he becomes. Wardog and Devens are the biggest threats, so maybe they have to vote out Wardog.

Ron knows if they vote out Wardog, he is going to be the next biggest threat and the next on the way out.

Wardog tells Ron that they need to take out Aurora so they are not targeted, the two go to speak to the other tribemates one on one to get their votes.

Lauren is trying not to be emotional about the vote, but she doesn’t think taking out Wardog is the best thing for her game.

At Tribal Council, Gavin tells Jeff that Wardog and he hadn’t spoken since Kelley gotten voted off. Devens said that every step is precarious right now. Wardog says that everyone on the jury was once a big target, and he thinks he has also become a big target. Jeff asks Aurora if they did an anonymous survey, would everyone left on the tribe agree who the biggest threats were, she says absolutely not, the game is about perception and it is not over yet. Time to vote, nobody plays an immunity idol. The first vote for Aurora, then Wardog, Aurora, Wardog, Wardog, Wardog – the twelve-person voted out is Wardog. Kelley couldn’t be happier, Devens is clearly shocked. Wardog tells them that they made the right decision.