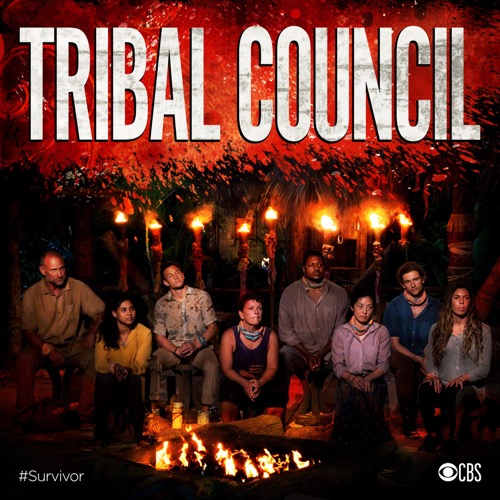 Tonight on CBS Survivor airs with an all-new Wednesday, October 30, 2019, Season 39 episode 6 and we have your Survivor recap below. On tonight’s Survivor season, 39 episode 6 called “Suck It Up Buttercup,” as per the CBS synopsis, “Rival alliances go head to head over a powerful player, and one castaway must decide if they are daring enough to take on a risky task after visiting the Island of the Idols.”

At Lairo, tribal went according to plan. Noura has a plan, she wants to get Jamal and Jack gone, she says “I’m gonna kill them before they kill me,” because they were targeting her before. Dean knows Noura’s plan, but she is all over the place, the one thing though, he knows there is a crack and that is to his advantage. Dean goes to Jamal and tells him what Noura said. Jamal and Dean think Noura is bonkers and for Jamal, getting rid of her is the highest priority.

Meanwhile, on the other tribe, Aaron is willing to vote Elaine out because the tribe is split down the middle and if they go to trial, he doesn’t want his fate decided by rocks.

Time for the reward challenge. Today they are going to transport a sled loaded with sandbags and have one tribe member on top, down a track through a series of obstacles. They will retrieve a key, use the key to unlock a slingshot – use the slingshot to knock down three targets. One more thing, the person they carry on the top of the sled, must be the person who shoots at the targets. First to finish wins reward; chickens. Vokai has one extra person, so Elaine sits out. Jeff tells her that she is heading to Islands of the Idols. Aaron will be shooting for Vokai and Jack for Lairo.

Elaine arrives on the Island and sees Boston Rob and Sandra. Rob tells her that everyone that goes to the island gets a lesson and hers is about having the courage to be daring. There is a bottle upside down with sand coming out and Rob tells her that she has until all the sand is gone to decide if she wants to accept her test.

Elaine says she is ready, she doesn’t need time – Rob hasn’t even told her what it is – and being that impulsive can be a double-edged sword. Rob reads the test, at the next immunity challenge, a voting challenge will be hidden, she must secretly grab it while surrounded by her tribemates. Both teams are going to start on the map, the first thing to do is dig in the sand to get into the cage, then the tribes have to move the cage over a table and set it down. Underneath the table, that is where her advantage will be. It’s not going to be easy, and she only has one shot to do it. If she fails, she will lose her vote at the next tribal council. She then has to put her hand in a bag and choose the next person who will visit the Island of Idols.

Elaine is back with the tribe and she spills the beans with Elizabeth, who promises to help her succeed.

Time for the immunity challenge. Today they are going to dig under a large bamboo cage, pick it up and make their way across the course, picking up five balls along the way. When they reach the finish they will attempt to land those five balls into targets. First to finish wins immunity and is safe from tribal council.

Vokai is ahead, Lairo has one challenge this season and there is a reason why; they are slow. It’s a showdown, 4/4 but Dean does it for Lairo, they finally win another challenge. Vokai may have lost the challenge but Elaine got her advantage. Elaine thinks the women and Aaron are on her side, she tells them about her advantage but little does she know, Aaron is going to blindside her.

At tribal council, there are four Vokai and four Lairo; so it is a very important vote tonight. Most of the tribe tell Jeff that they are willing to draw rocks tonight. Elaine announces that she got the “block a vote” advantage and she chooses to block Jason’s votes. Lauren starts to cry, she says she has dreamed about being there since she was eleven years old and says it sucks. Jeff goes to tally the votes. The first vote is for Elaine, next vote Elaine, Elaine, Jason, Jason, Jason, Jason. The sixth person voted out is Jason, now that is a blindside! As Jason leaves he says don’t trust Aaron. Tommy is so mad and Boston Rob says, suck it up buttercup.