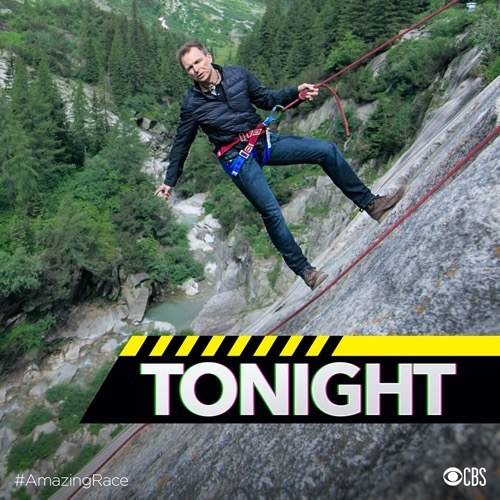 Seven teams remain. Tyler & Korey are the first team to depart, they are leaving Uganda and fly 3500 miles to Zurich, Switzerland. After touching down, teams will catch a train to a small town to pick up their next clue.

Becca & Floyd (team fun) decide to grab a beer at a local pub because there is a six hour wait before their plane departs. Leo & Jamal show up and join them. Rachel & Elissa show up, Becca & Floyd offer them a beer as a peace offering and they all vow no more U-Turning. The three teams agree that they are not the strong teams and are worried that one of them may be U-Turned this round. The teams agree to U-Turn Colin & Christie if the opportunity arises. Rachel & Elissa plan on telling Nicole & Victor, and maybe the will U-Turn someone on team fun and Rachel & Elissa won’t have to do anything.

Teams are all on the same flight and caught up with each other again.

Becca & Floyd, Leo & Jamal find out what Rachel & Elissa did and are not happy that they are playing both sides of the fence.

Once they arrive, all teams have a three-kilometer run to the clue box, this one is a Road Block, “Who Wants To Take The Scenic Route?” which is bungy jumping into an imposing glacier gorge, a 70-mile hour free fall, 400 feet above a raging river.

Once they are back on land, they will have to look for their next clue somewhere in the gorge. Korey is the first to go and he lets out a huge scream. Becca is next, I think it is worse when you see someone do it before you. Becca does it and shouts, “I love this life.” Leo is next, he looked like he was trying to resist and grab the rope. Nicole is terrified, she is watching Leo. Christie did it, she has her arms wide open and faced her fears head-on. Time for Nicole, she is trying to back out and the person in charge at the top of the gorge tells her that if she does, she will have to go behind all the other teams. Nicole ends up doing it, but she doesn’t jump, she gets pushed.

Tyler & Korey has a little bit of a lead, they fly by helicopter and the view is spectacular flying over the mountain tops to Grimselwelt. Once they land, it’s a Detour; Water Power where they will have to ride the world’s steepest funicular and look for the names of eight water basins and how much water they hold – when they get to the top they must figure out where those names and numbers are on a map, relying only on their memory and have to ride up and down until they get it right. Or, Water Down, after descending 150 feet down into a glacier river, teams will go canyoning, grab a clue at the end of a rope and continue downstream.

Nicole & Victor meet up with Rachel & Elissa, Nicole plays nice but Victor won’t have anything to do with it. Tyler & Korey chooses Water Down and have to first propel down the side of the mountain, then jump into a chilly pool of water. Next, they have to jump into the water, but grab a clue on the way down. Most teams choose this Detour. Tyler & Korey are the first to finish this Detour.

Leo & Jamal choose Water Power and first have ta go over a suspension bridge to get to the funicular; they get it right on the first try. Leo & Jamal did really well, but they have to wait for the funicular to return to pick them up and take them back down, unfortunately, there is only one and it gives other teams a chance to catch up. Leo & Jamal’s funicular arrives, Nicole & Victor are in it.

Next, it is on to the Pit Stop at Michaelskirche, that dates back 600 years.

Nicole & Victor are the last team to arrive, they get into a disagreement with Rachel & Elissa reagrding the whole U-Turn thing. Nicole starts crying, Victor tells everyone to stop. Phil tells them that they are the last team to arrive, but this is a non-elimination round, which means that in the next round they will have to complete a Speed Bump as fast they can and catch up to the other teams. Nicole & Victor are happy.