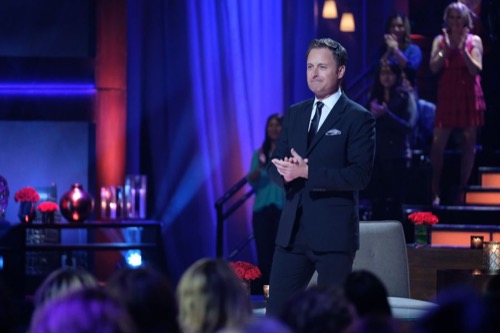 The Bachelor 2019 finale airs on ABC this evening with an all-new Monday, March 11, 2019, season 23 episode 12 Finale Part 2 and we have your The Bachelor recap below. On tonight’s The Bachelor season 23 episode 12 “Season Finale Part 2,” as per the ABC synopsis, “In the Season 23 finale, Colton explains what was going through his mind and heart during the final days of his journey to find love. Demi, Onyeka, Sydney, Jason Tartick and Chris Randone also reflect on the extraordinary conclusion.”

Tonight’s episode of The Bachelor begins in Portugal, Colton knocks on Cassie’s door, they hug and he tells her that he didn’t want it to end the way it did the other night, he wants another conversation with her, she says yes.

Colton loves Cassie and right now he has nobody. He said goodbye to Taysha and Hannah for a chance to be with Cassie.

He tells her that watching her walk away was the hardest thing and that is why he sacrificed everything for her. He tells her that he ended things with the other two girls for her. The two would have given their lives to him, but they are not who he wanted to be with. He is not asking for marriage, he is asking for a second chance to take it day by day and to figure it out. Cassie says she is so nervous, this is crazy, really crazy. Cassie is trying to let all the shock of this wear off. She has been trying to rationalize everything, the other women seemed so far advanced than her and ready for marriage. She wants to be sure of how she feels and it is really hard for her.

She says that she doesn’t want him to give up things because in the future he could come to resent her for that. Colton says that is a part of a relationship, compromise, sacrifice. Colton gave up everything, he wanted to show her that he loves her and is willing to give up anything for them. Cassie kisses Colton, she is shaking. He tells her about the eight-foot fence that he jumped and ran away because he was so upset that she left. He now wants to take this day by day, he wants her to meet his family, they are waiting for them in Spain. Cassie says she wants to go with him.

Cassie is so overwhelmed, she can’t believe this is happening. She has no idea what to expect but wants to take it one day at a time.

Colton breaks the news to his family that they are only meeting one woman, he goes on to tell them that he broke up with two women to take Cassie. His father asks him if he is in love with Cassie, he says yes and tells them that he doesn’t believe she is in love with him. He also drops the bomb that he is no longer a virgin.

Colton’s parents are worried about him, that he is head over heels in love with Cassie and she is not there.

Cassie meets the family, she tells them that she is nervous. She is honest with them, tells them she left because she didn’t know if she could get to the point where she could spend the rest of her life with him, so she didn’t want to hold him back.

Colton’s mother is nervous, she sits with Colton alone and tells him that she is afraid because Cassie left him and she doesn’t him to get set up for another heartbreak. Colton tells her that she is different and he has all the hope that they can get there together.

Cassie is with Colton’s dad and tells her that if she is sitting there, there is something special about her because when Colton loves, he loves deeply. He is very worried that Colton loves her and she won’t love him back, he may end up heartbroken at the end of this.

Colton’s mom is next with Cassie, who tells her that she bailed because of all the pressure of having to make a decision. She says that they are on a little bit of a different page, that has been on her mind, and she wants to be confident about her decision, she wants to be all in.

Colton tells his father that when he is with Cassie, it is all he can think about, he doesn’t want to lose it. Colton’s dad starts to cry, he says that he has seen him hurt badly before when he fell in love and he wants him to feel that way again, but he hopes that she is open to that in the end.

Colton would rather risk getting his heart broken again, than losing Cassie. Colton is literally giving his heart to Cassie, and all depends on what she is going to do with it.

The next day, Colton and Cassie have a date, they are going to explore Spain together. Cassie is nervous, she does love him, she just finds that he is a step ahead of her. The two are going on a picnic, but Colton tells her it is at the bottom of a cliff, and they have to propel down. Cassie actually looks like she is having an easier time of it than Colton. One down to the bottom, Cassie tells him that being in a relationship is a commitment and that is what that scares her. She was in a relationship in College, he was planning everything out and it got really controlling. She just wants the freedom to be her, she doesn’t want to lose that and that is why she is so careful. More than ever, Cassie feels how in love he is with her. Tonight is huge, there is a possibility of an overnight.

It’s dinner time, Colton and Cassie are enjoying a glass of wine. She says that if she is going to commit to being in a relationship, its because she feels like she is going to get there. She feels more confident and appreciates what he has taught her since she met him. He tells her that he is so happy that his relationship is with her. He lifts a card from underneath his placement, it is an invite to spend the evening in a fantasy suite as a couple. So, Colton asks her and she quickly says yes. Colton sends out all the crew, hangs a do not disturb on the door, and goes inside with Colton.

In the studio, Chris has invited some of his friends to dish on what he thinks is going to happen with Colton. Sydney, Onyeka, Demi, Chris the Goose, Jason, and Ben. Ben is happy that Colton is in love and in the Fantasy Suite. Demi hopes Cassie jumps on Colton, she thinks they are good for each other. Onyeka hopes Colton doesn’t come up short. Sydney says it is like makeup sex and the first time together all in one, its an explosion waiting to happen. Goose says sometimes the Fantasy Suite is more about serious talks than sex. Demi thinks they really have something special together.

The next morning, Colton is in the shower, the night was amazing and he feels like a new man. Colton serves Cassie breakfast in bed. The two are sitting in bed, Colton keeps blushing. They both say they are really excited to see where their relationship is going to go. Colton feels like they are finally at a point that the two are on the same page.

Colton and Cassie left Spain very happy together, are they still happy? They are in the studio and join Chris in the hot seat. Chris asks them where they stand now, they both say they are in love and have talked about getting engaged. Colton says they are enjoying dating right now. Colton moved closer to Cassie, but they are not rushing anything.

Chris asks Colton if there is anything he wants to add. He says he didn’t get the chance, he reaches out for a rose, and asks Cassie if she will accept his final rose, she says yes and they kiss. Chris surprises them with a seven-day trip back to Thailand. Chris asks Colton if he lost his virginity in the Fantasy Suite, Colton says that because there are two of them in the relationship now, he is going to keep it to himself. Chris announces to celebrate their relationship, Air Supply will sing live. Colton and Cassie get up and dance.

Time to announce who will be the new Bachelorette, Hannah B. Chris congratulate her and she says she is feeling all the emotions but is really feeling grateful for the opportunity. He asks how her family feels about this, she says they are really supportive of her. Chris shows a clip of when she found it and you can see how overwhelmed she was with the information. Chris tells her that her season is going to start right now, they can’t run to the mansion, so he brings the mansion to her. Chris asks her if she believes in love at first sight, she says sure, it might be for her. Chris says the journey begins and walks away. The first guy walks up and says hello, his name is Luke. Next is Justin and he brings two glasses of champagne to make a toast. More and more come out until Chris announces that she has to give out the first rose to one of the men, she gives it to Ken. Her season premieres May 13th.