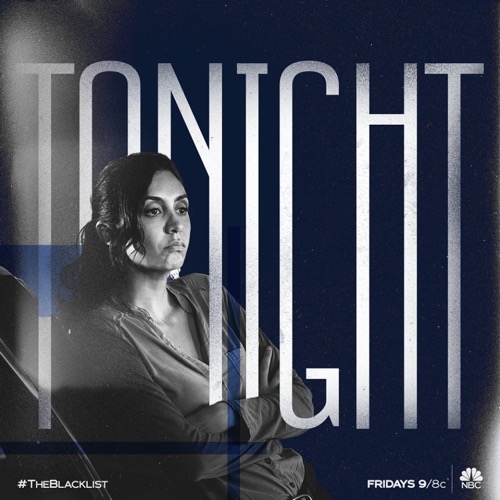 Tonight on NBC their hit drama The Blacklist starring James Spader airs with an all-new Friday, January 18, 2019, episode and we have your The Blacklist recap below. On tonight’s Blacklist Season 6 episode 4 called, “The Pawnbrokers”,  as per the NBC synopsis, “Red acclimates to his new surroundings in federal prison, where he is challenged by an old rival. Samar goes undercover to stop a black market organization that fronts cash to criminals. Meanwhile, Liz and Jennifer continue their investigation into Red’s past.”

Red is getting fingerprinted and checked into federal prison. Next, Red sits down for a meal with a fellow prison mate, Jones, who tells him that he knows he is in prison for treason and for 200 murders. Red says he doesn’t know whether to be horrified or flattered. The warden walks in and starts talking to someone, Red asks what his name is, Jones, says it is Quantum. All of a sudden, an old rival of Red’s comes up to him and says that maybe they can settle up, while he takes Jones’ lunch meat. Red tries to defend Jones and gets his face punched in for it.

Liz goes to prison to see Red and can’t believe the bruise on his face. Liz wants to talk to the warden and get him out of the general population but Red thinks it is a terrible idea. Red tells her it is time to go to work, he has a case for her, Rod & Delane Uhlman, longtime members of the Methodist church and owners of Quick Money Gun and Pawn, an unassuming shop that specializes in fronting massive amounts of cash to criminals in exchange for ill-gotten gains.

Ressler and Liz head to the storefront in Baltimore, MD. They stake out in front and take pictures of customers going in and out of the store. Ressler asks Liz if she is really worried about Red, she says yes, she has never seen him like this before.

Liz gets a call, its Jennifer, she got a message from her friend Buck and she thinks he might have the big break they were waiting for.

Liz lies to Ressler, tells him that she got a call from the warden regarding Red and she has to leave.

Jones comes into Red’s cell and tells him that Paul Deniro is going to kill him, he wants to finish what he started, he is telling everyone.

Ressler and Samar meet with a code breaker. Tom Hardicoff was one of the people going into the store and he has a government clearance with the NSA, and his hard drive is missing and he was working on an algorithm.

Tom is at a poker game, he puts up all the money he loaned from Rod & Delane Uhlman and loses the game.

Liz is home, in the end, there is nothing and Jennifer is upset.

Jones is back in Red’s cell, he got him a pen that he can use as a weapon. All Red can talk about is a string from a blanket and Jones is frustrated.

Hardicoff meets with Rod & Delane and tells them he wants his drive back, he pawned classified intel. Delane says he has 30 days to return the money with interest, or he won’t get the drive back. Delane pulls out a gun and shoots him, Rod gets fuel and burns Hardicoff in his car.

Back in prison, Red is watching a rat walk along a pipe in his room, he offers him some sandwich meat and makes friends with him.

Red is back having a meal and sits down with Deniro and tells him that he heard he is planning an ambush. Red tries to get him to call it off, but Deniro says the guards have been paid off and he will have 20 minutes with him. Red says that they are never going to see each other after tomorrow and when Deniro walks out of prison, he promises that within 24 hours of his release he will be lying on the floor with a blade in his belly begging to die. Red gets up and leaves.

Aram announces to the team that the Uhlmans have a buyer for the drive and suggests that they buy it first.

Samar goes undercover, she needs to stop the sale. She speaks to Delane and claims to work with Massad, there to pay her a lot of money if she is smart enough to take it.

In prison, Red attaches a note to his rat and sends him through the pipes. An exterminator is outside the prison, he catches the rat in a small cage and sees a note attached to him, it reads, call a certain and number and you will get $10,000.00.

Samar and Delane get in a car and during the drive, Delane tells her the story of their lives in the pawn shop. Aram has a tracker on Samar and he guides Ressler and Liz to where she is going.

Meanwhile, the exterminator did call the number and Dembe shows up with is $10,000.00. Dembe writes a note, attaches it to the rat and sends him back to Red saying, what can I do.

Samar and Delane arrive at their destination, Rod is there with the drive. Delane tells Samar, funds first and hands her a cell phone to do the wire transfer. The exchange is down, and Ressler, Liz, and other agents arrive. Gunfire breaks out when a black van shows up shooting. Delane is shot and the two guys in the van got the drive. It doesn’t take long for Ressler and Samar to catch up to the guys and recover the drive.

Rod is locked up and Ressler is wondering how he is going to tell him that his wife just died.

In prison, Jones tells Red that he feels bad that all this started over his lunch meat. Red and Deniro standoff, Red tells everyone that he lied about the heist, he is in prison for a crime he didn’t commit because he is afraid of Anunzio Ross. The warden shouts over at Deniro, tells him that his lawyer is there, something about him getting out and Red smiles.

Deniro is out and in a short while, he is dead. Dembe gets a call, the person tells him that Red is square with Ross.

Jennifer tells Liz that they got a big break.

In prison, life has changed for Red and Jones. The rat drags through two small bottles of champagne, they toast.