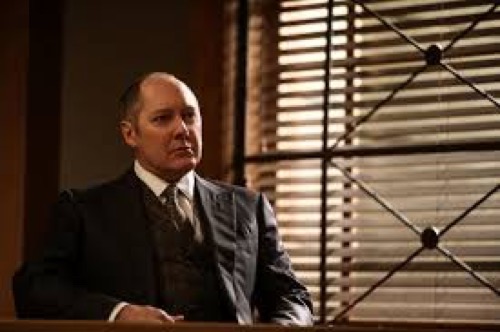 Tonight on NBC their hit drama The Blacklist starring James Spader airs with an all-new Friday, March 8, 2019, episode and we have your The Blacklist recap below. On tonight’s Blacklist Season 6 episode 9 called, “The Cryptobanker”,  as per the NBC synopsis, “The Task Force delves into the unregulated world of cryptocurrency in order to stop an impending attack, while Red (James Spader) undertakes a risky endeavor in order to secure his freedom.”

Liz meets with the task force and updates them on the crypto banker. A drug cartel spent 70 million dollars on airplanes, a sex trafficker drops 40 million on ships to smuggle victims across the Mediterranean, how do the people brokering these deals keep these hidden, they take payment in bitcoins. And where do these people go to launder their bitcoins, to a man named the crypto banker. Red knows the crypto banker is in town, they reached out to the bureau’s cryptocurrency initiative and one name came up, a hacker named the rat.

The rats latest target is the leading manufacturer of pacemakers, called Pearson Diagnostics. Ressler and Samar go to see Matt, they tell him that they know he has been liquidating assets, and purchased a large amount of bitcoin, they know he is being leveraged. Matt tells them that Jamie was born prematurely with a heart arrhythmia, she was so tiny at the time, he made this company to save her life. He goes on to that the man who called him has control of her pacemaker and hacked it, says he will kill her if he doesn’t pay.

In court, the judge tells the jury that a high profile case is never easy. She gives the floor to the defense who makes his opening statement and right away reveals to the jurors that Red had an immunity agreement. The judge tells the jury to leave the courtroom and then tells Mr. Cema, the government’s attorney, that she is upset about what he revealed. Red is really upset, but the judge says that as much as she doesn’t like it, there is nothing she can do.

Matt arrives home and has Aram hidden in his trunk. He goes in the parking garage and Aram comes out, goes in the house with him. Aram is building a cage in Jamie’s room to protect her pacemaker.

Red tells his cellmates that there has been a change in plans, he is moving up his impending jail breakout date, to the following day at 4 pm.

Back in court, Red asks for a word with the judge before the jury comes back out. Red wants to petition the court not to let Mr. Cema put the task force on trial. The judge says she can’t stop him, Red says then he will. Red is going to plead guilty on all accounts, but only if Mr. Cema tells the jury that he was mistaken about the existence of an immunity agreement. The judge accepts Red’s plea.

Matt disconnects his daughter’s pacemaker so the rat cannot access it, in retaliation, the rat tells Matt he has control of all his computers and all two hundred thousand pacemakers in it. He has selected one thousand patients randomly and will give them a lethal shock in 24 hours and he is increasing his price, six million dollars in bitcoin.

Liz tells the task force that Red pleaded guilty. In court, the judge tells the jury that the defendant has pleaded guilty so the trial will not take place, instead, they are moving to the sentencing phase. To aid in their decision, each side is given the opportunity to have witness impact statements. Mr. Cema begins first.

Liz tells Cooper that the minute the fed threatened to take them down, Red plead guilty to protect them.

Samar and Ressler have a lead on who the rat is. The rat sees them entering a café where he is and he leaves quickly. The rat meets with the crypto banker and tells him that Matt disconected his daughter’s pacemaker, the banker doesn’t take any chances, he shoots the rat and takes the computer.

Liz goes to see Red and tells him that Cooper thinks he has a plan. Liz tells him that she wants to testify, he says fine, clear, short and to the point, and she does.

Matt goes to see Cooper, tells him that he paid the ransom but didn’t get the authentication code to save the lives of the thousand people the rat said he would kill.

Red gets a chance to have his final words in court.

Back in his cell, Red is called to the warden’s office where he drugs him with chloroform. With the help of his friends in prison, he disguises himself as the warden and heads out of the prison.

The Crypto Banker goes to his contact at a bank who cleans the money for him, once he turns on the computer, Aram is able to track where he is.

Red is almost free, Dembe is overhead in a helicopter when they apprehend Red.

Samar, Ressler, and Amar catch the Crypto Banker just in time, he reaches for his gun and Amar shoots him in the arm. Aram turns on the computer, he contacts Matt and gives him the authentication code just in time.

In court, the jury recommends the dealth penalty.