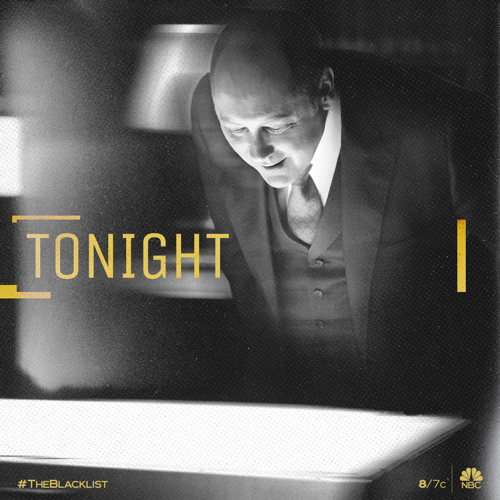 Tonight on NBC their hit drama The Blacklist starring James Spader airs with an all-new Friday, March 29, 2019, episode and we have your The Blacklist recap below. On tonight’s Blacklist Season 6 episode 13 called, “Robert Vesco”,  as per the NBC synopsis, “Red and the Task Force hunt for legendary fugitive Robert Vesco, one of history’s most notorious conmen. Meanwhile, Samar makes a life-changing decision.”

Red is having a party and speaks to Dembe who is in Cuba exhuming a body. Red tells him he wants the body brought back to the US.

Samar had an MRI to try to find out why she is experiencing headaches, forgetfulness, and confusion; apparently, she has been having mini-strokes. She doesn’t feel them, but they are happening. Amar says it is good she resigned, but she says it does not just work it is family too, she can’t have children. Aram tells her to stick to one life decision at a time, first, she has to get better. Samar begs Aram not to tell anyone about her condition.

Red is with Liz and Dembe, he is talking about Robert Vesco, he took him under his wing, he taught him how to be a fugitive and he trusted him with his life. He convinced Red to invest in a cattle ranch, or so he thought, he found out it was a whore house. He was conned by Vesco then he up and died on Red. When Red was in prison, he heard a rumor, Vesco faked his death to avoid capture. Red had Dembe dig up his grave and then had Liz do a DNA test. Cooper said there was a time when the bureau was actively looking for Vesco, but not anymore. Red thinks that Vesco found some treasure because he promised Red that if he did, he would disappear forever. Vesco was Red’s mentor. Samar announces that she is leaving. Cooper says that he will miss her.

Vesco was not the one buried in his grave, is was Anderson Mount, a run of the mill goon and it says in his file that he was in Truro, Nova Scotia.

Samar heads to the Mossad Safe House in Arlington, VA. They want to administer a polygraph, she asks if it is necessary, its protocol. She says, let me guess, Tel Aviv regrets having loaned her out to the FBI, they think he allegiance has shifted. She has level four clearance, they want to make sure she has kept what she knows from the Americans and Red.

In Truro, Nova Scotia, Liz and Ressler head to Mount’s home to see if Vesco assumed his identity and is living there.

Samar is under the test and she is asked if she has any serious medical issues, she says yes, she is pregnant.

Back in Nova Scotia, Liz doesn’t think what Red told her about Vesco adds up. Vesco is in the house and he sees the car watching him, he is tipped off. Before Liz and Ressler have a chance to get inside the apartment, he is gone with money and a gun. They set off in a chase, a police car pulls up and Vesco gets inside, Red is there and tells him that he looks awfully good for a dead man, then asks where his money is.

Red and Vesco are on a plane. Red says he trusted him, he was his mentor. Vesco says he was mentoring him in survival. Red wants his money and tells Vesco that he knows he found the Delacruz, the treasure. Vesco says he knows where it is, but enemies are circling.

Vesco says that living a simple life was the best thing he ever did. Vesco tells Red that the gold is buried under the old opera house in New Orleans. Furthermore, there is a clue trail in the library of congress in Washington. Red says that if Vesco is lying, he will burn down his house, drowning his cat and cut off his toes. Vesco says Red won’t drown the cat, he agrees, but he assures him that he will take his toes.

Meanwhile, at the bureau, Liz tells Cooper about the treasure and that Red took Vesco, Cooper tells the team to get to the treasure first and then maybe they can get Vesco.

Red and Vesco are in the library, they try to find clues to find the treasure, and both are convinced that it was buried under that opera house.

Liz and Ressler show up at the library, but they arrive after Red.

Red, Vesco, and Dembo have a map of the opera house, trying to figure out how they are going to get the gold. Vesco tells Red this is a heist that takes a lot of time to plan. Red tells Vesco he is going to explain to him exactly how this is going to play out. They are both going to the opera house the next evening, and they are not leaving until they have that treasure, so he better start studying that map. Red will take care of everything else, his only real concern is Vesco’s attitude. Red says he needs to bring back the old Vesco, he gets his shaved and in a new suit.

Samar is packing up her things, Aram is there and can’t believe it is really happening, he leaves the office to get coffee.

Levi bumps into Aram when he is getting the coffee, tells him that Samar failed her polygraph, Aram has no idea what he is talking about. Aram tells Levi that there was an accident, her brain was deprived of oxygen, this is very private, it is called vascular dementia. Levi says thank you and then congratulates Aram, says Samar told him the good news and wondered if it is a girl or a boy.

Red and Vesco are at the opera house, they disguise as workers and Red has his people through the whole building. Glen has arrived and he brought tools. Red tells him they are running behind and need a distraction. Glen goes on stage and shouts that there is a grease fire in the kitchen, tells everyone to get out. Red’s explosion goes off, breaks a hole in the wall and the gold is there.

Liz arrives at the opera house and sees Glen, asks where Red is and he says she just missed him.

Vesco and Red are with the gold, they hug each other and let go of the past.

Samar tells Aram that she just got off the phone with Levi and she has been honorably discharged, she says she is surprised because she lied. Aram tells her it is fine, they can now talk about how she is pregnant. Samar tells him that she is not pregnant, that is the lie that she told Levi so she didn’t have to tell him about her accident. She goes on to say that she never wanted children, but he changed everything and she would like nothing more than to be pregnant, but she can now never raise a child ever. Samar gives him back his ring and tells him that he deserves more.

Red and Liz arrive at where Red is, Vesco is gone but he has the gold. They open the garage door and the gold is gone, Vesco took it. Liz takes a photo of Red and Dembe and says smile suckers.

Aram meets Samar at a restaurant, he tells her that she is wrong about him. Aram refuses to let her go and gives her back the ring. He makes her promise that she will do everything she can to get better.