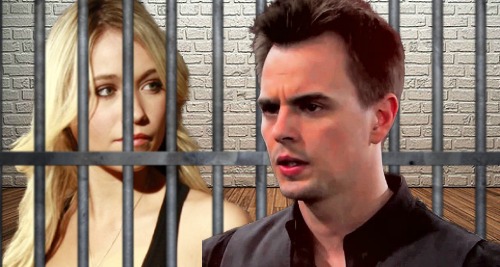 The Bold and the Beautiful spoilers tease that Wyatt Spencer (Darin Brooks) will find himself with mixed feelings. As B&B viewers know, he found out that his girlfriend Florence “Flo” Fulton (Katrina Bowden) was a major player in the baby swap and adoption scam that ultimately kept Beth Spencer (River Davidson and Madeline Valdez) away from her parents for months.

The revelation that Flo willingly participated in Reese Buckingham’s (Wayne Brady) illegal adoption of a stolen baby totally threw Wyatt for a loop. He couldn’t believe that Flo would do something so terrible and hurtful to other people. It’s not like Flo didn’t know what she was doing; she found out about Reese’s baby switch early on, and she still went along with his plan.

Well, when Wyatt learned about what Flo did, he immediately broke off their relationship. He just couldn’t take the fact that Flo did the things she did, knowing that her actions were seriously hurting Hope Logan (Annika Noelle) and Liam Spencer (Scott Clifton). But he was also deeply disturbed that Flo didn’t feel that she could come to him – supposedly the love of her life – and confide in him about what was going on.

Flo Fulton Will Find Herself In A World Of Trouble

According to B&B spoilers, Wyatt will soon find himself feeling conflicted about his feelings toward Flo. But what’s going to have him feeling conflicted? Well, Flo’s going to be finding herself in a world of trouble soon, as Ridge Forrester (Thorsten Kaye) and Brooke Forrester (Katherine Kelly Lang) are going to do everything in their power to make sure that she pays the price for her crimes.

Not only will Flo be arrested and in legal trouble, but she’ll be shunned by nearly everyone in her life. She’ll have her mother Shauna Fulton (Denise Richards) on her side, and according to B&B spoilers, Quinn Forrester (Rena Sofer) will eventually find herself sympathizing with Flo’s plight. Apparently, Quinn will be able to identify with Flo, given some of the things that Quinn’s done in the past!

Well, once Quinn starts aligning with Flo and Shauna, she’ll probably start lobbying hard for Wyatt to at least consider Flo’s plight. As B&B viewers know, Quinn has always wanted Wyatt and Flo to be together, and she’ll probably push Wyatt to really think about whether he wants to eliminate Flo from his life.

Will Wyatt Choose Sally Spectra Or Flo Fulton In The End?

Of course, since Wyatt values honesty in a relationship and can’t stand secrets, it’s going to be pretty hard for Quinn to convince Wyatt to give Flo another chance. But it looks like she’s going to give it a good try, and we all know that Quinn can be pretty persuasive.

Perhaps the reason Wyatt will be conflicted about his feelings for Flo will have to do with Quinn’s pressure. Quinn may remind Wyatt about who Flo used to be before she got caught up in Reese’s devious plot. Quinn will probably blame Reese for using Flo, and this might cause Wyatt to think about whether he might want to give Flo the benefit of the doubt.

Yet, Wyatt recently made amends to Sally Spectra (Courtney Hope), and there’s the very real possibility that he could decide to get back together with her…if she’ll take him back. It seems that Wyatt may have both Sally and Flo on his mind going forward, which could be pretty confusing for him.

What do you think will happen with Wyatt’s love life going forward? Will he ever consider going back to Flo? Stay tuned to the CBS soap and don’t forget to check CDL often for the latest Bold and the Beautiful spoilers, updates, and news.