BY hellodrdavis on June 1, 2019 | Comments: 2 comments
Related : Soap Opera, Spoiler, Television, The Bold and the Beautiful 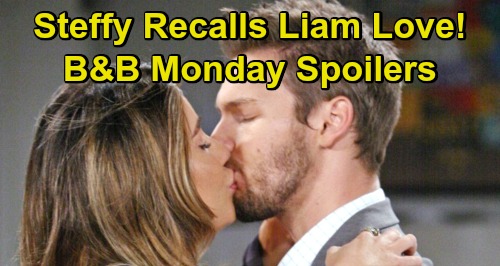 The Bold and the Beautiful spoilers for Monday, June 3, tease that Xander Avant (Adain Bradley) will reel from the tale he’s just heard from Zoe Buckingham (Kiara Barnes). As B&B viewers know, Zoe has just told Xander all about what her father did on Catalina Island on the night of Beth Spencer’s birth. Xander learned that Beth actually survived, and that Reese Buckingham (Wayne Brady) led Hope Spencer (Annika Noelle) and Liam Spencer (Scott Clifton) to believe that Beth died.

Xander was further shocked to learn that Reese had Beth adopted to Steffy Forrester (Jacqueline MacInnes Wood), and that Phoebe Forrester (River Davidson and Madeline Valdez) is, in fact, Beth. B&B viewers can expect the anger and frustration to continue to grow within Xander, as he realizes the full extent of the secrets that Zoe has been keeping for months now.

According to B&B spoilers, this could very well be the beginning of the end for Zoe and Xander’s relationship, as Xander tries to process how Zoe could possibly keep this information from him and from Hope, Liam, and Steffy. Look for Xander to be furious with Zoe and to demand that Hope and Liam be told immediately that their daughter is alive.

Despite Xander’s insistence that Zoe come clean to all involved parties immediately, that’s not going to happen. Exactly how Zoe convinces Xander not to run right to Hope and disclose the truth remains to be seen, but it seems that she’ll be able to do so, since ongoing B&B spoilers indicate that Hope, Liam, and Steffy will be kept in the dark for a considerable time longer.

Meanwhile, on the new episode of B&B on Monday, June 3, Steffy and Thomas Forrester (Matthew Atkinson) will continue their discussion at the cliff house. Thomas will use his powers of manipulation on his sister, as he tactfully nudges Steffy to remember back to all the happy times and meaningful moments with Liam.

Of course, Thomas has an ultimate goal in mind, and that’s to get Liam and Steffy back together as a family with Phoebe and Kelly Spencer (Chloe Teperman and Zoe Pennington), so that Hope feels like she can move on in a romantic relationship with him. Thus far, Hope has been reluctant to offer him any hope of a future with her, but Thomas honestly believes that if he neutralizes Liam by getting him back together with Steffy, then Hope will be his.

At any rate, B&B viewers should see some Liam and Steffy flashbacks as the episode progresses, as Steffy thinks back on what she and Liam had and considers what her future could be.