BY hellodrdavis on November 8, 2019 | Comments: 2 comments
Related : Soap Opera, Spoiler, Television, The Bold and the Beautiful 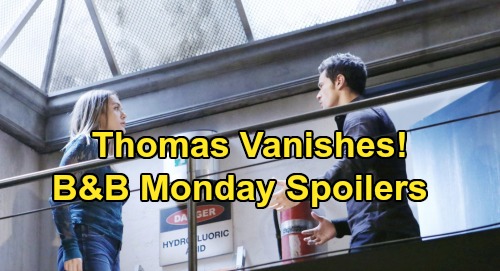 The Bold and the Beautiful spoilers for Monday, November 11, tease that Hope Logan (Annika Noelle) will have a bad feeling. As B&B viewers know, she and Thomas Forrester (Mathew Atkinson) were arguing in the industrial area at Forrester Creations when Thomas leaned in for a kiss. Hope took the opportunity to shove Thomas aside and as she ran off, he fell into a vat of steaming liquid.

Of course, B&B viewers have been led to believe that the steaming liquid was hydrochloric acid that Jack Maclaine (Todd McKee) was using to clean the industrial washing machine elements. However, after Thomas fell into the vat, he was shown floating to the top of the vat in the liquid, so it seems that he might have fallen into some steaming water. After all, hydrochloric acid would have pretty well decimated his body instantly.

At any rate, TPTB seemed to leave the situation as an open mystery as to whether Thomas will survive, and ongoing B&B spoilers for next week indicate that Thomas will be missing for a period of time, with Steffy Forrester (Jacqueline MacInnes Wood) wondering where he is. However, there seem to be no plans for Matthew Atkinson, who portrays Thomas, to leave the show, so the whole acid scenario seems to be a big fake-out for viewers. 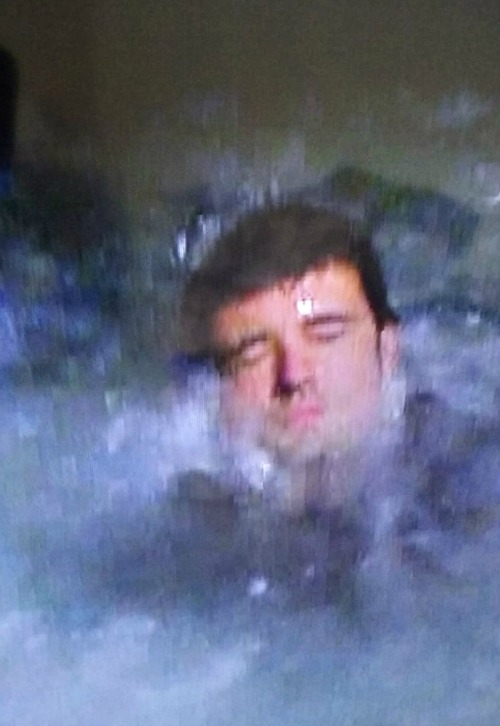 B&B spoilers indicate that Hope will fear the worst when she can’t find Thomas, so she might head back to the industrial area where she last encountered him – and where she shoved him in the direction of the vat of acid or whatever it was. Will Hope fear that Thomas might have wound up seriously hurt or killed? And if so, will she tell anyone about it?

Meanwhile, on the new episode of B&B on Monday, November 11, Ridge Forrester (Thorsten Kaye) and Brooke Forrester (Katherine Kelly Lang) will be at a total impasse. They’ve pretty much talked their way around the issue of Thomas and his fitness to be a parent, and they’re simply not persuading each other of anything at this point.

For Ridge, he feels that Thomas is trying to work through his issues and make up for past mistakes. But Brooke won’t budge in her belief that Thomas is an unfit parent and that Hope becoming Douglas’ legal guardian is the only way that Douglas is going to be ok. Ridge just doesn’t understand Brooke’s lack of compassion and forgiveness, and he doesn’t know what to do.

It appears that the two will just have to agree to disagree at this point, but unfortunately that has some serious implications for their marriage. There’s no way that they’ll be able to live under the same roof going forward – at least not as long as Brooke and Hope are going after custody of his grandson. It will seem pretty hopeless for their marriage.

At any rate, it seems that the more time goes by, the worse things get for Ridge and Brooke’s marriage. They’re at a stalemate now, where they don’t seem to want to fight anymore, but getting along isn’t really an option either. Ongoing B&B spoilers indicate that the impasse will soon reach a full-scale war when Ridge finds out about Hope’s manipulation of Thomas and her adoption of Douglas, so more trouble is brewing.