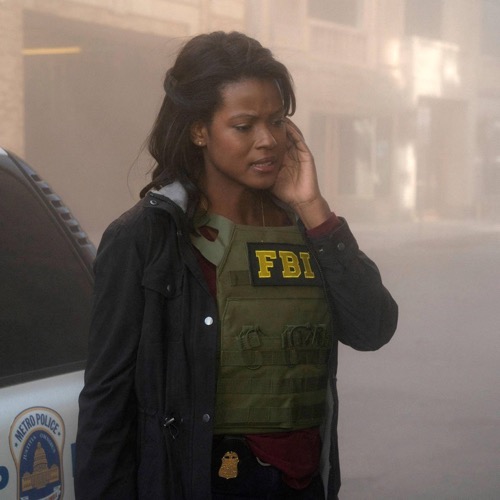 Tonight on NBC their new spy-hunting thriller, The Enemy Within premieres with an all-new Monday, April 8, 2019, episode and we have your Enemy Within recap below. On tonight’s The Enemy Within season 1 episode 7 called, “Decoded,” as per the NBC synopsis, “When the FBI intercepts stolen NSA software intended for Tal, Keaton uses the technology as an opportunity to go on the offensive and sends Shepherd undercover. Keaton must choose between catching Tal or saving the life of an innocent teenager.”

So make sure to tune in between 10 PM and 11 PM ET for our Enemy Within recap! While you wait for our recap make sure to check out all our television spoilers, news, recaps, videos & more, right here!

Tonight’s Enemy Within recap begins now – Refresh Page often to get the most current updates!

The Enemy Within begins at the National Security Agency in Hanover, Maryland. Jane Eaton, NSA Agent takes a phone call, telling her that it happens today or her secret will be revealed; she quickly agrees to do it. She scans her eye and enters a top-level security section and switches out thumb drives before approaching security. They stop her, checking her old-school calculator and clear her to leave.

Will Keaton (Morris Chestnut) tells Kate Ryan (Kelly Garner) and Erica Shepherd (Jennifer Carpenter) about Jane Eaton stealing highly classified, cloaking technology that will prevent any bank or government to see banking transactions. They have also been able to confirm that Jane has been in contact with Mikhail Vassily Tal. Keaton explains that when Jane was leaving the campus, she was distracted by a hovering helicopter and crashes to avoid hitting a deer. Keaton is now in possession of the software and the NSA is not to know about it; planning to turn the tables on Tal by placing some tracking software onto the USB in order to find him.

Keaton explains they need Erica to find who, where and when Tal was set to meet the NSA tech. Erica has seen something like this before and begins working on it immediately. After several failed attempts, Erica is able to point the location and time. She explains to Daniel Zain (Raza Jaffrey) how most of the lettering is garbage, but what is inside of it is the message. Keaton doesn’t have the time to train and trust anyone else so he is going to use Erica Shepherd as an agent. He begs her to not make him regret this. Jason Bragg (Noah Mills) and Jacqueline Pettigrew (Cassandra Freeman) both feel having Shepherd on the team is a bad idea.

Emory Park Falls, Maryland
Erica puts on her makeup to make herself look the most like the NSA Agent as Keaton reminds her not to engage and this is the shortest leash anyone has ever been on with anything out of line, the orders are “shoot to kill.” Keaton makes the call, feeling the kid is their guy and orders Erica to make the pass. Erica stops him to make sure he is a cutout, which he proves he is; as Erica returns to the group she steals some wiring from the fence.

Reviewing Braden Decker (Stephen Friedrich), he seems to be telling the truth that this was a task-driven job; Erica doesn’t think they should believe anyone. They learn that Decker is downloading the software on an anonymous computer when Kate says they got a hit, and Tal is talking; it’s like the game Battleship, the more he responds the easier it will be to pin his location. The transaction was running through an ISP in Newark; shocking Daniel who realizes Tal is in the country as Erica says he wouldn’t risk coming there unless it was for something significant. You can see Tal riding in a car past the White House.

Keaton is at his desk when he sees a pamphlet for grieving. Three Years Ago: Will Keaton walked upstairs to the grief group. He meets Anne who explains how hard it was for her to come for the first time; four years prior. She invites him in, explaining he hurt his hand at his job. She asks him why he is there and he reveals his fiance died about 3 weeks ago. Anne thinks it is too soon for him to talk about his loss in front of a group of strangers, but he should stay and listen; as that could be enough. She didn’t speak for 4 months and now she runs the group; Will reluctantly sits beside her as the group begins. At the office, Will closes his drawer again with a deep sigh.

Kate notices that Tal made another transaction and everyone leaves the desk, giving Erica the opportunity to open one of their drawers and steal a cellphone. Kate comes back as Erica claims she was only watching the screen; Kate says there is nothing else to say.

Tal meets with an operative, saying he came to see him personally. Tal is reassured that everything is going according to plans. Tal scoffs at his assurances, telling him to make sure the FBI will be taken care of as they need to put an operative in position.

Keaton opens his desk drawer and looks at a photo of his fiance when Daniel says they have a problem. Kate reveals to the team that there is a wire transfer happening with a KO (kill order) attached to it. There is no name nor location but Erica is able to tell them the numbers are the last 4 digits to the target’s social security number. Kate begins a trace but Erica says there is no point as that is Braden Decker. Keaton frustrated as he reveals Tal is going to take him out.

Inside the FBI building, Erica says that Decker played his role and now Tal wants to end him. Keaton wants to bring in Decker but Erica says if they do that, they risk Tal discovering what is going on. She doesn’t want Decker to die but she prefers to capture Tal; the entire team is against her. She reminds them that in Intelligence the best choice is distasteful, but that doesn’t make it wrong. They are so close to ending Tal and begs for them to make a choice for the greater good, one life to save countless more. Keaton isn’t going to allow this to happen so Erica throws what happened with Anna Cruz in his face and how his lack of judgment will cost them and fall all on his shoulders.

In private, Keaton reminds her that in the same position she saved Hannah over everyone else’s. He understands that she can see the whole chessboard, but it doesn’t give her the right to play God. She says he is the one who controls everything; something he earned the right to do with his decisions and she lost because of her choices. She wants to know what Keaton intends to do?

Keaton splits the team, saying they are going to play this both ways. He doesn’t want them to contact Decker at all as it will be within a few hours before Tal arrives. Pettigrew reveals she followed Decker to the race track and once again Erica feels this is a horrible idea because Tal will vanish once he knows they are on to him. Keaton leaves Kate and Erica back at the computer as everyone else goes to their position.

Keaton and Daniel race with sirens and lights towards the racetrack, waiting on Kate to give them Tal’s coordinates. Pettigrew and Bragg instruct the military they have with them, saying their objective is to save the kid. A man named Oscar Bishop (Lance Daniels) sit beside Braden;he wants to know if Oscar can hack into it but he quickly hands if back to him, saying it is NSA material and many people would be interested in what he has. He didn’t tell him that over the phone but offers him $200,000 for it. Braden wants to return it to the FBI as Oscar tells him to either seel it or walk away; when Braden says he can’t do either Oscar walks away.

Daniel and Keaton chase down the location Kate gave them as Braden bolts from his seat; with Bragg and Pettigrew following. Bragg holds off for as long as he can until he realizes they have been made. He gets into a fight with one of the operatives, disarming him and knocking him unconscious. He calls for people to take him into custody. Pettigrew still has eyes on Braden, when he throws something into the garbage. A gun is raised and Pettigrew is shot protecting Braden.

Keaton and Daniel arrive at the location Kate gave them, rushing into the building with guns raised, but all they find it an empty desk and a burning waste basket. Keaton informs Daniel they missed him and Tal is gone!

Kate brings Braden a coffee, trying to reassure him everything is okay as he didn’t cause this, he simply got involved with the wrong people. Pettigrew is in the hospital but she is tough. Jason Bragg won’t leave Jacqueline’s side. He says she is knocked out on the good stuff right now, admitting he has grown to care about her. Keaton suggests he tell her that when she wakes up.

Keaton tells Jackie she gave them quite a scare, but it wasn’t all a loss as they caught one of Tal’s assassins and Daniel will get him to talk. The stolen money that Tal transferred has given them a ton new leads, so she needs to recover quickly as they have lots of work. He admits he hates hospitals, especially since his fiance died and how the pain eventually went away, but other days his head feels different/not right.

Daniel reveals to Keaton that a CIA was just there to move Tal’s operative out of holding; through the back side. The authorization came from the White House but Keaton is suspicious of the CIA agent that just left. He stands outside calling Tal, saying it is done and they won’t have any more problems with the FBI.

Will Keaton returns to his office where he looks at a photo of his fiance and calmly puts it back in his drawer. He arrives at the grief meeting, welcoming a first timer, named Beth; as he leads the group and Beth sits beside him. He is able to talk about his loss extensively.

Keaton comes to see Erica in her cell, she is furious that he had Tal in his hands and let him slip away. She wants to know how much more blood will spill with Tal being out there. She mocks him about being worried about getting blood under his fingernails but he is going to be swimming in it. She advises him that if he wants to catch Tal, he is going to have to pay a very high price; unlike her who is willing to do anything to capture Tal. He is angry, saying she has no idea what he has sacrificed and he doesn’t need a murderer to catch one!

Erica sits on her bed, retrieves the phone she stole and makes a call, saying she needs a favor and needs to speak with Tal.