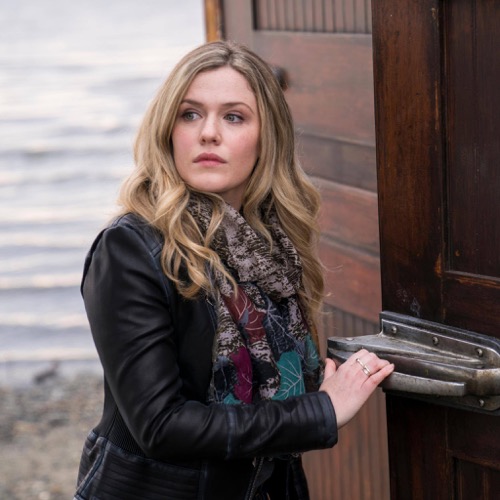 Tonight on NBC their new series The Inbetween debuts with an all-new Wednesday, June 2, 2019, episode and we have your The Inbetween recap below. On tonight’s The Inbetween season 1 episode 2 called, “Made of Stone,” as per the NBC’s synopsis “Tom and Damien enlist Cassie’s help when a mother and her young son mysteriously vanish.

When suspicion turns to the woman’s husband, Cassie’s visions reveal a darker, more vengeful plot. Ed Roven returns with an offer for Cassie.”

Tonight’s The Inbetween Recap begins now – Refresh Page often to get the most current updates!

The ghost of Ed Roven came back to haunt Cassie. Cassie was woken up one night by that creepy song “Peter Rabbit” and she followed it until she saw Ed. Ed seemed to know her and she didn’t know him. Only it didn’t matter to Ed. He quickly explained how he helped her father and now he wants something from her. He thought he could get Cassie to return the favor and he had been surprised when Cassie said didn’t care why he was there. She didn’t! She told him she wanted nothing to do with him and so she put up a mental block. It was like locking a door for her and she thought that she was keeping out all the spirits but then she ran into a different ghost on her way to work the next morning. It was a woman and it was clear that she had been badly beaten up. She was also holding a baby that she was dripping blood on and she begged Cassie to stop him. Whoever this “him” was had probably killed the woman and so Cassie couldn’t turn her away.

Cassie called her dad to tell him about it, but the woman she was describing looked nothing like the woman he was currently looking for. Detective Tom Hackett was searching for Karen Sinclair and she disappeared with her thirteen-year-old son Jason. Jason’s school called his father when he failed to show up and it had been the father that reported them missing. Elliott Sinclair claimed that his family was happy. He said he was about to celebrate his anniversary with his wife and that she wouldn’t leave. His statements didn’t stop the police from questioning him because they knew that nine times out of ten that it’s the husband that killed his family. They therefore began digging through the family’s lives.

There were several surveillance cameras that picked up Karen heading to school and then she bypassed it. She kept driving and so the detectives questioned if she had bee taking her son somewhere else first, but then that doesn’t explain why she didn’t call the school. Even if she was planning on going on the run with her son then she would have called the school so that they didn’t sound the alarm. So odds are she wasn’t in that car alone. Cassie came by the station because she had wanted to talk about Ed and at first she didn’t want to disrupt her dad at work. Then she received a vision about being run over by first a white stallion and then a minivan. She didn’t know what that meant ad so she mentioned it to her dad without bringing the other thing. Cassie also said that the husband had been driving.

Tom and Damien tried talking to Elliott Sinclair again and they couldn’t find him when they went looking. He had apparently left behind his coat and his cell phone when he fled the police station. Tom handed over the cell phone because he wanted to see what secrets it held and he and Damien were stopped from pursuing Elliott when drones picked up Karen’s car. Her car was abandoned on the highway and Karen herself was found nearby in the woods. She had been run over and so Cassie had been right about her. Cassie also had another vision. She saw herself tied to bed and slowly being bled out alive on camera. She believed that it was probably happening to Jason and so she called her dad to tell him that Jason might not have long left. Tom asked his team to identify anyone that could have been purchasing medical equipment in recent months.

He wanted to see if he could find out where their suspect bought his tools, but he came across information that at least cleared Elliott Sinclair of his family’s injuries. Elliott’s cell phone revealed that someone texted him with a one-time use link and threatened his son’s life if he didn’t abandon everything to follow this man’s directions. The kidnapper had said that it was a punishment for what Elliott did and so the detectives tried to see what could the mild-mannered man have done that was worth torturing a child. The detectives couldn’t find anything on their own and so they got lucky. The neighbors had picked up grainy image of someone breaking into the Sinclairs’ garage. They released this image to the media in hope someone would recognize the man and a cab driver did.

The cab driver remember picking up a guy that matches the description outside of a hotel and dropping him off near the Sinclairs’ home. Now, they searched the cab for fingerprints and they got back the name John McPherson. McPherson reportedly went off the deep end when his girlfriend and son were run over by a driver that fled the scene. The driver had been driving a white mustang like the horse and that’s how McPherson found Elliott Sinclair. He hasn’t driven since 2015 which was around the same time that Christie Marcus was killed with her son. She died instantly though her son bled out and so that’s what McPherson is doing. He’s recreating what happened to him because he wanted to punish Elliott for taking his family from him. And so it wasn’t hard to find McPherson’s current location.

He had all the medical supplies shipped to his place and that’s where they found him as well as Elliott. Elliott was being forced to watch various footage of his wife being run over and his son being bled out, but Karen was being treated at the hospital and the boy wasn’t dead yet. He was still alive and Tom and Damien needed to get his location. They tried guilting McPherson and even had Elliott confess to his crimes. But it didn’t matter to McPherson. He didn’t want to just Elliott, he wanted revenge. He didn’t want Elliott’s son to ever grow up or graduate or go on his first date. He wanted the boy dead so that Elliott could truly knows how he feels. The detectives knew they couldn’t break him and so Damien had an idea. He believed they should trigger another of Cassie’s visions and he told Tom, after Tom tried to warn him off, that it was up to Cassie to decide what she could or couldn’t deal with.

They went to the bar when it was empty and they handed over cell phone image of Jason’s torture. They left the choice up to Cassie and she decided to watch it, but before she could she saw Ed again. He warned her that if she truly wanted to save Jason then she couldn’t shy away like she does with everything else and so Cassie actually took his advice. She let down her walls and she saw everything. She saw McPherson taking her out of the car and putting her in a storage locker. Cassie gave the information to her dad and Tom had cops all over the city looking into storage lockers. There was about ninety-nine of them and so it wasn’t until they found a locker rented by someone matching McPherson’s description that they found Jason.

Jason didn’t have a heartbeat when they found him and the medic had to start it up again, but they did and so Jason was recovering with his mother at the hospital.

It had come as a nasty shock to McPherson who didn’t think it was fair that Elliott’s family got to live and so it was a good thing McPherson is behind bars.

The detectives thanked Cassie for what she did and Cassie got to speak to Damien alone about Sally. She saw her in a vision and Damien looked really happy with her, but Damien said that Sally’s condition had worsen over time and that she fell into a coma. She wasn’t dead. It’s just she wasn’t really alive either. Cassie understood because she remembered her grandma losing the ability to speak from dementia and Cassie was still able to talk to her. She also offered to sit by Sally’s bedside to see if she could talk to Sally and Damien took her up on the offer. He didn’t want Tom to know about Sally because he didn’t want the other man to know why he really came to Seattle though he was grateful to finally speak about it with someone. Cassie agreed to help and it wasn’t until later that she ran into Ed again.

Ed gets off on hurting women and by telling Cassie to go in headfirst with her visions he knew that it would hurt her. Cassie knew it too and so she tried getting rid of him, but he said that there were things they needed to do first.

Ed left Cassie fearing what could happen next and he probably got a thrill from that as well.