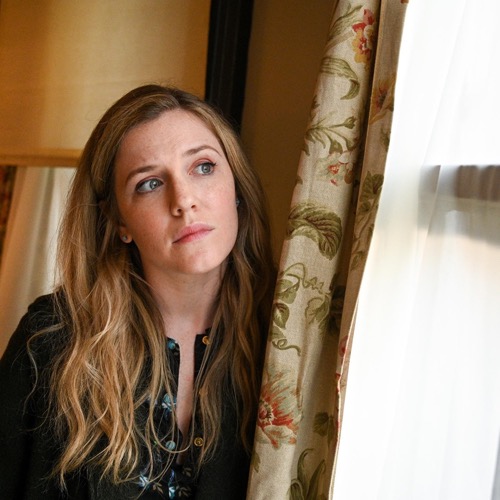 Tonight on NBC presents The InBetween which airs an all-new on Wednesday, July 10, 2019, episode and we have your The InBetween recap below. On tonight’s The InBetween season 1 episode 5 called, “Another Broken Morning,” as per the NBC’s synopsis “Cassie is drawn to a young mother who needs her help and encounters young Abigail once again. Tom and Damien investigate a complicated murder that has international ramifications.”

Cassie woke up to the sound of a crying baby. She never saw the baby and so she wouldn’t be able to identify him or her. All she knows is that there’s a baby out there crying. Cassie didn’t know what to do about it and that’s why she initially chose to ignore it. She thought it would go away on its own. Only it didn’t and the sound soon caused her to have a migraine. It was so bad that Cassie took time off work. She couldn’t function with the baby’s ongoing cries and it wasn’t helping when she received another vision. This time she saw a horned monster. The monster was coming out of a leafless tree and the tree itself had been bleeding. Cassie didn’t know what any of it meant and so she called her dad.

Tom was working a case at the time and none of what Cassie told him seemed to be connected to his own case. It was because he didn’t see any connection that Tom later told Damien they would have to bench the vision. They believed they were needed in the drive-by shooting involving Mia Fuentes who was running for City Council and her campaign team. Her campaign manager Edwin Bernal was killed at the scene. As for Fuentes, she was rushed to the hospital and her condition is still touch and go. There was nothing the detectives could do about Cassie’s vision and so they tried to find out who murdered Bernal. They talked to witnesses who saw a man on the motorcycle open fire.

They followed up their interviews there with Fuentes’s husband and that’s when they learned Edwin had been in a fight recently. He was seen arguing with Olly Navarro and Olly was a part of the campaign team as well. Or at least he was before he got into a fight with Edwin. Edwin told everyone that the fight was nothing important and yet no one saw Olly again. Olly drives a motorcycle and he must have known the campaign’s route. They left through the backdoor which shouldn’t have been known to some random killer and so that again put Olly in the mix. Tom and Damien tried to find Ollie and they couldn’t. They thought maybe they could get something off the bike.

The bike appeared to be a label with some gang numbers. The gang was known as VB16 and it mostly enlisted Asians like Olly. If Olly went to them to hide then there was no telling where he could end up. Tom and Olly still went to the usual spots for VB16 and one place had a sign of a tree without leaves. Both men realized that the building must hold some importance and so they searched it for any sign of Olly. They first found the blood and later they found Olly’s body in a barrel. He was most likely killed by VB16. The detectives were trying to figure out if it was before or after the shooting while Cassie was finally doing something about the baby’s cries. She took time off work and as she got in the car she was slowly directed to the baby.

The baby’s name is Crystal. She was found on the floor alongside her mother who was bleeding and so Cassie called “911”. It was only after she made the call that Abigail showed herself. Abigail told Cassie that she wasn’t wasting her time there because the woman on the floor was her mother and her mother had gotten beaten up by her boyfriend. The boyfriend got mad when his breakfast wasn’t on his table in time. Abigail says that’s usually all the boyfriend needed to start in on Hannah and that Hannah wasn’t going to do anything about it. She’ll end up making excuses for the bad boyfriend like she always does. Abigail told Cassie all of this and then she told her that she didn’t want to help her mom.

Abigail was angry with her mother. She blames her mom for her death and she even blames her for what clothes she’s forced to wear. Abigail sends she hated the dress that her mom put her in. She also claims if her mother hadn’t had her cremated that maybe she wouldn’t be forced to wear the same clothes she was murdered in and so Cassie told her to cut it out. Cassie said the only reason Abigail is stuck is that she allows her anger to keep her stuck. Abigail wants to blame everyone for what happened to her and she calls her mom weak because the woman didn’t want to watch the cremation. Nevermind that watching her daughter burn would be traumatic enough, Abigail held no sympathy for Hannah and she wants her mother to suffer.

Cassie blamed herself for how angry Abigail has gotten. She took Abigail to the prison because she thought the little girl would find comfort in hurting the man that killed her and all it did was make her worse. Abigail wanted everyone to be as unhappy as she was. She thought if she hurt her mom then it would make her feel better and it never would. It wouldn’t change the fact that Abigail’s grandfather molested her or that he murdered her one night to stop her from talking. Her mother didn’t know what was going on or that Abigail needed someone to talk to and so Cassie went back to Hannah’s. She waited for the boyfriend to leave with the baby and, once he did, Cassie went to go speak to Hannah.

Hannah wasn’t sure of Cassie because Cassie might have seen too much that day or figured out her boyfriend hits her, but Cassie told her outright that she had been guided to the house by Abigail. Abigail was still around and she could hear her mother. Cassie made up the part of how Abigail wasn’t angry anymore and that she didn’t blame her mother. Except it was done for all the right reasons. Cassie talked to her dads about it and she was told that Hannah could be staying with her boyfriend as a way to punish herself for not helping her daughter. Cassie didn’t want Hannah to hold onto that pain. She told Hannah that she could talk to Abigail and that Abigail only wanted the best for her. And so that helped Hannah.

Hannah started talking to her daughter. She told Abigail about her sister Molly and how Molly killed herself when she was fifteen. Hannah didn’t realize until after Abigail died that her father could have been molesting Molly as well. Hannah admitted to her mistakes and how she should have seen the signs. She also blames herself for what happened to Molly. Molly wasn’t around anymore to hear Hannah’s apology and so Hannah made sure to apologize to Abigail. And it actually helped. Abigail realized she was angry with how short her life ended. She wanted the chance to grow up and she hates that she never will. Abigail decided to take Cassie’s advice and she slowly gave up her anger.

Abigail’s mom in the meantime decided to do something about domestic violence. She agreed to speak to Brian and Brian helped her figure out her options. Hannah was finally going to get the help she needed and it was when she thought she was safe that the boyfriend attacked her. Abigail saw it and so she went screaming to Cassie. Cassie was trying to help even as she was juggling visions. The visions of the horned monster was indeed a part of Tom’s case. Olly, as it turns out, was never in a gang because he had been messed up as a child and so his friend, who did belong to VB16, had given Olly the gang tags so that everyone would know he was protected. Olly himself wasn’t a violent man.

Therefore, it didn’t make sense why Olly had been tortured and killed. His friend Q said that Olly got a job on the campaign from Edwin because Edwin and Olly were from the same village. They were both from Takaban and so the detectives looked it up. There was a village once named Takaban and then it had been wiped out in 2001. The village fell under the sway of a man named Nimuel and he started up a doomsday cult after an eclipse as well as a sacred animal washing up on the shore had been enough signs to convince him the world was ending. Edwin’s family had left the Philippines before Nimuel took over and the man who threatened, torture, and kill anyone that didn’t believe in his vision.

Nimuel had hired mercenaries to keep his people in line and it worked until he heard a rumor that the mainland was going to intervene. That’s when he ordered the mercenaries to kill everyone though somehow Olly survived. He went into the foster care system and when he came to the states he ran into Edwin. Edwin gave Olly the job of canvassing and that brought to plenty of doors. Unfortunately, Olly ran into a man Colonel Denila and Denila was part of the mercenaries that killed his family. Olly tried to tell Edwin about it and Edwin mustn’t have thought it real because he ignored it.

Olly knew he was right and so he tried to do something about it. Before he could, Denila tortured and then killed him. Olly admitted he told Edwin about him and so Denila killed Edwin as well. Denila tried covering his tracks and luckily it didn’t work because the detectives had Cassie. Cassie saw Denila’s boat and so the detectives found Denila at the docks. They were able to arrest him and finally bring the war criminal to justice. Only Cassie’s case with Hannah took an unexpected turn. Hannah had killed her boyfriend. The boyfriend had come home early and he saw her packing. He threatened to kill her and had even grabbed a knife because he said he would kill the baby. And so Hannah snapped because she was never going to allow another man to hurt her child.

Hannah repeatedly stabbed her boyfriend and she killed him. Thankfully, it was considered in self-defense and so no one was going to be pressing charges. Brian was even willing to talk to Social Services and, with him in her corner, Hannah wasn’t going to lose her baby.

Hannah and Crystal were safe now and that gave Abigail comfort.

Also, Abigail figured it was her Aunt Molly that led Cassie to the house and so she wants to go and find her.

Abigail was wearing a new dress and she told Cassie that she’s found hope.