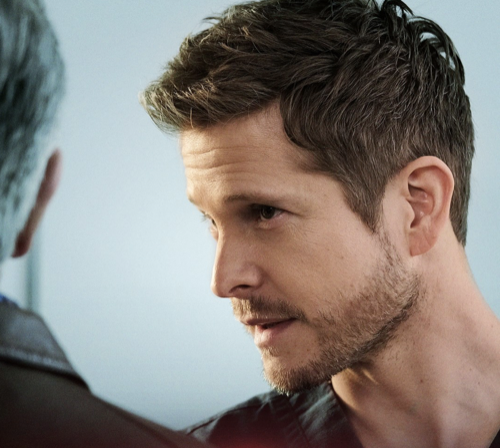 Tonight on FOX their new medical drama The Resident airs with an all-new Monday, February 11, 2019, episode and we have your The Resident recap below.  On tonight’s The Resident season 2 episode 14, “Stupid Things in the Name of Sex”  as per the FOX synopsis, “Conrad’s attempt to surprise Nic with a lavish Valentine’s Day dinner is foiled, so he gives the reservation away to someone who could really use it. Mina and Devon distract themselves from all Valentine’s celebrations by trying to figure out how their seemingly healthy neighbor has suddenly passed away.

Meanwhile, Kit gives dating advice to a sex-injured patient, Irving hits a crossroads in his not-so-secret relationship with Nurse Jessica, and Bell decides to celebrate the day in the OR.”

The Resident season 2 episode 14 airs at 8 PM – 9 PM ET on FOX. Make sure to bookmark this spot and come back for our The Resident recap! While you wait for the recap make sure to check out all our television recaps, news, spoilers & more!

Conrad surprises Nic with reservations for later tonight at a restaurant she wants to go to. Meanwhile, Mina doesn’t want to celebrate a corporate holiday (Valentine’s Day) Mica.

Bell tells Grayson to book him double surgeries. That is how he celebrates V-Day. Devon tells Conrad that Julian missed a meeting with the rep from the FDA. He thinks the police have stopped looking for her.

In the ED, Mina and Devon are negative about the holiday while AJ is surprisingly upbeat. A patient comes in and has stopped breathing. Before they can even help her, she dies. It is Gertie, Mina’s neighbor. Later, they call her niece to tell her the sad news. The niece is cold and angry. Her niece judged her all the time. Everyone thought she was nice but she wasn’t to her.

Kit has to help a teen named Chet in the ED whose upper arm is impaled somehow in the side of a car door which is with him on a gurney. Kit cannot figure out the details of his accident. He confesses he just met a female online and well they got busy in the car. Kit smiles.

Conrad meets with a patient named Otto and his boyfriend. The patient has fatigue and weakness.

Devon wants an autopsy for Gertie. Bell doesn’t want to get one. She is older and it cost money. Meanwhile, Mina calls Mica. She will go to dinner with him because he likes V-Day.

Kit follows up with Chet. He is going to be fine and needs to go on antibiotics. Meanwhile, Conrad tells Otto he is anemic, has low sodium and needs additional testing on his kidneys. He will have to stay the night.

Devon is mad that no-one cares about Gertie. Mina thinks they will have to get clever. They ask the niece if she wants to donate her aunt’s body to science that way they can get her autopsy. She agrees once they spin it that she won’t need to have a funeral.

Otto begins bleeding from the mouth and falls unconscious. They rush him to surgery.

Irving is all for private displays of affection with his lady friend from work but when she asks him to hold her hand as they walk down the hall he doesn’t want to do it. She walks away angry.

Nic calls Conrad. She cannot make it to dinner. She is with her sister at rehab and they need to go to a session together. Conrad takes it well.

Conrad tells Otto’s boyfriend that he has polyarteritis nodosa. They can treat it. The boyfriend isn’t thrilled. Otto has been talking about things that have never happened. He is confused and it must be his drinking. He got sober after years but he must be at it again. Conrad didn’t see any alcohol in his tests. He asks the boyfriend to tell him more about what Otto says.

Mina asks AJ to perform an autopsy on Gertie. During the autopsy, they realize that Gertie didn’t die due to atherosclerosis. AJ is determined to figure out what she died of.

Irving is approached by a nurse from the ED who offers him a one night stand. He thinks about it.

Kit scolds Chet for having sex in the bathroom with his online girl. Now she has to operate on his wrist because he made it worse.

Mina, AJ, and Devon realize that Gertie has cysts on her kidneys that caused an aneurysm. Her niece has been having headaches. Could she have the same thing? They run to find her in the hospital. She needs an MRI. Mina tells Nora, the niece, who doesn’t want to do it. It will cost many. They go back and forth. She agrees to get one.

Conrad is told that Otto is suffering all of his health issues from drinking for some long. Now he has to tell the boyfriend.

Nora is brought into surgery. They fix her aneurisms. Meanwhile, Conrad tells Otto’s boyfriend the news. He decides to stay with Otto and make the best of it. He shows Otto pictures of their travels to Paris. They never did go but he wanted to give Otto great memories.

Conrad gives his reservation to AJ who gives it to Mina. Irving goes to Jessica. He tells her he freaked out. They kiss in the hall before he opens the elevator to a table with champagne. Maintenance gave them 30 minutes.

Bell and Kit share a drink as they head out to a fundraiser together. Conrad visits Nic at the rehab. They sit in the car and eat cheap food and sparkling water from a wine glass.

At dinner, Mina and Mica sit. She notices he is sweating. His pulse is raising. As he attempts to get to one knee she yells out for help. He proposes. She doesn’t respond right away.