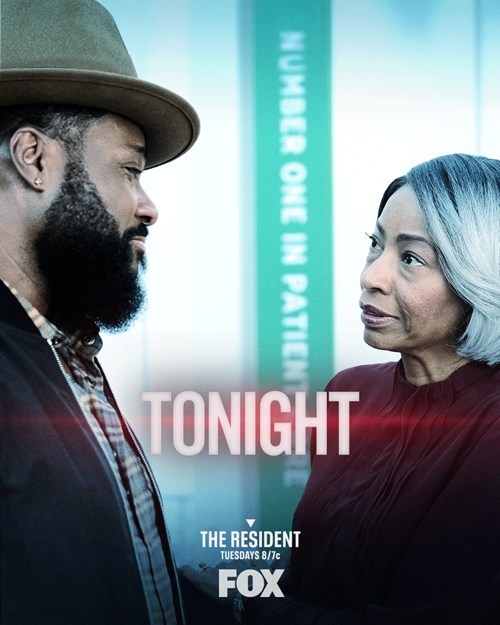 Tonight on FOX their new medical drama The Resident airs with an all-new Tuesday, November 12, 2019, episode and we have your The Resident recap below.  On tonight’s The Resident season 3 episode 6, “Nurses’ Day”  as per the FOX synopsis, “On National Nurses’ Day, Chastain’s nurses are severely understaffed and overworked, leaving them all feeling exhausted and underappreciated. Cain performs a dangerous surgery on a new patient he won in a game of poker.

Meanwhile, Conrad discovers that his father has been administered the same drug that he fears played a role in Jessie’s death, The Raptor comes face-to-face with his birth mother for the first time and Irving attempts to take the next step in his relationship with Jessica.”

The Resident season 3 episode 6 airs at 8 PM – 9 PM ET on FOX. Make sure to bookmark this spot and come back for our The Resident recap! While you wait for the recap make sure to check out all our television recaps, news, spoilers & more!

Tonight on The Resident, the hospital is understaffed on nurses, it’s game night and during an intense poker game, Dr. Cain makes a bet against Dr. Mcgill and wins a patient with a winning hand named Horace Dudley. He plans to replace his spinal discs making him the first patient in the U.S to have a bionic spine as he plans to replace four discs.

Dr. Voss is upset that Cain won her patient over a poker game and feels the surgery is risky and badgers Bell for it and she threatens to go to the board and report him which Bell advises her not too. She confronts Cain in front of Dudley but it backfired as they laugh about what hand he hand and reminisce over Dudleys past gambling days. It’s the day of the surgery and Dr. Voss looks on in worry.

Feldman asks Jessica to move in with him so they can host a game night but she declines until they get married. He feels Jessica has done more living and relationships then he has.

Dr. Austin meets his mother for the first time and they all head out to dinner to get better acquainted, he is upset with her that she chose her career over her family.

Conrad tests his father to make sure he is ok as he finds out his name was on the list of patients the drug Hemopleatin was given too he is scared because both Nicolette and Conrad thinks the drugs kill people who have taken it, both him and Nicolette try to find a Dr that will give them access to patient files that will prove the drug Hemopleatin has a defect and is killing the cancer patients that was given the drug, she asks Dr Pravesh but he says he won’t help it’s a violation.

Horace has trouble breathing his throat is closing up and swollen, Nicolette performs an emergency tracheotomy on him, Dr. Voss takes him into surgery against Dr. Bells advice not too as he fears what Dr. Cain will do to her. The surgery is a success leaving Dudley able to breathe and walk again. Dr. Voss offers to go into a joint venture with Dr. Cain opening a rehab treatment center and he agrees.

Conrad’s dad offers to help him get the data he needs against the drug. By taking him to a shareholder event for the CEO of kidney dialysis company Diacure, hoping he will let them look at their data from the drug. He agrees in exchange he wants Conrad to get his company a contract for a renal drug.

Dr. Pravesh and Feldman have a patient who’s body is getting weak due to him keeping weight off on purpose to continue to be a horse jockey, he has a broken arm and even tho he’s allergic to gluten he eats cookies with them and it flares up his celiac, he refuses to stop but after a talk with the Drs and his girlfriend he agrees to give up riding the horse and choosing his health.

AJ decides to ask his mother Bonnie to come to the hospital in the middle of dinner and help to diagnose a patient of Okafor,the patient is a young girl who has declining cognitive issues, Bonnie and AJ arrive to help and Bonnie interacts with the girl asking her mother questions and discovers she may have Lyme disease, which thanks to Bonnie they have caught in time and start treatment immediately. He thanks Bonnie and they share an emotional moment and hug and make plans to spend the holidays together.

After spending the whole day at the hospital on shift all day due to being short staff Jessica is seen driving home and dozing off but she then crashed into a tree.