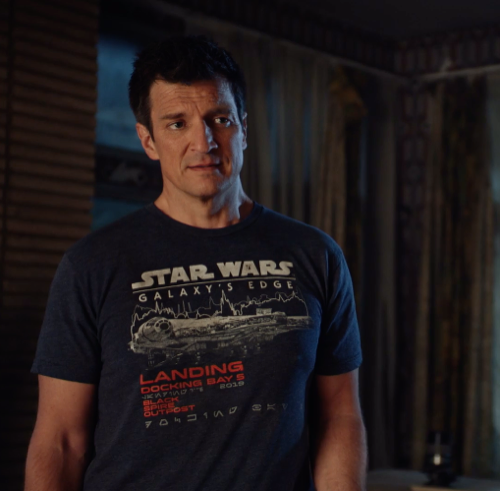 Tonight on ABC their new series The Rookie airs with an all-new Sunday, September 29, 2019, season 2 episode 1 called, “Impact,”and we have your The Rookie recap below. On tonight’s The Rookie episode as per the ABC synopsis, “The Season 2 premiere: The officers of Mid-Wilshire grapple with the aftermath of a plotted attack on the city of Los Angeles, leaving Officer Bradford fighting for his life”

Make sure to bookmark this spot and come back from 10 PM – 11 PM ET for our The Rookie recap. While you wait for our recap check out all our The Rookie news, spoilers, recaps & more, right here!

Tonight on the rookie The squad is ambushed by a female with a gun shooting at everyone outside the hospital but is taken down and in custody. Nolan returns back to the force. The rookie officers are giving their test exam scores by Det. Grey some did good and others not too well and he leaves it a mystery as to who did good or bad and they worry about who scored lowest, Leaving the rookies on edge as to who scored the lowest score.

Nolan and Grey partner up and patrol, he gives him some insight on how to handle working the force. Tim places extreme pressure in his trainee Boot to step it up, he gives her a mock bomb searching course which she doesn’t do well in as she sets off the bomber after she finds it. Nolan and Det Grey walk into an active robbery in a uniform store that leads them to a pursuit, looks like they were stealing police uniforms.

Tim and his trainee, Chen go to answer a missing person report. Wesley and Angela have moved in together and things aren’t going as smoothly and it causes some conflict on the job. Nolan and Det Grey report to an accident where it’s the body of one of the robbers they were chasing, Grey thinks someone killed him because he was spotted in the uniform store stealing uniforms by actual police.

They begin to suspect something larger is at play. Tim reveals why he’s hard on Boot and it’s because she left important details out on her quarantine report and states she was just trying to protect Tim. Wesley and Angela have issues at home and have an argument due to her cleanliness, Wesley feels as if things have gotten weird since they moved in and Angela feels he has OCD.

Back at station scores are revealed Nolan scores the highest and Officer West scores the lowest and it affects him and he feels he let down his officer trainer, he tells a room full of cadets he’s assigned to give a speech for, to not pursue staying in school, and this leads Det Grey to extend his training program until he can trust him again.

Back at the station rookie, Chen spots a man dressed in officer uniform stealing a radio out of a police car.

Nolan and Agent Angela follow the lead on the fake cop and he’s holding a female judge hostage who he places a call to divert the trucks since the plot is for the fake cops to run an ambush on a Lancaster convoy which destroys evidence in homicide and drug cases.

They race to save her since they know the fake cop will kill her to tie up any lose ends. Nolan makes a daring rescue and sneaks inside the home and Agent Angela diverts the attention of the fake cops by posing as a delivery woman.

Tim and rookie Chen intercept the diverted evidence truck and lead to a shootout between the fake and real cops. The real police win and recover the truck and evidence and bring the imposters into custody.