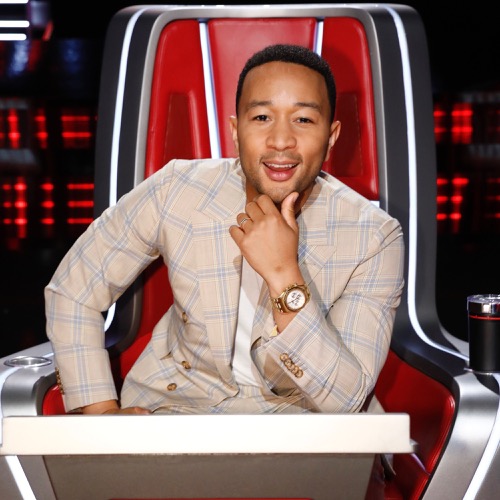 Tonight on NBC’s Emmy Award-winning musical competition The Voice airs with an all-new Tuesday, May 21, 2019, season 16 episode 22 and we have your The Voice recap right below. On tonight’s The Voice season 16 episode 22, called, “Live Finale, Part 2,” as per the NBC synopsis, “The star-studded season finale will feature special performances by chart-topping artists and musical collaborations with the Top 4 finalists. Fan-favorite contestants also return for unforgettable performances.”

Tonight we find out the winner of The Voice. Andrew Sevener and Travis Tritt kick off the finale, singing Travis’ hit, T R O U B L E. Then The Jonas Brothers take the stage with their new single, “Cool.”

The finale is on and tonight we are going to find out the winner, but right now we got so much great music and we are excited about this next act because he is a multi-platinum award-winning superstar, one of the most streamed artists in the world, he is also nicest enough to be on the show as Team Legend’s advisor during the battle rounds; here is our friend Khalid singing, “Talk.”

We get a behind the scenes look at Andrew and Blake. Andrew basically says whatever he has on his mind and makes Blake laugh, he is as country as it gets. Andrew says the two have become really good buddies.

Next soulful voices from this season; Kim Cherry and Mari singing, “Good As Hell.”

Next, some of the men from this season join on stage to sing Bobby Brown’s “My Prerogative.”

Carson welcomes music superstar Will.I.Am from the new NBC show Songland, executively produced by Adam Levine. Will.I.Am says he likes to collaborate and this is the best show in a long time, it is fresh.

Next, to debut their new song, “Rescue Me,” is One Republic.

Next, we get a behind the scenes look at everything that goes into being a finalist; including, what if a great surprise was just around the corner.

The final four are surprised by Carson, thanks to Toyota with a brand new RAV4.

Hootie & The Blowfish take with their song, “Let Her Cry.”

One of the most influential female vocalists in the world, Sarah McLachlan singing with Maelyn, singing, “Angel.”

A worldwide phenomenon, scored three number one albums in one year, BTS singing, “Boy with Luv.”

She just won a Billboard Music Award for Top Female Artist, tonight we are thrilled that she is debuting her highly anticipated single “Nightmare,” here is Halsey.

Betsy, Celia, Lisa and Presley return to the stage singing, “Edge of Seventeen.”

Gyth joins forces with Hottie and the Blowfish singing, “Hold My Hand.”

A ten-time Grammy award winner, best selling artist of all time, tonight she is taking the stage with Brendon Urie, performing, “Me,” Taylor Swift.

The four finalists return to the stage. It is time to read the artist who is in fourth place, it is Andrew Sevener.

The finalist in third place is Dexter Roberts.

This is it, one of these final two artist’s life is about to change.

The winner of The Voice is MAELYN JARMON, from Team Legend.