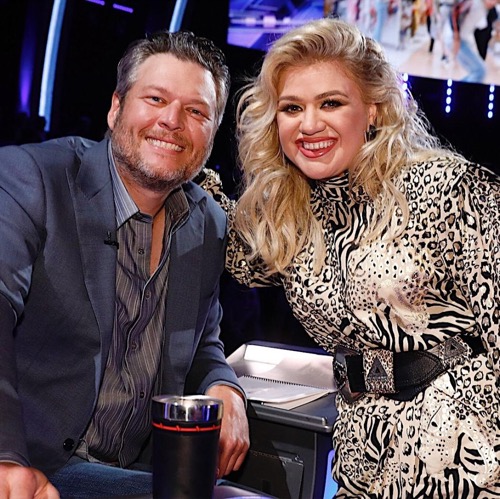 Tonight on NBC’s Emmy Award-winning musical competition The Voice airs with an all-new Tuesday, April 30, 2019, season 16 episode 17 and we have your The Voice recap right below. On tonight’s The Voice season 16 episode 17, called, “Live Top 24 Eliminations,” as per the NBC synopsis, “America votes eight artists through; each coach has one save; fifth coach Bebe Rexha presents the final two comeback artists who perform live for a chance to re-enter the competition via the instant save; the winner picks which team to join.”

Everything came to a head tonight! The eight contestants with the most votes will automatically advance, but the judges could each save one person from their team and not to mention there was one last battle for the final two contestants on the digital series “The Comeback Stage” to determine who would go on to join the Top 13!

The show began with twenty-four contestants and so tonight was also the biggest elimination yet. Later, Carson Daly named the first three contestants free from the bloodbath. The first one that America saved was Gyth Rigdon from Team Blake. The next contestant advancing was Sean Sounds from Team Legend. Only Blake received great news when he learned that America also saved Carter Lloyd Horne from his team. The kids were so shocked that it actually took a few seconds to sink in that he was safe and was now part of the Top 13! And thankfully he was surrounded by good people that only reaffirmed that he deserved this.

Tonight just so happened to be a special event in many ways. Not only were people advancing, but it marked the first time that Adam Levine got to sing with his team and they brought reggae to the stage. They sang a Bob Marley song and it hadn’t been offensive. Which was a nice surprise of its own? The other coaches were going to perform as well and for many of them, it was going to be the final farewell to their mentees. The coaches talked to their teams before the show about how this doesn’t have to be the end and that each could go on to have splendid careers. Kelly Clarkson has gone through the experience and she knew that it didn’t necessarily have to end it in a win to be meaningful. No matter what happens it’s just how America chooses to vote and says nothing about their talent.

Kelly received some good news herself when Rod Stokes was saved by America. It was the first from her team and that was something Adam couldn’t say. No one from his team had advanced of by this point and for a while there it felt like all the spots were all going to Blake. Blake celebrated when his own Kim Cherry was saved by America and he also got to keep Dexter Roberts who’s his favorite country star. Even Legend got a second contestant before Adam could get his first. America saved Maelyn Jarmon and afterward there weren’t many slots left. The show was halfway done and Adam hadn’t the chance to see anyone from his team advanced. So is that because of Adam or did America fail to see the genuine talent on his team?

Bebe Rexha next came on and she got to inform the audience a little bit about “The Comeback Stage”. The digital series allows vocalist that might have been overlooked in the blinds or eliminated too early in the competition to come back for another shot of making it into the Top 13! Bebe has worked with her contestants and she’s become a fifth coach to her own team. Her team was still subjected to eliminations and so its not like everyone she mentored could have performed tonight, but it was another chance that many of them didn’t think they were going to get. The last two contestants performing tonight were Kanard Thomas and LB Crew. Crew was recently eliminated after a great couple of months and he also knew how to play to the crowd.

LB perhaps gave the better performance and so it sucked that he was no longer on Team Adam. Adam hadn’t used his save to keep him and its clear that he regrets that decision, but Social Media decided the winner of this last battle. They chose to save LB Crew and sadly Kanard was eliminated. Only this was good for Adam because LB could have joined any team he wanted and he decided to save his coach who he knew was struggling with all these results that didn’t end in his favor. And so ultimately Adam was going to get two people from his team into the finals.

The coaches each got to save one contestant from their teams and, while it was hard, it wasn’t insurmountable though despite all that carrying on by the judges. Blake went first and he saved Olive Blu. Kelly went next and she chose to save Jej Vinson. John went next and he chose to save Celia Babini. And finally Adam got to chose and he saved Mari.