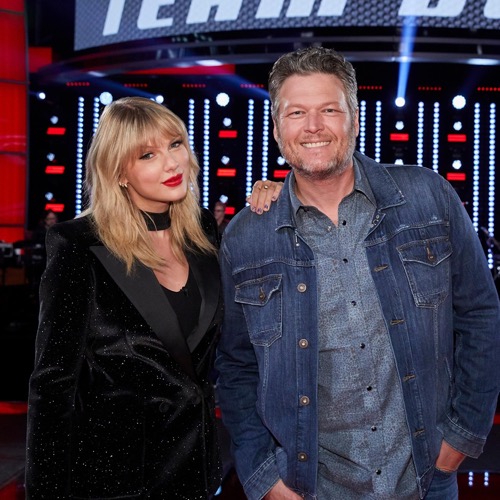 Tonight on NBC’s Emmy Award-winning musical competition The Voice airs with an all-new Monday, October 28, 2019, season 17 episode 11 and we have your The Voice recap right below. On tonight’s The Voice season 17 episode 11, called, “The “Battle Rounds” conclude and the “Knockout Rounds” begin. The artists will be paired against a teammate once more, but this time they will each select their own song to perform individually, while their direct competitor watches and waits.

Taylor Swift serves as a Mega Mentor and will be on hand to work with all of the coaches and their teams as they prepare the artists for this challenge.”

There was reportedly some drama behind the scenes. According to some in the gossip sphere, this drama all started between Carson Daly and one of the judges though none of that seemed to be on display tonight. Everyone was pretty darn cordial. Gwen’s team had been first pairing of the night and she put her rockers together. She set up a Jake Haldenvang vs. Caroline Reilley fight. They each loved that old-time rock and so Gwen decided to take them out of their comfort zone by giving them a pop song.

“Just Like A Pill” was outside both of their repertoires. Gwen had to ensure they knew the song and then she had to coach them in performing the song. Jake liked hiding behind his guitar. It would have been elsewhere, but he couldn’t do that tonight because it would have made him look like Caroline’s backup. Caroline also faced her own issues. She had to work on her facial movements because there were a little all over the place and she had to face the fact she was going up against Jake. Jake’s voice was unique. There was no one else like him in the competition and that’s why two judges loved him.

Blake was the only one that said, Caroline. His opinion also mattered the most to Gwen and so Gwen had to consider before she could dismiss it. She had to wonder who was best for her team. She thought about it and ultimately her decision was to go with Jake. He was too unique to pass up. Next up was John’s team. He paired Preston C. Howell and Mendeleyev. They both had an old-timey tune to their voices as well. Preston was a little more jazz and Mendeleyev was a lot more folk music. And the song this time was only out of Preston’s comfort zone.

Preston didn’t know how to feel the music. It wasn’t his genre and he was just learning as he was going. Mendeleyev, on the other hand, was comfortable. He took on this song like it was easy and you could tell he didn’t have a problem with the material because he wasn’t writing down remarks like Preston. Preston was still a teenager and he was treating this as a test. He took down notes from everything the coaches were telling him. And when these two-four chairs battled it out, there wasn’t a clear winner.

They both gave a great performance. They sounded wonderful together and Preston soon came onboard, so John rewarded the man he knows he can go further with. He chose Preston. Preston had a better range and John rewarded him for that. Next up was Team Kelly. She paired off Hello Sunday (the duet group) with Lauren Hall and this three-person pairing was bound to stand out. They were even given the song “Wrecking Ball”. The girls could have let that scared them and instead they rose to the occasion.

The three of them gave a concert. Hello Sunday or Myla and Chelsea made sure they were on par at each and every moment. They also allowed Lauren to shine as well. All of them well worked together. They sort of formed a three-person bad tonight and it gave a one of a kind performance. But Kelly felt she heard more with Hello Sunday. She liked the girls and she wanted to keep them around longer. And there was a sad moment when it looked like Lauren was being eliminated, but Blake stepped in and he stole her.

And that was it for the Steals! There were no more left and with the end of that came the Knockouts. The Knockouts were just a tad different. Here the vocalists weren’t singing duets and instead they each took their moment to shine on stage. The first battle tonight was from Team Blake. He paired off Cali Wilson against Marina Chello. Marina went first and she gave a stellar performance. Then Cali had her turn and she quickly won over the crowd because of her song. Both of these women deserved to be on the radio yet Blake chose to save Cali because she had deserved it more.

Taylor Swift was also here tonight to assist with the vocalists. She was giving them all pointers and so the next team she helped was Kelly’s. Kelly paired Jake Hoot and Melinda Rodriguez. The two got to pick which songs they were going to be singing. Jake chose a country song like “Cover Me Up”. because that’s where he’s most comfortable and so it was Melinda that threw the curveball because she chose a Mariah Carey song. She actually chose “Always Be My Baby”. And there was no one harder to cover than Mariah Carey because those high notes were unmatched.

Plus, there was a downside to being responsible for their own song selection. It meant the results of their later performances were all on them and so people tended to play it safe, but not Melinda. It’s okay if the country star stuck to country and why the pop/R&B star went with a song in her wheelhouse though again it was Mariah. There were no risks-takers and they were winners. The winner of this latest battle turned out to be Jake because he was one of the best country musicians out here this season and Kelly didn’t want to let him go.

Up next was John’s team. He paired Katie Kadan off with Max Boyle. Max chose the song “When the Party’s Over” and his voice had been great with this song. John and Taylor were both loving his performance from practice and so the real thing was merely an improvement from there. Which it had to be if it stood any chance of being compared to Katie’s song. She chose the song “Piece of My Heart”. Katie gave it her all to this song. She even had Kelly standing up and clapping to her on her first line.

Katie was on fire tonight. Her voice as a powerhouse had been perfect for the song and so it was a good thing that Boyle went down a different route. His song was subtle. It also allowed him to bring out that falsetto and that alone made him stand out. Katie and Max gave two very different performances, but there could only be one winner and John handed this battle to Katie. And then both Kelly and Gwen tried to Steal him.

Max had to pick between them and he ultimately went with Kelly.