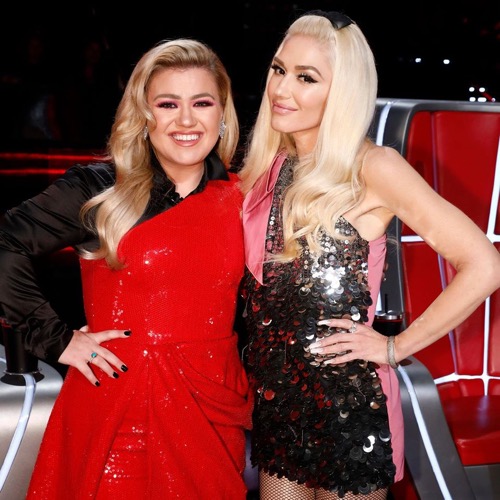 Tonight on NBC’s Emmy Award-winning musical competition The Voice airs with an all-new Tuesday, December 3, 2019, season 17 episode 22 “Live Top 10 Eliminations,” and we have your The Voice recap right below. On tonight’s The Voice season 17 episode 19, “In the live results show, seven artists will be revealed as safe by America’s votes.

The bottom three artists will then compete for the Instant Save and one will be eliminated. Kelly Clarkson, John Legend, Blake Shelton and Gwen Stefani star as the celebrity panel of coaches and Carson Daly (“TODAY Show”) hosts.”

Unfortunately, the time has come for another elimination. The show will be moving into Semi-Finals next week and in two weeks a winner will be crowned. So things were picking up! The contestants had until then to convince America to vote for them with the votes coming in on Monday and being revealed on the Tuesday but as tonight is a moment of elimination there were plenty for the host to get through. Carson Daly first announced that both Will Breman and Rose Short were safe. One was from Team John and the second was from Team Gwen.

Meaning this was a win for the coaches too. They jumped up as much as the contestants did and there was a moment of celebration before the show moved into tonight’s performances. First up was a collaboration between John Legend and Kelly Clarkson. They rearranged the traditional song “Baby Its Cold Outside” for a more modern audience and it was both respectful and still a pretty good song. Its off of John’s Christmas themed album and it is available for sale. There was also a moment with the stars of NBC’s “Making It” and they all got to laugh as a wooden chair failed to live up to the chairs from “The Voice”.

However, Carson Daly was still announcing who was safe. The next name he called was Ricky Duran from Team Blake. Ricky had an emotional moment earlier when he said that his music helped him to feel closer to his dad because it was his dad that introduce him to it and so to have his fans vote him in now was sort of like earning the approval of his late father. There was a performance from Meghan Trainor later. She showcased her new song “Wave”. It had a gospel feel to it and there was some rapping thrown in as well. And so there was something there for everyone.

The next person, though, that was voted safe was Katie Kadin. She was from Team John and that meant he now has two in the semi-finals. He had two, Blake had one, and Gwen had one. It had looked like Kelly wasn’t being left out in the cold. Only Jake Hoot was on her team and he was the next person announced safe. So now everyone has a member of their team going into the semi-finals and while that evened out the score amongst the judges – there were still several contestants up for elimination.

Five artists were on the chopping block. They’ve all come far in the competition and three of them will be performing again tonight to save their place in the semi-finals, but first thing first, Carson eventually announced two artists that were safe. He first said Hello Sunday. The duo is very talented and really who could say not to a couple of little girls living the dream. Carson also went on to say Kat Hammock’s name. She was on Team Blake and with her name being called it now means Team Blake has passed this part in the competition unscathed. He didn’t lose anyone while the same couldn’t be said for the other coaches.

Marybeth Byrd, Shane Q, and Joana Martinez were all up for elimination. They gave it their all yesterday and sadly it wasn’t enough. They had to prove tonight that they deserved to stay. Up first was Shane. He performed “Killing Me Softly”. It wasn’t haunting or as beautiful as other renditions and so again it felt like he wasn’t connecting to the song. The judges were still nice to him, though. They told him he has a voice that could do anything and no one asked him if he could do anything then why was he still phoning it in.

Joana went next. She performed “Somebody I Used to Know”. This was a much softer tempo than she was used to and so her singing it had shown off another side to herself. Joana could do gentle. She also showed that she was very talented and that’s why she deserved to stay. Joana truly rose to the occasion and Shane didn’t do that while the ladies did. First, it was Joana and next, it was Marybeth. Marybeth performed “You Are the Reason” and it was a great song for her. It showcased her amazing voice and she connected with the audience.

So, in the last five minutes of the show, America was given the option to phone in and save one of the contestants.

And America instantly saved Marybeth Byrd, which was a great call on their part!