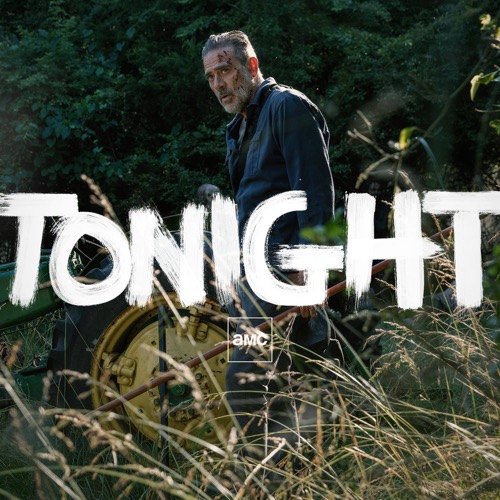 Tonight on AMC our favorite show The Walking Dead airs on an all-new Sunday, October 20, 2019, premiere episode and we have your The Walking Dead recap below. On tonight’s The Walking Dead Season 10 Episode 3 called, “Ghosts,” as per the AMC synopsis, “Alexandria is plagued with the return of the Whisperers; Carol is having a hard time because of her thirst for revenge.”

Carol’s alarm goes off and the day starts. Within 11 hours, there is a constant wave of walkers coming at them. By hour 19, nothing was changed. By hour 31, it just continues, killing walker and walker. Hour 44 and everyone is exhausted. Michonne goes to see her children, her daughter wants to know if it is saved yet – she doesn’t answer. Hour 49, Michonne looks outside and there are more walkers, everywhere she looks, there are just more and more.

One of the whisperers tells Daryl and Michonne to head to the north border and lay down their weapons. They hold a town hall, everyone is angry. Michonne asks Daryl how many walkers are in Alpha’s horde, he says tens of thousands. Michonne says that if she sends that horde, they are all done. All Alpha wants to do is talk and they are going to listen. She reminds them that it is going to get worse before it gets better. They make a plan.

Negan asks to speak to Gabriel, he says he just would prefer to pick tomatoes and bury the dead. Gabriel tells Negan that he is to stay with Aaron.

Negan is in the woods with Aaron, he tells him that he is trying to make things better. Three walkers are coming up, Aaron tells Negan to get them.

Michonne, Daryl, Carol, and others are at the border; they put down their weapons. Daryl walks over to Carol and asks if she is ok, she says she needs a minute. The wind is blowing and you can see that Carol has a gun in her back pocket, that weapon she is not putting down. Daryl says heads up, a group of walkers are heading towards them. It’s not walkers, it is whisperers and Alpha is leading them.

She tells them there is one rule, stay where they are, and they went on her land three times, they are always watching. She says they have to be punished now for crossing her land. But, there will be no bloodshed this time. Alpha wants more land, Carol says it will cut off their hunting ground, they don’t need to stand there and listen to this bullshit.

Alpha tells Carol to lower her eyes to her feet. Carol says she looks at her and feels nothing at all. Alpha says the blond boy said her name before they took his head off. Carol goes to pull out her gun and shoot Alpha, Michonne stops her. Alpha says that she forgives her more than a mother and this is her land now, they better run.

They leave and stop to make camp. Michonne tries to speak to Carol who tells her that the bitch has to die. All of a sudden, Carol sees people running, it is whisperers.

Negan goes to kill the walkers, he starts to get into an argument with Aaron about the weapon he uses. Negan asks him what his problem is, Aaron says he doesn’t care about them, if he did, he would just leave. Aaron then asks why the love of his life had to die, Negan says because if you don’t protect what is yours, you lose it. All of a sudden, walkers are behind Aaron and attack him. Negan has time to run.

Michonne tells Carol there are no tracks, nothing, is she sure she saw three. Carol says yes. They continue on and find a place called Burnett Academy. Michonne leads the way. Carol finds a book and starts to hallucinate that it is her and her family on the cover. Michonne was worried about meds she is taking, maybe they are making her hallucinate. Daryl sits beside Carol and tells her that he was thinking about his dad who was a trucker. One day, a girl stood right in front of his truck, he gets out and there is nobody there, no dent in the grill, nothing. He didn’t sleep much either, he was seeing things. Carol says she is not a meth snorting truck driver. Carol says she can’t sleep, he asks her if it is bad dreams but she doesn’t answer.

Aaron is still looking for Negan, he enters a house and its dark, he doesn’t know it yet, but Negan is inside. Negan sees Aaron struggling around. Walkers come in and Aaron is almost done in, Negan kills the two walkers. Aaron tells him that he can’t see. Negan helps Aaron up, he says he is going for a walk, but they will leave first thing in the morning.

Carol gets up, she starts to look around more. She is hallucinating again, she sees her son and he calls out to her. Daryl asks her where she went, she was gone a half hour. She tells him she didn’t see a ghost-like his dad when he was a truck driver, Daryl says his father wasn’t a truck driver. Carol goes to take another pill, Daryl asks her not to take it. Carol still has her loaded gun. Carol goes off again on her own, she sees someone standing in a room. She goes closer to them and all of a sudden, she is caught in a trap by her foot and hung up from the ceiling. The person is actually a walker, and more come towards her, Carol tries to shoot her gun and screams out for help from Daryl. She kills two walkers and manages to cut herself loose and then kill more walkers. Daryl has Carol, she brings him to the doc, she has cut her arm bad. Carol is going to be fine.

It’s morning, Aaron wakes up and sees Negan by the window, he can see now.

Rosita and Eugene get into an argument, she tells him that they are never going together and he is not the father of her child. He says her inhibitions are lowered because she is tired. He says that he always thought that one day there would be something between the two of them. He says their whole friendship was on the premise that one day he could make her fall in love with him. He says he is sorry and walks out.

Michonne finds Siddiq outside, she asks how he is holding up, he says that he is just tired. The doc sits down with him and tells him that he was in field combat in Iraq, you go in one person and you come back different. He knew this one guy, the dude that never broke until he did. He lost his squad and blamed himself. Came back with the shakes, flashbacks, he was a mess. Siddiq asks what happened to the guy, the doc says that it is him.

Carol finally slept. Daryl is making breakfast, she says they need jam, he gives her money to go get it. Her son is sitting at the kitchen table and asks her where she is going. All of a sudden, we see Carol in bed and she is not sleeping. She goes downstairs and Michonne is there, she asks how she feels, Carol says that it hurts.

Michonne returns to the children and tells them It is safe for now. She lies down with them.

Carol goes outside and tells Daryl that Michonne doesn’t believe her that she saw three whisperers.

We see the dead walkers that Carol killed when she was in the room alone and cut herself from the ceiling. All of a sudden, we see one that looks dead outside and the eyes open, it is a whisperer.