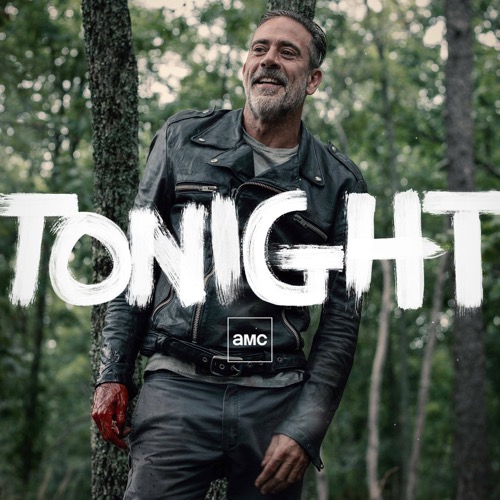 Tonight on AMC our favorite show The Walking Dead airs on an all-new Sunday, November 10, 2019, premiere episode and we have your The Walking Dead recap below. On tonight’s The Walking Dead Season 10 Episode 6 called, “Bonds,” as per the AMC synopsis, “Carol and Daryl go on a mission together, while Siddiq struggles to solve a mystery..”

We see Carol in bed, she just woke up – she washes and gets ready for her day. Equipped with weapons, she heads out. Daryl sees her and follows. He asks her if she feels better, she says yes. They head out, he asks her what they are doing out there. She says Alpha’s horde, they will find it and destroy it.

There are a couple more cases of the stomach bug, the sick are staying hydrated and waiting it out.

Carol and Daryl are looking at a map, she is showing him the area that they should stakeout. She asks him if he is going to stick around, he says yes.

Negan is blindfolded, the whisperers have him and he is telling them he wants to join them. One of the whisperers have had enough of Negan’s chatter and puts blades to his neck. He tells him that for eight years he was locked up by their enemy, take him to their leader and he will spill ever secret. The whisperer takes Negan’s blindfold and pulls it down to his mouth so he can’t talk anymore.

Eugene turns on the radio, he hears someone from Alexandira talking, it is Rosita, she asks him if he is returning anytime soon. He says he hasn’t thought about it, but it is good to hear her voice. A malfunction in the equipment, Eugene tells her he needs to fix it, they will chat later.

Carol and Daryl are waiting it out, they are throwing hazelnuts into a can to pass the time. She tells Daryl that he doesn’t have to be alone anymore and he can’t hang out only with a dog. Daryl is hungry, Carol looks in her bag and takes out some bread. Daryl sees walkers, they booth look with binoculars – he says it is whisperers.

The whisperers bring Negan to Alpha, Beta tells her that Negan cannot be trusted – Alpha is not impressed that he is questioning her judgment; he kneels down in front of her, Negan finds it is funny.

Rosita is feverish, Siddiq finds her and tells her it is a trip to the infirmary.

Carol and Daryl get ready, they head out to go after the whisperers.

Beta and Negan are walking into the woods, he throws a shovel at Negan and tells him to dig. Negan is full of questions and can’t stop talking, but he digs. Together, they are skinning and burying walkers. Negan is exhausted but Beta won’t let him stop digging holes.

Siddiq arrives at the infirmary, the sickness has spread, he takes charge to try to get a handle on it before it gets out of control.

Daryl and Carol split up, they are going after the whisperers.

The whisperers are cooking a pig that Negan called, he wants a piece, Negan kicks him to the ground. Negan sits with whisperer, he gives Negan a piece.

Eugene is trying to get in touch with Rosita, or anyone that will answer on the radio. All of a sudden, a woman answers, she asks if he is really out there. Eugene asks her where she is located, how many people are with her – she says she is not comfortable sharing that right now. They start to first share a little about each other.

Carol steps on a branch, there are walkers all around, they head towards her and Daryl is on guard, keeping an eye on here from afar to make sure she is ok. One walker gets close to Daryl, he stabs it in the stomach and smears all the blood on himself, so the other walkers walk past him.

Rosita is in bed, she is still burning up. Siddiq is taking care of the baby, he goes into the rocking chair and rocks to keep the baby quiet. Siddiq closes his eyes and he is hallucinating.

Negan is with Beta and the whisperers, and he is still talking and getting on Beta’s nerves. Negan tells him that whether he likes him or not, he is joining them, Beta says he is too weak to join them, a waste and Alpha will see it. Negan tells him that he is not there for him, he is there for Alpha and doesn’t care what he thinks. All of a sudden, Beta walks away and Negan is about to be attacked by a hoard of walkers.

Daryl goes to find Carol, she has a whisperer tied up and gagged. She tells him that he saw her, but they can use him.

Eugene is still talking to his new friend over the radio. She tells him that she doesn’t know him and he may be a threat. Eugene offers to share more information, she tells him that she could be a threat to him, who knows. He gives her his real name, she gives him hers. She says she wants to trust him, but if she hears anyone else, he will never hear from her again. He says ok, just the two of them.

Beta goes to speak to Alpha, he tells her that Negan was weak, thinking he was killed. Negan surprises Beta and Alpha, he is alive, bloody and so is Lucille that he has over his shoulder. He confronts Alpha, puts Lucille down to the ground and kneels down, tells her that is 100% in, gives him Lucille. Alpha comes face to face with Negan and tells him to shush.