The Young and the Restless Spoilers: Beth Maitland Shares Exciting News with Fans – Y&R Star Heads Back to Another Drama Series

BY Heather Hughes on July 31, 2019 | Comments: one comment
Related : Soap Opera, Spoiler, Television, The Young and the Restless 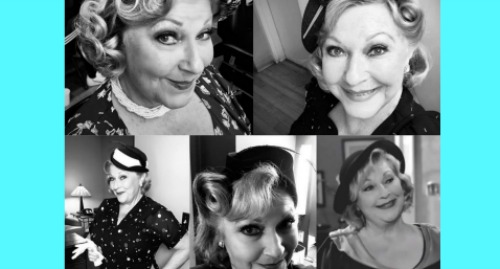 The Young and the Restless (Y&R) spoilers reveal that one CBS soap star is headed back to an exciting series. Y&R fans know Beth Maitland as Traci Abbott in Genoa City, but she’s got another great project cooking up. Maitland was asked to return for the second season of Bronzeville, a scripted audio drama.

Maitland included some pics of herself as Velma, the character modeled after Traci in her Y&R character’s latest novel. This radio drama undoubtedly has a similar feel to Traci’s story. It was fun watching Velma and Flynn (Daniel Goddard) shake things up by following clues and going on little adventures. The same 1940s vibe can be found on Bronzeville, a series Maitland’s thrilled to be part of.

If you’re interested in hearing Maitland and her fellow voice-actor costars, there are plenty of places to give Bronzeville a listen. Season two is coming soon, but season one is already available through Spotify, Google Play, iTunes, Soundcloud and more. It’s worth checking out if you like the style of old radio shows or just want to enjoy Maitland’s lovely work.

The Young and the Restless viewers know Traci and Cane Ashby’s (Daniel Goddard) romance suddenly fizzled in New York. Cane was ready to take the next step with Traci, but she let him down gently and suggested they should just remain friends. However, Traci did seem to get a confidence boost from Cane. We can hope Traci might be paired up with someone who’s perfect for her down the road.

Regardless, it’s been nice to see more of Traci on Y&R. We hate to see her fade to the background again, but that seems to be happening without Cane and Traci’s love story. Perhaps Traci will find someone new to love and get another storyline eventually. For now, fans can enjoy Maitland’s role on Bronzeville and await another round of drama for Traci in GC.