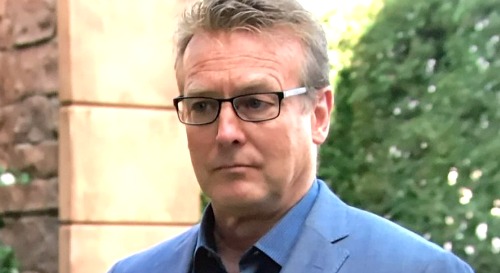 The Young and the Restless (Y&R) spoilers reveal that one CBS soap star had some sad news to pass along. Doug Davidson (Paul Williams) frequently interacts with his fans on Twitter, so he wanted to give everyone updates. He suffered a tough blow, but he also hoped to honor a very special member of his family.

Davidson’s beautiful and beloved cat passed away on June 19. He seemingly took some time to process it before letting viewers know what happened. It’s clear that this sweet pet meant a lot to Davidson. He was truly part of the fam and will definitely be missed.

“We lost our boy to cancer on Wednesday,” Davidson tweeted. “He was a brilliant soul who helped me through some incredibly difficult times. May God rest his soul.” Anyone out there who’s lost an adored pet can related. It’s always painful when their all-too-short lives come to an end.

Nevertheless, it sounds like Davidson’s clinging to what’s important. His cat was a buddy when he needed him, and he gets to keep those memories forever. Many Young and the Restless watchers reached out to Davidson during this tough crisis. They sent tweets of support in an attempt to curb the pain somehow.

“I’m so sorry for your loss,” said one concerned fan. “Our furry friends have a unique way of touching our hearts and are family members.” Another Y&R viewer said, “He was a handsome boy. I’m so sorry that you lost a member of your family. Sending you love and light.” “May the wonderful memories of a loyal companion stay with you always,” one more fan tweeted.

A former Y&R costar even chimed in with her condolences. Jessica Collins (ex-Avery Bailey Clark) said, “I’m so sorry Doug. Sending you and your family hugs.” Davidson undoubtedly appreciated hearing from Collins as he tries to heal along with his family. It’ll take time, but Davidson has plenty of people in his corner.

As for what’s next in Genoa City, The Young and the Restless spoilers say Paul will continue to support Nikki Newman (Melody Thomas Scott). He’ll also get caught up in some other Newman family drama, so stay tuned. We’ll keep you posted as other Y&R details emerge. Stick with the CBS soap and don’t forget to check CDL often for the latest Young and the Restless spoilers, updates and news.

We lost our boy to cancer on Wednesday. He was a brilliant soul who helped me through some incredibly difficult times. May God rest his soul. pic.twitter.com/ApMJ87fT0Q