The Young and the Restless Spoilers: Doug Davidson Speaks Out On Y&R Status – Reveals Not On Contract, Fans React 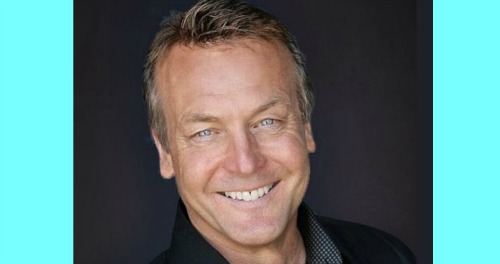 The Young and the Restless spoilers has some news to pass on about a fan-favorite Y&R actor. Doug Davidson, who portrays Paul Williams on the CBS soap, gets a lot of love on social media. He’s got a great network of followers and fans of the show, and they’re pretty vocal about wanting to see more of Doug on Y&R. As viewers will remember, Doug was absent from the show for about a year until new head writers Josh Griffith and Tony Morina took over earlier this year.

Then we saw the character of Paul return to summarily fire Rey Rosales (Jordi Vilasuso) from his detective gig at the GCPD, and he’s been on canvas on and off ever since. Doug has even shown up in the opening credits for the show on occasion, which is something that has thrilled his fans.

Recently, Doug had some exchanges with his Twitter followers that shed some light on his current status on the show, and his feelings about that status. As you may know, Doug is quite active on Twitter and is wonderfully responsive to his fans. He frequently re-tweets his fans’ comments and answers fan inquiries. It’s great, and fans absolutely love it.

Something that’s a constant on Doug’s Twitter feed is viewer sentiments about his status on the show. It’s pretty clear that viewers want to see more of Paul on Y&R given their comments. For example, one viewer recently wrote: “The writers really need to realize you bring familiarity to the viewers. It’s always a highlight to the show when you have scenes. Let’s hope they don’t lose sight that you and the veteran actors are the glue that holds the show together.”

Paul promptly thanked the viewer for her kind words. Another follower then asked Doug about his current status on the show. You may know that there’s been an ongoing dialogue on Twitter from many soap vets about the importance of maintaining veteran actors on contract – Eric Braeden (Victor Newman, Y&R) and Thaao Penghlis (Tony/Andre DiMera, DOOL) have been actively involved in these discussions in the past.

The viewer asked: “Doug, are you on contract or recurring?” Doug responded: “No contract.” Another viewer then asked: “Do you WANT to be recurring as Paul Williams?” Paul replied: “It was never my choice,” clearly indicating that Doug would prefer to be on contract with the show.

The good news here is that viewers have recently seen Doug appear on the show, with Paul interacting with both Victor and Rey. But fans desperately want those interactions to continue and would like to see Paul get more involved in key storylines. Right now, he seems to pop in for the occasional police investigation, but fans would really like to see him embroiled in a good Paul-centric story.

We’ll see what happens with Doug’s status going forward. One thing’s for sure – fans will continue to wish for more of Paul on our screens! Stay tuned to the CBS soap and don’t forget to check CDL often for the latest Young and the Restless spoilers, updates, and news.

You are so kind. Thank you so very much for your support. https://t.co/mZqk9UfY0b