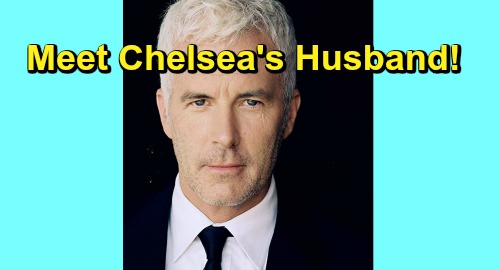 The Young and the Restless (Y&R) spoilers reveal that we finally know the identity of Chelsea Newman’s (Melissa Claire Egan) mystery man. Ever since Chelsea admitted she remarried, Y&R fans have been speculating about her new husband. There was certainly a lot of talk about old characters she might’ve reunited with.

Chelsea even faced suspicions of inventing a new hubby, which wouldn’t have been unreasonable under the circumstances. After all, that would’ve been a good excuse to keep Adam Newman (Mark Grossman) at bay. However, it turns out Chelsea was telling the truth. She indeed has another husband, but he’s not someone Young and the Restless viewers have met before.

According to Soap Opera Digest, John Burke will debut as Calvin Boudreau on July 2. He’s the one who tied the knot with Chelsea and adopted Connor Newman (Gunner and Ryder Gadbois), assuming that part is also true. Chelsea probably didn’t find love with Calvin, who’s seems a tad on the old side for her. Instead, Chelsea may have just found peace and a safety net.

In other words, this may have been a con on some level. Chelsea seemingly cares about Calvin, but he’s not someone she feels a passionate fire for. Perhaps Chelsea simply met Calvin and saw him as someone she could be content with. He likely looked like a dependable father figure for Connor and provided the financial security they both needed.

It surely hasn’t been easy for Chelsea to start a brand-new life. Besides, Chelsea may have figured she’d never find a love like Adam again. She definitely had feelings for Nick Newman (Joshua Morrow) as well, but even that wasn’t the same. Adam’s the guy who really touches Chelsea’s soul, so he’ll touch it once more as they share intense scenes.

The Young and the Restless spoilers say Chelsea will take a firm stance when she returns to Genoa City. She’ll insist that she only came back to give Adam closure and convince him to let go. However, you can bet Adam will put up a fierce fight for the woman he loves. Adam will hope he can reunite with Chelsea and Connor eventually, so it’ll be interesting to see what he’s willing to do.

Are you excited to see the next chapter of “Chadam’s” love story? We’ll give you updates as other Y&R news comes in. Stay tuned to the CBS soap and don’t forget to check CDL often for the latest Young and the Restless spoilers, updates and news.