The Young and the Restless Spoilers: Summer Flaunts Theo as Plus One for Villy’s Recommitment Ceremony – Surprising Night Ahead

BY Heather Hughes on May 30, 2019 | Comments: 2 comments
Related : Soap Opera, Spoiler, Television, The Young and the Restless 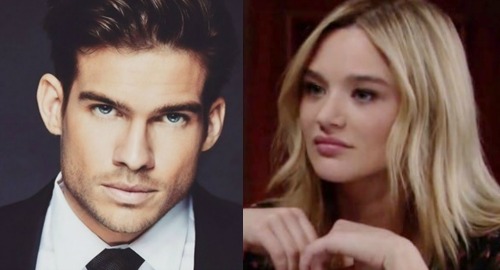 The Young and the Restless (Y&R) spoilers tease that Billy Abbott (Jason Thompson) and Victoria Newman (Amelia Heinle) will follow through on their plan. Despite Billy’s best efforts to persuade her, Victoria just isn’t interested in remarriage right now. That might be a topic they’ll revisit somewhere down the line, but Victoria likes things they way they are and a marriage certificate isn’t a guarantee.

Billy ultimately agreed that he got the girl and that’s enough. As long as Victoria’s by his side and the family’s back together, Billy is cool with not making it official. Of course, they still want to make a very public declaration that they’re back together. The Young and the Restless spoilers say they’ll indeed have that recommitment ceremony they’ve been talking about. It’s sure to be quite the event!

Kyle Abbott (Michael Mealor) will naturally score an invite, so he’ll want to bring Lola Rosales (Sasha Calle) along. They’ll plan to have a wonderful time, but what about Summer Newman (Hunter King)? She’ll get an invitation as well, but she certainly won’t want to show up alone and have Kyle thinking she’s lonely. Instead, Summer will want a handsome man on her arm to make Kyle jealous.

Y&R spoilers say Theo Vanderway (Tyler Johnson) will agree to be Summer’s plus one at the event. Although Theo doesn’t know Billy and Victoria, he’ll be interested in spending more time with Summer and getting to know her a bit better. Theo will like her fierce spirit, but will he also notice Summer staring at Kyle all night? That’s a possibility, but Theo may be confident enough to take it in stride.

Perhaps Theo will just have to work harder to keep Summer’s attention. It sounds like she’ll mainly be using him to bring out the green-eyed monster in Kyle, but a funny thing might happen along the way. Summer might find that she has an easy-breezy good time. There’ll be no pressure to chase the new man in her life, so Summer may share some laughs with Theo and enjoy herself.

As for Kyle, will he take notice of Summer and his old pal’s closeness? Will Lola be the jealous one next? Regardless, The Young and the Restless spoilers say there’ll be some fun surprises at “Villy’s” recommitment ceremony. We’ll give you updates as other Y&R news comes in. Stay tuned to the CBS soap and don’t forget to check CDL often for the latest Young and the Restless spoilers, updates, and news.