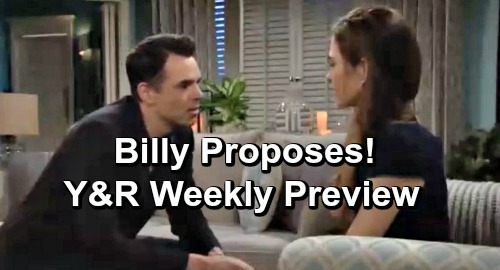 The Young and the Restless (Y&R) spoilers for the week of April 15-19 tease that there’ll be good news and bad news. The good news is that Dina Mergeron (Marla Adams) will have some lucid moments where she recognizes Jack Abbott (Peter Bergman). Dina tends to get pretty confused on any given day, so Jack should appreciate talking with a familiar version of his mom.

However, the bad news is Dina will pass along a harsh truth. She’ll take a look at some of Jack’s plans for Jabot, but she won’t approve of them. Dina will suggest that Jack’s destroying his father’s legacy. She won’t think John Abbott (Jerry Douglas) would like the direction the company’s headed in, so Jack will listen to Dina’s words of wisdom and take them into consideration.

Jack will have to decide if he’s OK with pushing the boundaries of what Jabot can be. It’s certainly better than letting the company go under! Perhaps Jack needs to be taking these risks and bringing the company into a new era. Then again, Dina may be onto something. Maybe Jack can find a way to reconcile the old and the new if he looks hard enough. 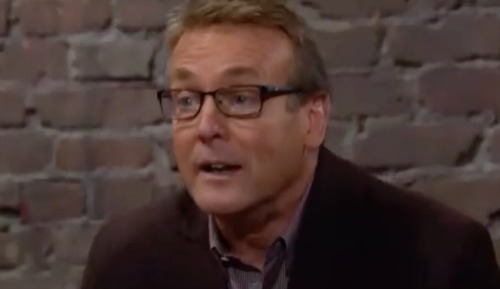 Paul will suggest that Rey seems to know more than he’s letting on. He’ll hope that even if Rey won’t crack, he’ll slip up enough to help them catch the culprit. Christine will hope Paul’s right about that. After the J.T. Hellstrom (Thad Luckinbill) debacle, they could really use a big win.

Paul will be determined to take down the person responsible, so Mia Rosales (Noemi Gonzalez) had better watch out! Rey will feel the walls closing in this week, but he’ll do his best to stay cool under pressure. Meanwhile, Victoria Newman (Amelia Heinle) will face some pressure of her own. Billy Abbott (Jason Thompson) will plan a romantic evening for Victoria and cap it off with a huge surprise.

Y&R spoilers say Billy will get down on one knee to pop the question. He’ll insist this is how it should be every night for the rest of their lives. Billy will unveil an engagement ring and ask Victoria to marry him, so she’ll worry about making the same old mistakes. Doubts will creep in, but Billy will feel like they’re each other’s destiny. He’ll push Victoria to let fate take its course.